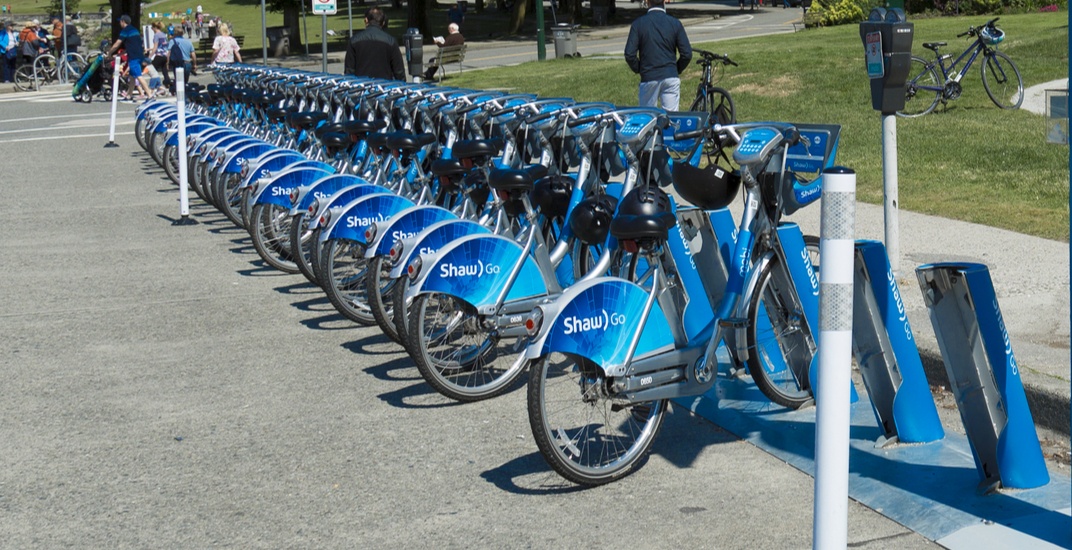 The City of Vancouver is proposing new measures that will extend Mobi Bike Share’s reach as far south as the Fraser River.

Currently, the public bike share’s service area – within the downtown Vancouver peninsula and Central Broadway area – is framed by the central waterfront to the north, Alma Street to the west, West 16th Avenue to the south, and Commercial Drive to the east.

This service area could grow even larger as the municipal government has negotiated with developers outside this service area to incorporate space within their private lands for future bike share stations.

A total of 14 sites are scattered across the city outside the service area, but city staff require the City Council to amend the zoning and development bylaw to allow for such uses on the private property. These sites are:

Another policy change relates to amending the CD-1 Comprehensive Development bylaws to allow for bike share stations on private property within the existing Mobi Bike Share service area. The municipal government has listed 12 sites under this policy:

City Council is expected to approve the policy changes next week, which is deemed the first phase in allowing bike share stations on private land across Vancouver.

A second phase in late-fall 2018 involving a further review of the zoning and development bylaw will expand Mobi Bike Share into a city-wide program. This process will also establish the design guidelines for bike share stations on private land.

Mobi Bike Share is already being expanded this year to cover Commercial Drive, Mount Pleasant, and Strathcona. By summer, this expanded service area will have 50 new bike share stations served by 500 additional bikes.

Launched in 2016, the municipal government claims Mobi Bike Share is a success, with over 57,000 users completing 795,000 trips in the city to date.

There are currently 1,400 bikes in circulation and 143 bike share stations, including 116 located on street right-of-way, 11 on city-owned institutional properties, eight on private land, and eight in public parks.