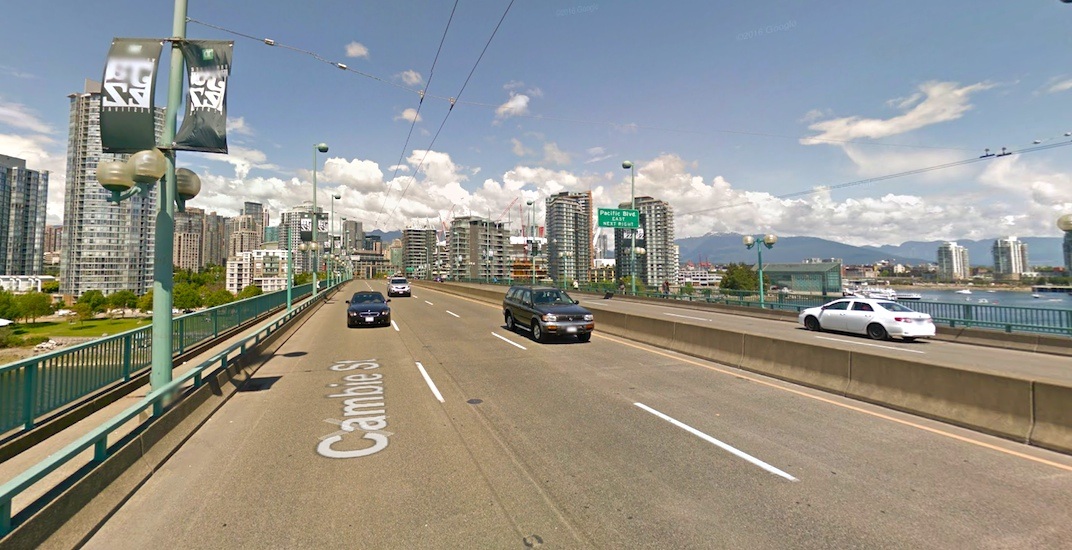 The City of Vancouver is warning the public that construction on the new bike lane on the Cambie Street Bridge will begin this Saturday.

Approved earlier this year by City Council, the $600,000 “pilot project” involves installing a new southbound protected bike lane on the curb lane on the west side of the bridge and along the West 2nd Avenue off-ramp using “temporary” concrete barriers – similar to the previous concrete barriers on the Burrard Street Bridge.

This will reduce the bridge’s southbound direction from three lanes to two lanes, and the single-lane off-ramp onto West 2nd Avenue for vehicles will be narrowed. 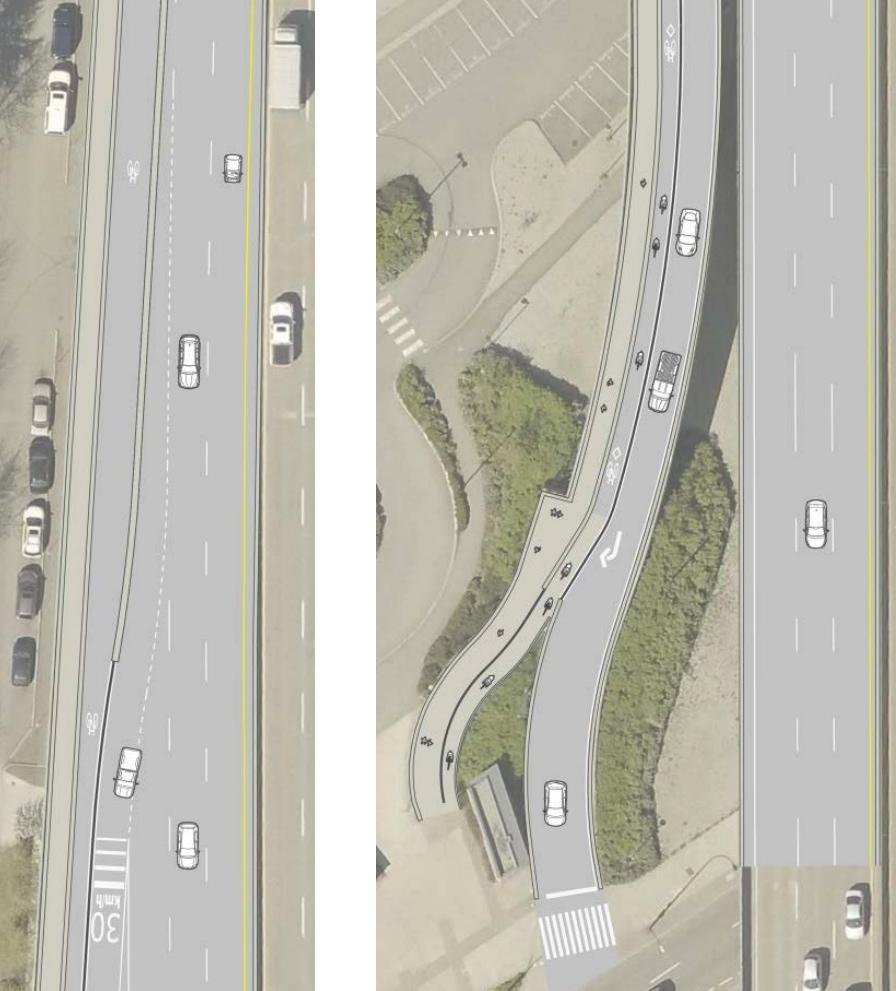 There will also be a new painted line to separate walking and northbound cycling on the bridge’s existing path on the east side, located next to the northbound lanes.

Other changes will be made to the cycling connections at the south end of the bridge.

Construction schedules will be coordinated with special events in the area, and road closures will mainly take place outside of the peak afternoon travel times and during night. The approved scope of work will be completed before the end of the month.

Future work may include further upgrades to the cycling connections at where the bridge ramps meet West 2nd Avenue, based on monitoring travel behaviour before and after construction.

The municipal government claims the new bike lane is needed as the existing pedestrian-cyclist shared path on the east side of the bridge is seeing rising conflicts from greater use, which necessitates the separation of the pedestrian and cycling uses.

Burrard Street Bridge also saw a vehicle lane reduction from six lanes to four lanes over the past decade to accommodate new protected bike lanes and wider pedestrian sidewalks. There are also similar plans to turn two lanes of the eight-lane Granville Street Bridge into cycling and pedestrian paths.