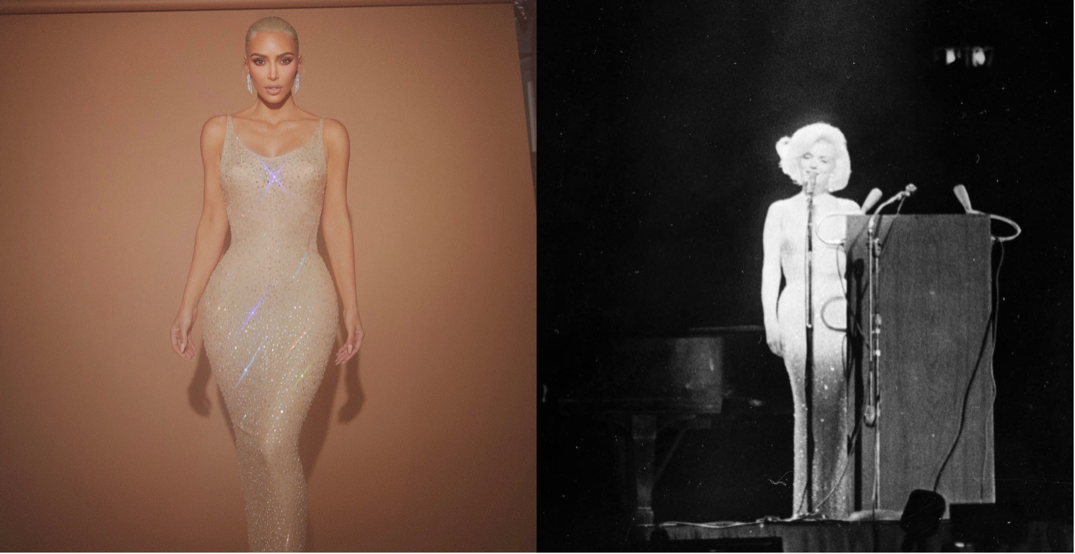 The garment was loaned to Kardashian by Ripley’s Believe it or Not!, which purchased the gown for a whopping $4.8 million at a 2016 auction.

Kardashian was asked about wearing the gown during her Tuesday, June 21, appearance on TODAY.

“It was such a process. I showed up to the red carpet in a robe and slippers and I put the dress on at the bottom of the carpet, went up the stairs. I probably had it on for three minutes, four minutes, and then I changed at the top of the stairs,” said Kardashian.

“I respect her. I understand how much this dress means to American history, and with the theme being American, I thought, ‘What is more American than Marilyn Monroe singing ‘Happy Birthday’ to the President of the United States?’” she said.

Kardashian was then asked about the claims of the dress being “ruined” after she wore it.

“No … Ripley’s, we worked together so well,” the 40-year-old replied. “There were handlers and gloves that put it on me.”

Last week Ripleys has pushed back on claims that the iconic Monroe dress was damaged after Kardashian wore it.

“From the bottom of the Met steps, where Kim got into the dress, to the top where it was returned, the dress was in the same condition it started in,” noted Ripley’s VP of Publishing and Licensing, Amanda Joiner in a news release.

The Keeping Up With The Kardashians star also revealed earlier this year that she tried on another Monroe dress, changing into Marilyn Monroe’s Norman Norell dress that she wore to the Golden Globes in 1962 the night of the Met Gala.