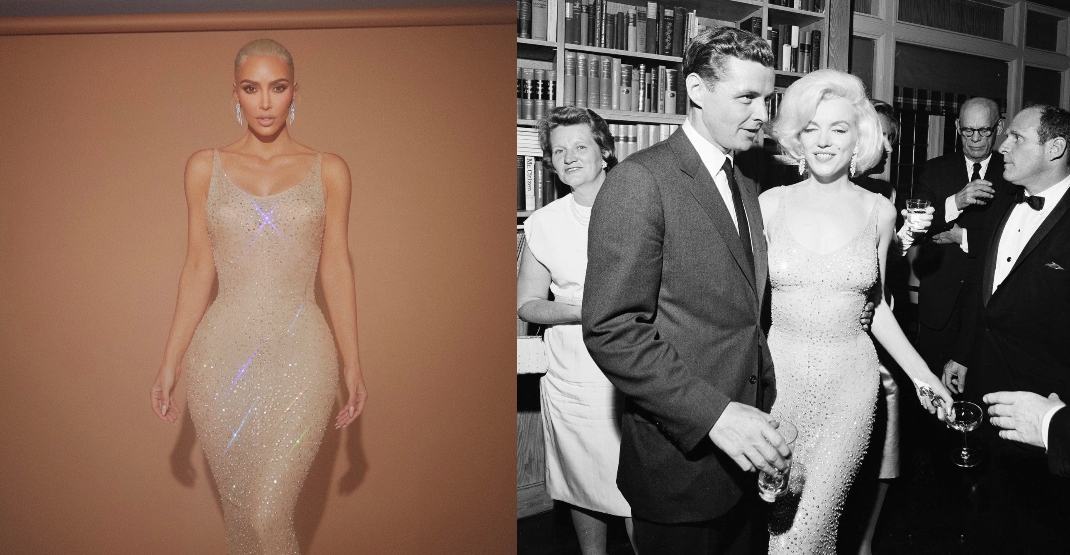 Ripley’s Believe It or Not! is pushing back on claims that Kim Kardashian’s wearing of the iconic Marilyn Monroe “Happy Birthday” dress left it damaged.

Earlier this week reports surfaced that the dress appeared to be damaged after Kim Kardashian wore it.

The garment was loaned to Kardashian by Ripley’s Believe it or Not!, which purchased the gown for a whopping $4.8 million at a 2016 auction.

The decision to loan the dress resulted in an uproar by many fans of Monroe, with some worried people were “playing with history.”

The Marilyn Monroe Collection on Instagram shared before and after photos of the gown earlier this week, which now resides at Ripley’s Hollywood location, and it appeared there may be some damage to it.

The account captioned the photos, “Just in case you missed it…Missing crystals, and some left hanging by a thread.”

Some crystals in the photos do appear to be missing with others looking quite loose on the gown.

A post shared by The Marilyn Monroe Collection (@marilynmonroecollection)

Ripley’s is now pushing back on the allegations that the dress was damaged during its time being donned by Kim K, stating “Kim Kardashian wearing the ‘Happy Birthday’ dress has been hotly contested, but the fact remains that she did not, in any way, damage the garment in the short amount of time it was worn at the Met Gala.”

“From the bottom of the Met steps, where Kim got into the dress, to the top where it was returned, the dress was in the same condition it started in,” noted Ripley’s VP of Publishing and Licensing, Amanda Joiner in a news release.

Ripley’s also added that it is not the first owner of this dress, pointing to a report written on the dress’s condition in early 2017 that stated, “a number of the seams are pulled and worn. This is not surprising given how delicate the material is. There is puckering at the back by the hooks and eyes,” among other instances of damage.

The Keeping Up With The Kardashians star also revealed she tried on another Monroe dress, changing into Marilyn Monroe’s Norman Norell dress that she wore to the Golden Globes in 1962 the night of the Met Gala.