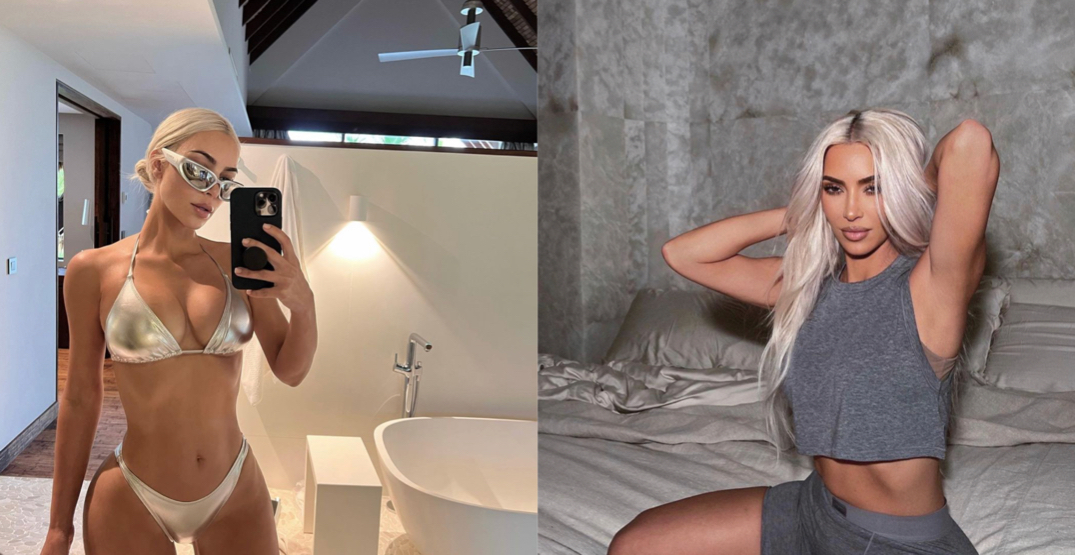 Kim Kardashian is facing fresh backlash after claiming to have set “attainable” beauty standards in a new interview.

The outrage regarding Kardashian’s donning of an iconic Marilyn Monroe dress to this year’s Met Gala and the subsequent debate regarding if it was damaged or not may have subsided, but we all know Kim doesn’t stay out of the public realm for long.

In a recent interview with Allure, the Keeping Up with the Kardashians star was asked if she feels “responsible, even guilty, for setting an unrealistic, unattainable beauty standard.”

“If I’m doing it, it’s attainable,” Kardashian said in response to the question.

“There are so many different beauty standards — whether it’s Gwen Stefani, Jennifer Lopez, Marilyn Monroe. When I was a teenager, [the look] was just blonde waifs,” she added. “My mentality was never like, you see them on TV or in magazines and pick who you want to be. It was always: Be yourself, find beauty in everything.”

In the same interview, Kardashian maintained that the only cosmetic procedure that she’d had done to her face was Botox. She denied “ever” having any lip or cheek filler, or even eyelash extensions.

“I really, genuinely care about looking good,” Kardashian then said. “I probably care more than 90% of the people on this planet. It’s not easy when you’re a mom and you’re exhausted at the end of the day or you’re in school, and I’m all of the above. I do my beauty treatments usually late at night. After everyone’s in bed, I’m doing laser treatments.”

She also went back to the New York Times interview where she said she would consider eating poop if it meant eternal youthfulness. “I was kind of joking, but now that I think about it, I would probably eat shit if someone told me, ‘If you eat this bowl of poop every single day, you’ll look younger.’”

The interview has since ignited backlash, with people calling out Kardashian’s “out of touch” and “delusional” claim that her beauty standards are attainable.

Attainable my arse. Only for those in her air bubble. And rich celebrity types similarly wrapped up in their own worlds. Laser treatments when her kids are in bed? Lol i barely have time for a shower a day as a mother & carer. #KimKardashian https://t.co/bFUJnrffDp via @InStyle

The deceit here is breathtaking. The long term harm these people have done to girls, women, popular social discourse is staggering, all the while reaping billions of dollars. That your magazine feels it needs to be complicit is just cynical and money grabbing on top.

Kim Kardashian said the beauty standards she sets are attainable because “if I’m doing it, it’s attainable.”