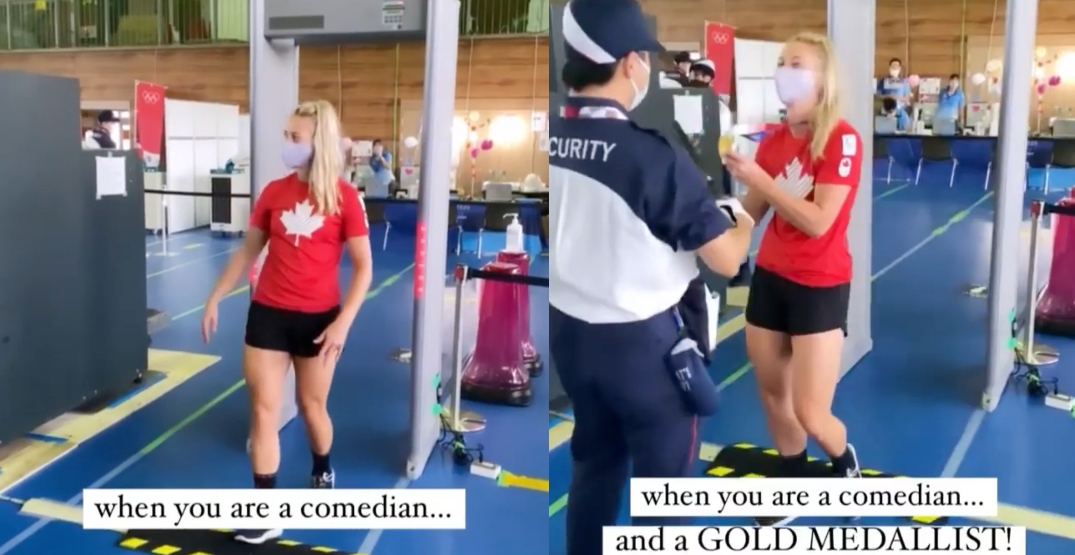 Winning Canada’s last medal at the Summer Olympics, gold medallist Kelsey Mitchell was feeling good on her way out of Tokyo.

The Canadian track cyclist, affectionately known as “Quadzilla,” clearly has a golden sense of humour. Before returning home to a hero’s welcome in Edmonton, Mitchell decided to play a small prank while passing through a security checkpoint in Tokyo. The Sherwood Park, Alberta, athlete hid her gold medal inside of her Team Canada T-shirt as she walked through a metal detector.

Mitchell pretended to be surprised for a moment, before revealing her medal — much to the delight of the Japanese security on hand.

“Shoutout to Japan! I did not see much of this country… I didn’t even have sushi!!! BUT the people were INCREDIBLE! So kind, polite, helpful, positive, friendly, AND they even laughed at my jokes,” Mitchell said in the accompanying caption.

“Thank you Japan for hosting the Olympics, for allowing people to follow and accomplish their dreams, and to show the world the power of sport!”

Daily Hive Offside appears to be one of the first media outlets to have re-shared the security prank video on Instagram, which has since gone viral, being shared by the likes of CBC, TSN, and Sportsnet in Canada. It was even shared by the Instagram account of ESPN’s SportsCenter in the United States, generating over 700,000 likes and more than 5,000 comments. 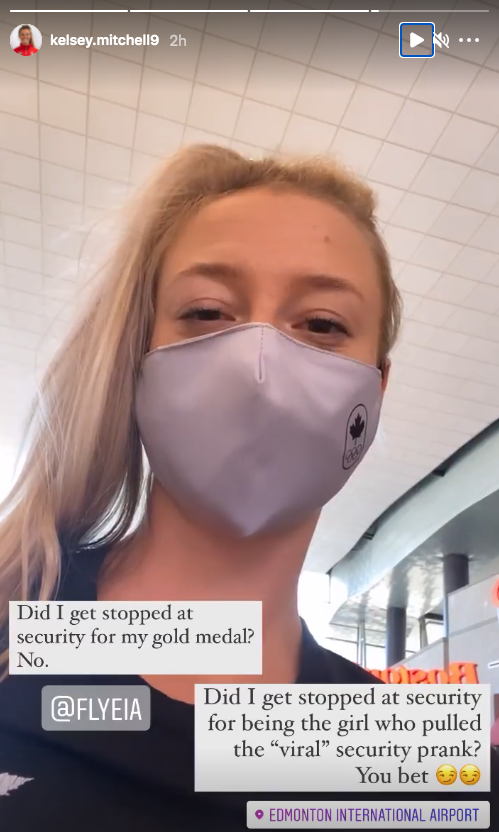 The Tokyo Olympics were the most successful Summer Games Canada has ever had at a non-boycotted event, racking up 24 medals. Mitchell’s win was Canada’s seventh gold medal of the Games, which tied the national record for most gold medals won at a non-boycotted Summer Olympics.