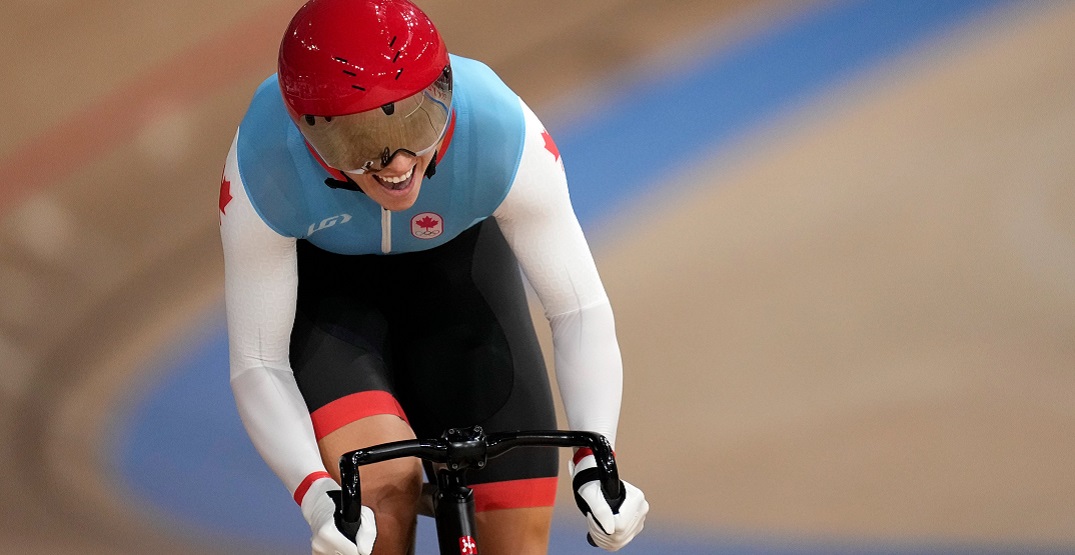 Canadian Kelsey Mitchell has won the gold medal in the Olympic final of the women’s track cycling sprint event in Tokyo.

In a best-of-three matchup in the final, Mitchell won her first two races to win her first career Olympic cycling medal.

Facing off against Ukranian rider Olena Starikova, Mitchell powered through for a tight finish in the first race, winning the three-lap sprint just 0.006 seconds ahead.

In the second and decisive matchup, Mitchell pulled ahead of Starikova early and held on to clinch the gold medal.

KELSEY MITCHELL is golden on the track 🥇🇨🇦

In the bronze medal series of races, Germany’s Emma Hinze fell to Hong Kong’s Lee Wai Sze, who claimed the third-place prize.
Mitchell defeated Hinze in the semifinal approximately half an hour earlier, winning the first and third races in their best-of-three matchup to secure a spot in the final.

Canada’s Lauriane Genest, who won bronze in the keirin event a day prior, finished eighth in the track cycling sprint event.