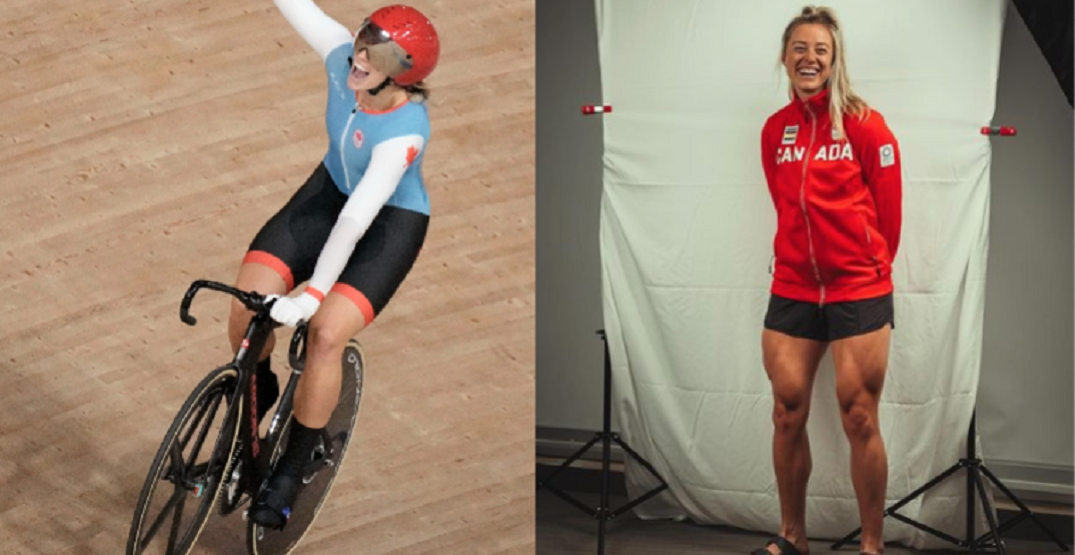 Canadian cyclist Kelsey Mitchell can be called many things: an Olympic hero, a gold medallist, and, er, the endearing nickname ‘Quadzilla’?

Winning Canada’s final medal of the Tokyo 2020 Summer Games, the sprint cyclist gold medallist made headlines for a few reasons.

On the last day of competition, cyclist @_kmmitchell added GOLD in the women's sprint event, Canada's 24th medal of these Games pic.twitter.com/9X3l3YnWQK

The 27-year-old Mitchell is from Sherwood Park, Alberta, and was competing in her first Olympic Games.

Mitchell actually only took up competitive cycling in 2017, and is now an Olympic champion despite having years less experience than many of her closest competitors.

But it was her nickname — a combination of, well, the quadricep muscle and the fictional monster Godzilla — that had many laughing and impressed at Mitchell’s leg muscles.

Those legs! No wonder she is nicknamed “quadzilla”. Amazing way to end the Olympics for Canada #gold 🇨🇦 pic.twitter.com/Ryn2sTvGVj

“Do you even lift bro?” jokingly commented Canadian soccer goalie Stephanie Labbe on a photo of Mitchell.

“Well if this doesn’t intimidate your Olympic competition I don’t know what will. 😂 #quadgoals,” added Irish cyclist Orla Walsh.

In just four years of training, Mitchell provided the archetype for what Canadian athletes can accomplish when trying a new sport. A former soccer player at the Northern Alberta Institute of Technology (NAIT), Mitchell attended an RBC-run training camp following the Rio Olympics and found herself, well, a very successful new niche in sports.

“I feel amazing,” Mitchell said in a post-race press conference. “I feel a lot of emotions and all I’m thinking about right now is my family, friends, teammates, Cycling Canada staff, and everyone who made this possible. You guys all pushed me to this moment and I am just so grateful and all the hard work has paid off.”