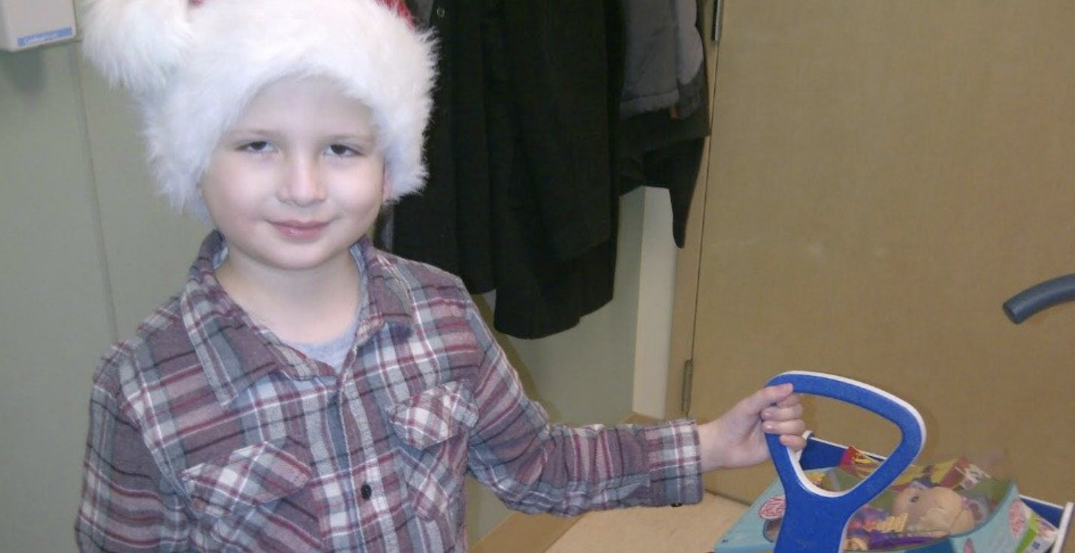 An annual toy drive to honour a little boy’s holiday wish is returning this year, and this year organizers have included virtual donations to make it easier to support the important causes.

The 10th annual Keian’s Holiday Wish Toy Drive is taking place until December 10. New, unwrapped toys for donation to BC Children’s Hospital and Canuck Place Children’s Hospice are being collected by Team Keian in the memory of a loved son who passed away at the age of six after being diagnosed with Leukemia.

“Keian was full of compassion and wanted critically ill children to feel surrounded by the magic of the holiday season,” said Keian’s family in a release. “This is why we will continue to make a difference, both with him and for him.”

As they did in 2020 to ensure the safety of everyone during the pandemic, Team Keian has also created an Amazon Wish List. Supporters are able to shop online and have their donation for the children shipped directly to the organizers. The team is also continuing to collect monetary donations. 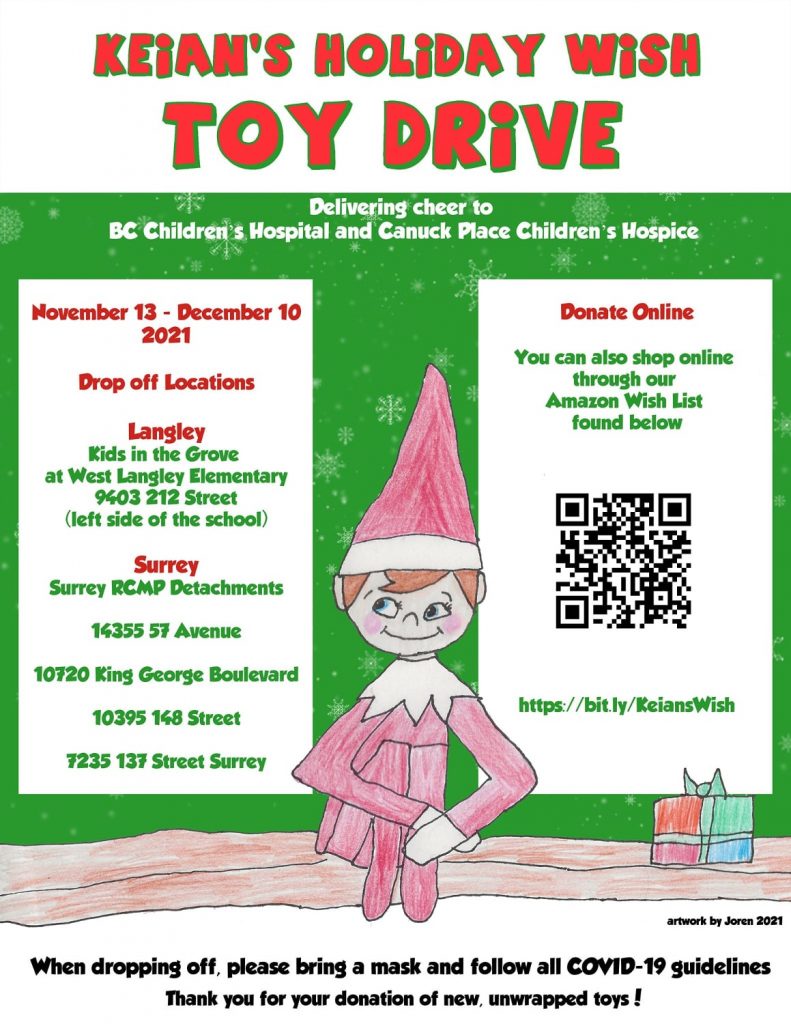 In 2012, five-year-old Keian Grainger Blundell was diagnosed with T-Cell Acute
Lymphoblastic Leukemia. He responded well to treatment, and by August 2012, he was in remission. But a few months later in December, doctors informed Keian’s family that his Leukemia had returned.

After the operation, things appeared to get back to normal until July, when Keian returned to the hospital for a follow-up procedure. His family was then given the devastating news that his Leukemia had returned for the second time in over 90% of his marrow.

“On the days leading up to his last Christmas, his decline was undeniable, and it was soon after that we felt we could no longer care for his complex care needs on our own,” said Keian’s family. “On New Year’s Day, our family returned to Canuck Place Children’s Hospice. On January 1st 2014, Keian passed away in our loving arms.”

The little boy is remembered as being able to find “the silver lining in every cloud.”

“He faced his challenges with bravery and encompassed wisdom far beyond his years. He rarely complained, whether pain, hair loss, or the many adversities children with a cancer diagnosis face. Despite his own battle, he was passionate about helping children and their families living with a childhood cancer diagnosis,” said Keian’s family.

“We will always remember his own words that first Christmas he was diagnosed: ‘This is the best Christmas, EVER!’ This is what Keian wanted everyone to experience, especially so these children with life-threatening illnesses. This is Keian’s Wish,” said his family. 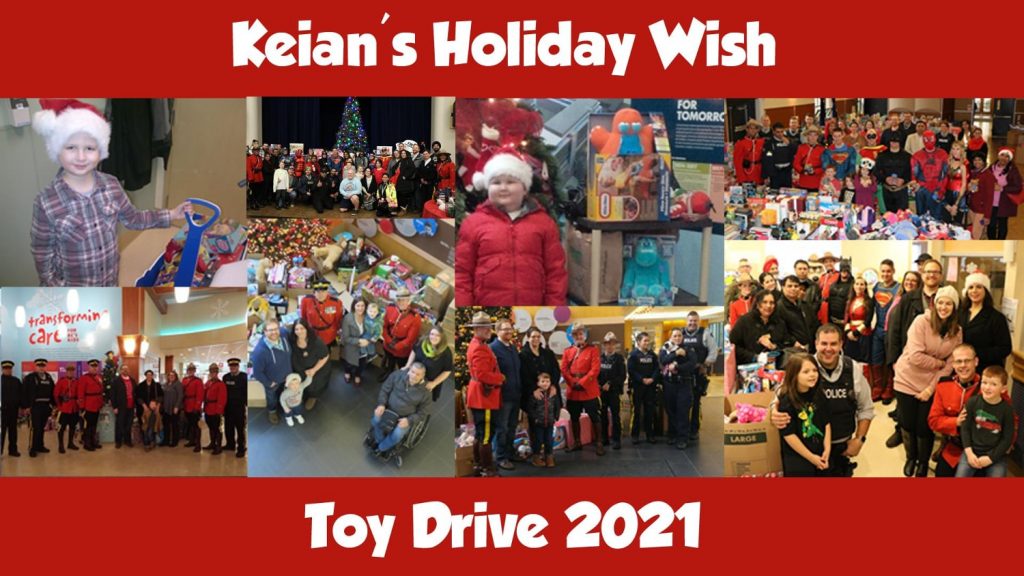 In the 10 years since Keian’s Wish began, over 18,000 toys have been delivered to kids suffering from life-threatening illnesses.

People dropping off toy donations are asked to wear a mask and follow all COVID-19 guidelines.

Items on Keian’s Holiday Wish Toy Drive 2021 can also be purchased for donation from the Amazon Wish List.

For more information about how to help support Team Keian, contact [email protected]