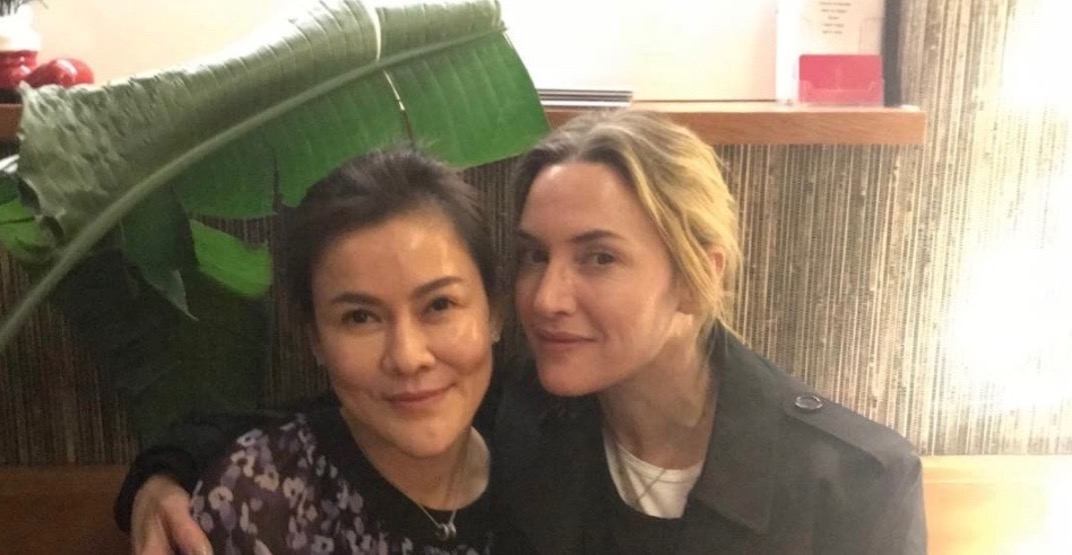 Kate Winslet is slowly making her way back to some of her favourite spots in Vancouver, and she’s documenting her foodie journey every step of the way.

The star visited Honey’s Doughnuts in Deep Cove earlier this week, and last night she returned to Maenam, a popular Thai restaurant in Vancouver’s Kitsilano neighbourhood.

Winslet was first spotted enjoying authentic East Asian cuisine at the 4th Avenue restaurant last year, and she recreated the 2016 photo with one of the Maenam owners last night.

Clearly Kate can’t get enough of Chef Angus An’s eats and we totally understand why – that menu is fire.

Winslet first stumbled across this local gem while filming The Mountain Between Us with costar Idris Elba in winter 2016, where she also took a photo to make the occasion.