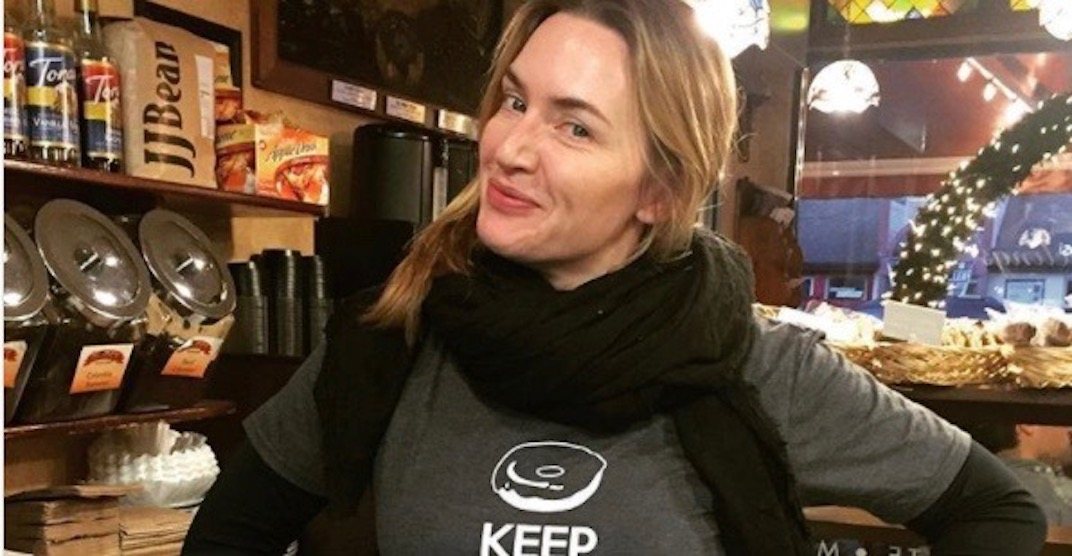 We’ve said it before and we’ll say it again, Kate Winslet REALLY loves Honey’s Doughnuts. And she reminded us of her affinity for the delicious glazed carb bombs again today via Instagram.

Honey’s took to their social media platform to post a pic of Kate sporting one of their doughnut swag tees in their North Vancouver bakery on December 11, and to be honest she’s never looked happier.

The star is in town visiting the 4373 Gallant Ave shop once again, and we’re not surprised considering a video of Winslet at TIFF gushing about the local doughnut purveyor went viral last year.

“I love Vancouver. I was so happy to be there and so sad to leave,” she told reporters, referencing her recent stay in the city to shoot The Mountain Between Us alongside co-star Idris Elba.