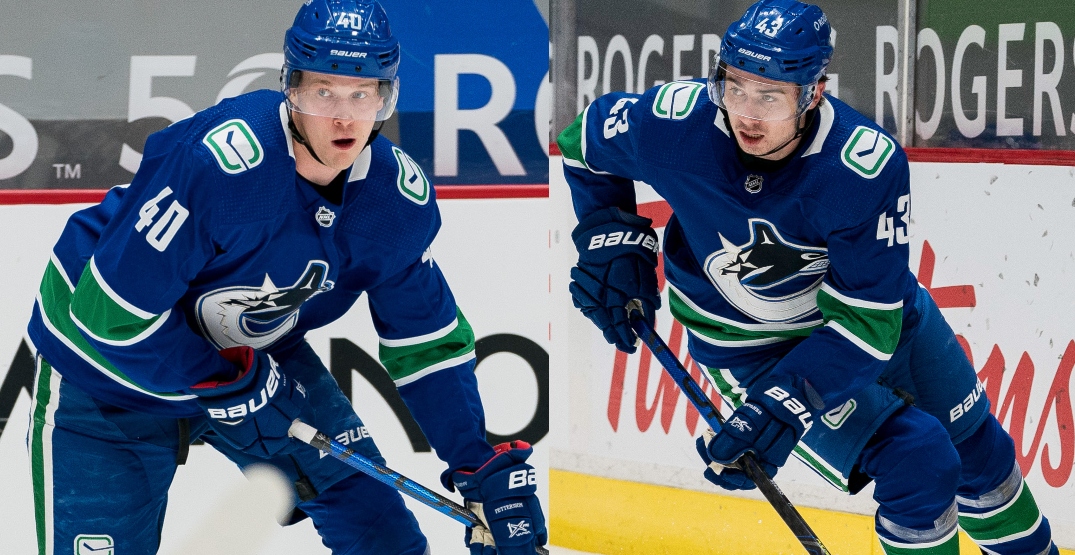 The days are getting shorter and the air is getting cooler. Thankfully, this year, that means hockey season is around the corner.

Vancouver Canucks prospects like Vasily Podkolzin and Danila Klimovich will take to the ice at Rogers Arena for rookie camp on Friday. Full training camp begins next week, as Travis Green starts putting players through the paces in just nine days.

Many players have arrived in anticipation of the new season, with at least two major exceptions.

Restricted free agents Elias Pettersson and Quinn Hughes are still unsigned, and while that shouldn’t be cause for panic, every day that ticks by will increase anxiety levels for fans.

Never before in Canucks history have contracts for two players in their early 20’s carried so much importance. Pettersson (22) and Hughes (21) are already the best two players on their team, and the sky is still the limit for both.

Unfortunately for Jim Benning and Canucks management, the sky is seemingly the limit for their contracts too.

Tight squeeze under the cap

If the Canucks decide to carry the maximum 23 players on their active roster, they’re projected to have about $16 million in cap space. They could decide to carry only 22 players, which could save them nearly $1 million more, but that doesn’t offer much wiggle room.

They do have their AHL affiliate in Abbotsford now, which will make shuttling players up and down from the minors much easier to do.

Just what the final cap numbers will be for Pettersson and Hughes will depend on the term they agree to. The NHL will be dealing with a flat cap for the foreseeable future, and perhaps that encourages bridge deals.

A strong contract comparable to Pettersson is Mathew Barzal, who signed a three-year contract worth $7M per year with the New York Islanders back in January.

The cost for young defencemen has seemingly gone up this offseason, as three young blueliners signed mega-deals in July. Hughes should slot in below Cale Makar (6 years, $9M AAV) and Miro Heiskanen (8 years, $8.45M), but he likely won’t accept much less than them on a long term deal.

Canucks have waited in negotiations before

Bo Horvat and Brock Boeser each signed their last contracts in September, so we aren’t exactly in unchartered territory.

Horvat inked his new deal in 2017 just four days before the first day of training camp, while the Canucks began camp without Boeser in 2019. Boeser signed four days into camp, on the same day as their first preseason game.

While the Canucks don’t play a game that matters for another month, it would get awkward if they began camp without one or both of their stars. The Canucks run the risk of starting off on the wrong foot if either player misses significant time in the preseason, as the coaching staff will surely want to build chemistry.

The Canucks play their first preseason game in 12 days.

Both Pettersson and Hughes are represented by CAA Hockey, which includes top agents like J.P. Barry and Pat Brisson.

“We’re going to look at everything, but I think anything for Pettersson will be five [years] or under, and then we have to look at with Quinn whether or not we can do a little more or not. We’ll probably explore some of that, but that’s where we are right now,” said Barry.

Given that the Canucks appear to have a combined $16M earmarked for both players, let’s assume they each come sign deals with $7M-$8M cap hits. That likely means both players are heading for short-term deals.

So, how about some predictions?

While the term for both players is shorter than fans might like, barring a trade, the Canucks simply don’t have enough money to sign both long term.

Pettersson’s deal matches Barzal’s contract from January, which seems fair for both sides. A two-year term on a Hughes deal would be less than ideal for the Canucks, who will also have to re-sign Horvat and J.T. Miller in 2023. But how else can you convince Hughes to sign for a full $2 million less per season than former Calder Trophy rival Makar?