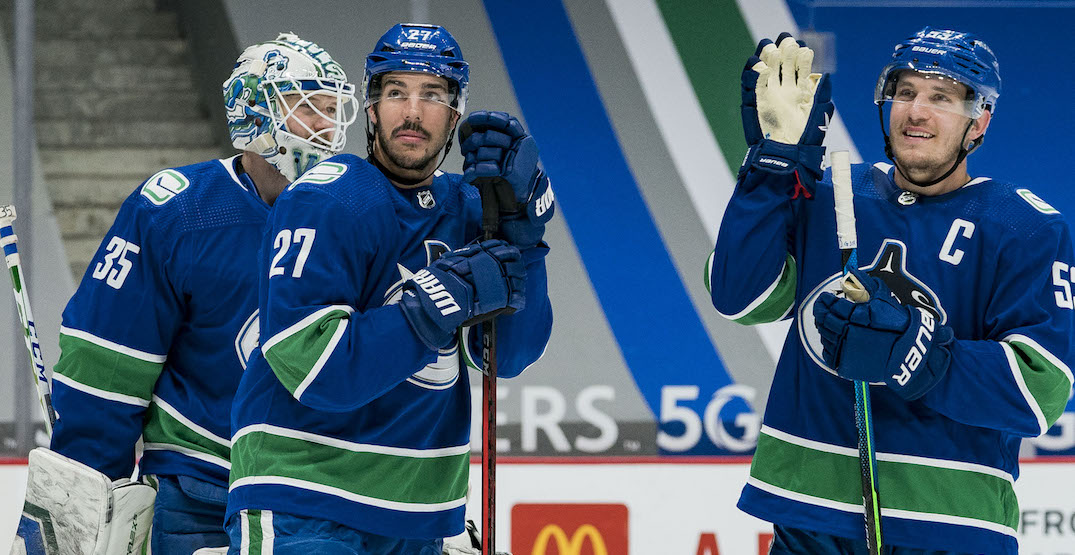 For the first time in 560 days, local hockey fans will be able to watch the Vancouver Canucks play in person on Monday.

Tickets went on sale this morning for the Canucks’ first home preseason game, taking place on Monday in Abbotsford against the Calgary Flames. Ticket prices start at $72.89 (including taxes and fees), and top out at $105.34.

Capacity will be capped at 50% at the 7,000-seat Abbotsford Centre, and proof of vaccination is required for fans 12 and older to enter the arena. Inside the stadium, fans must wear face masks unless they are actively eating or drinking at their assigned seats.

Puck drop is around the corner! Purchase your tickets today to our first pre-season game in Abbotsford on September 27 at 7:00 PM.

Canucks training camp begins with off-ice testing on Wednesday at Rogers Arena, with the team’s first in-person media conference since the pandemic also taking place. On-ice training sessions are being held Thursday, Friday, and Saturday in Abbotsford and are open for fans to attend. Tickets are available for just $5.50, with proceeds being donated to the Canucks for Kids Fund.

The Canucks will also be raising money for charity with their 50/50 program, which runs throughout training camp, with the draw being held after the second intermission on Monday.

Vancouver begins the regular season with a six-game road trip, starting on October 13 in Edmonton, and concluding October 23 in Seattle. The Canucks’ home opener is on October 26 against the Minnesota Wild.