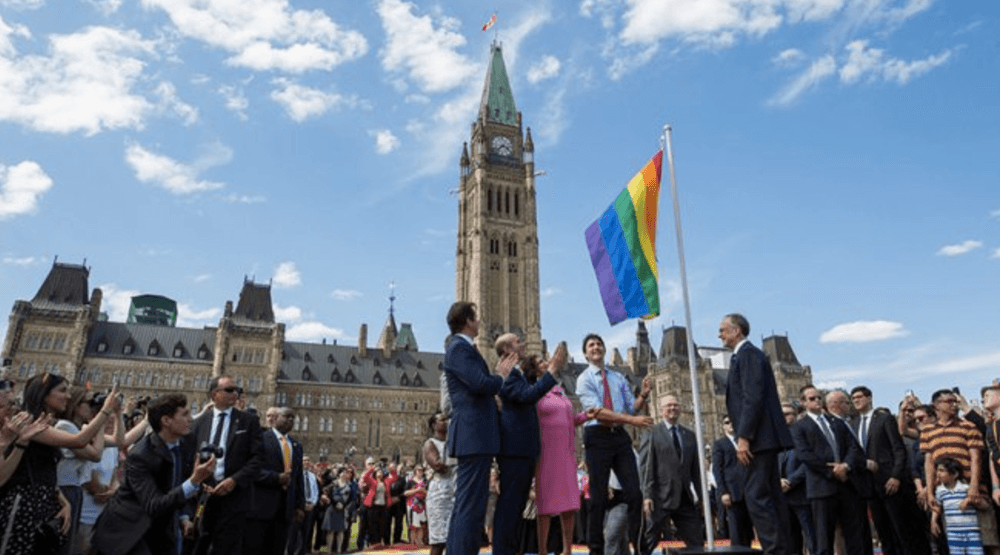 Prime Minister Justin Trudeau has promised legislation and an apology to address the historical injustices experienced by Canadians due to their sexual orientation, gender identity, and gender expression.

On Wednesday, Trudeau attended a Flag Raising Ceremony for Pride Month on the front lawn of Parliament Hill, where he also announced that legislation will be introduced to erase convictions of Canadians found guilty under historical and unjust laws for engaging in sexual activity with a same-sex partner.

Homosexuality was not decriminalized in Canada until 1969, after Trudeau’s father, Pierre Trudeau, then Justice Minister, introduced the relevant amendments to the Criminal Code.

“Our government believes in equality and equal treatment for all Canadians,” said Justin Trudeau in a statement.

“That is why we are moving forward on legislation that makes it possible to erase the convictions of Canadians who were unjustly convicted of a crime – simply for who they were, or who they loved.”

#DYK the #Prideflag was flown on Parliament Hill for the 1st time for Pride Month 2016. #FreeToBeMe pic.twitter.com/L4JWM6JCpT

Trudeau also became the first sitting Prime Minister to march in Toronto’s annual Pride Parade last year, as well as the first to march in both Vancouver‘s and Montreal‘s as well.

Pride Month is currently being celebrated in cities across the country.

The legislation is expected to be introduced later this year.