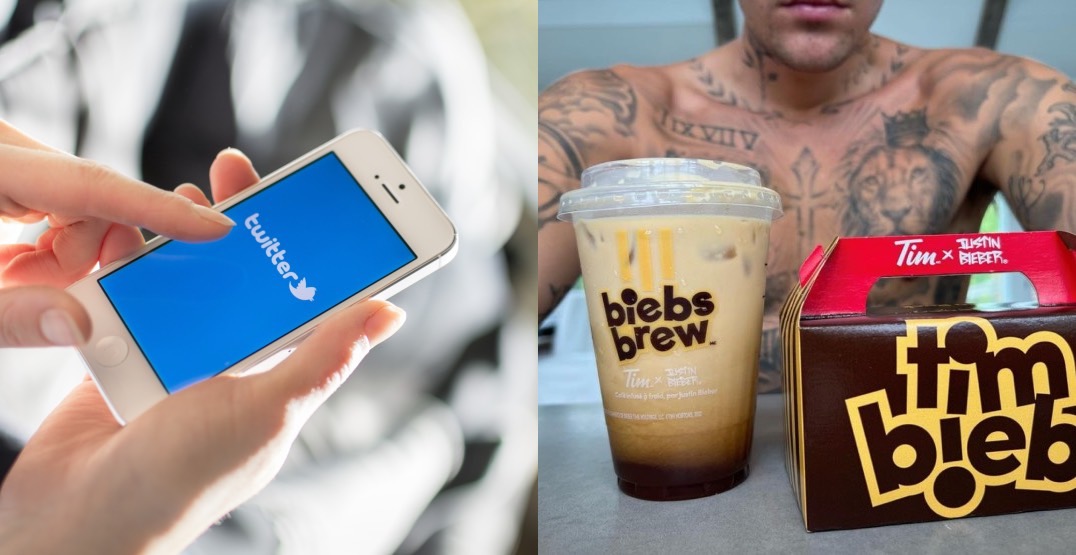 Tim Hortons and Justin Bieber are back with a new collaboration that just launched.

There’s also limited amounts of merchandise like beanies, fanny packs, and tote bags up for grabs.

Biebs Brew, a creamy French Vanilla cold drink, is brand new, along with a new tumbler to to go with it.

So, is this new drop worth the hype?

Twitter users definitely have their opinions just a day after the initial June 6 launch. Even Drake got in on the excitement by posting an Instagram story with a ridiculously sized box of the Justin Bieber Timbits.

These are some of the best tweets, comments, and replies on Twitter after people finally got their hands on the highly anticipated goods.

Umm hi @TimHortons i need a refund this is not the drink Justin made I can guarantee it #biebsbrew you’d think they would add coffee to it.. pic.twitter.com/Hr2S0OrJh3

It definitely seems like most of the comments about the Biebs Brew is that it looks nothing like it’s supposed to be based on the pictures.

It seems like even a Tim Hortons employee wasn’t super hyped on the new Biebs Brew drink.

“So i work at tim hortons and im not looking forward to my next shift where the #BiebsBrew is going to be sold,” said the Twitter user. “It is most likely going to be tasting like an aspartam-like aftertaste and just bitter.”

“Went and got the #biebsbrew from @TimHortons I’m not a fan of the coffee itself but I had to support my babe @justinbieber,” posted another user on Twitter.

“ok but I think the #BiebsBrew is kind of gross,” posted another.

So disappointed! this is what #biebsbrew #timhortons is supposed to look like @timhortons @justinbieber and this is what I got! pic.twitter.com/8JowgMIL14

Pretty sure my #BiebsBrew isn’t supposed to look like this. 🤢🤢 @TimHortons

It wasn’t all negative reactions, though.

“This biebs brew is soooo good,” said one person on Twitter.

“Second Biebs Brew of the day absolutely love it and got the tumbler,” posted another.

Got my biebs brew!! So good!! 😍 @TimHortons @justinbieber #biebsbrew pic.twitter.com/yvOqhyID6V

There also seems to be a few Twitter users that weren’t even able to grab any of the new drop.

no cause my cousin and i went to tim hortons to try the #BiebsBrew and #TimBiebs and they didn’t even have the timbiebs, cups, or merch 🧍🏽‍♀️ im so disappointed

Opinions are strong on both sides, so you’ll just have to go to Tim Hortons yourself and see what you think about the new collab with Justin Bieber.