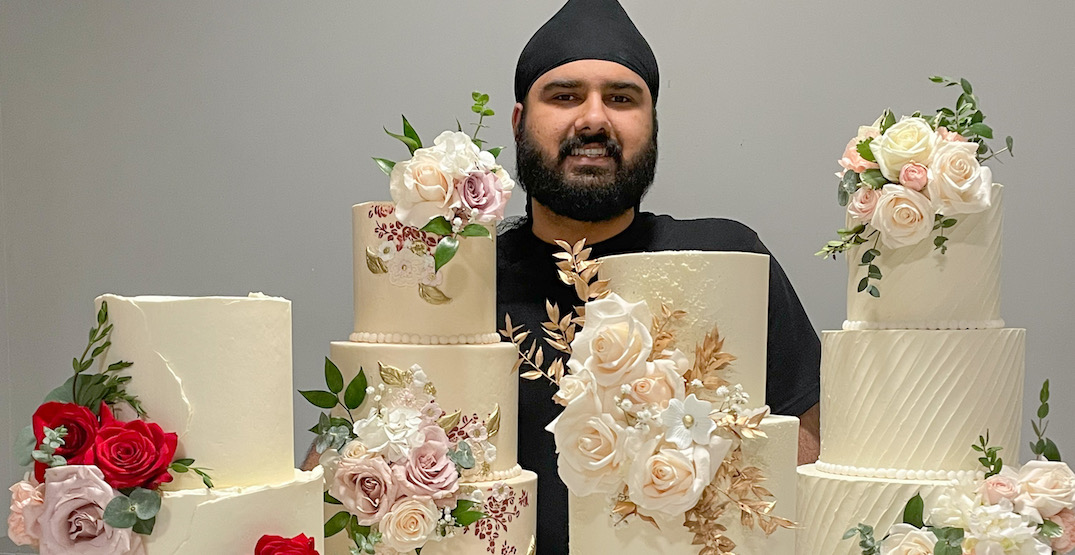 Jujhar Mann has been extremely busy.

The 23-year-old pastry chef and baker from Surrey runs his own business on Instagram and was formerly a competitor on the Food Network Canada’s Great Chocolate Showdown in 2020.

These accomplishments all occurred while Mann was a student at Simon Fraser University, completing a degree in marketing, while also completing pastry school alongside world-renowned pastry chef Amaury Guichon.

Mann shows no signs of slowing down, either, as he’s currently in the works to expand his online bakeshop – called Mann and Co. Bakeshop – into a brick-and-mortar storefront, all while tackling a busy wedding season. 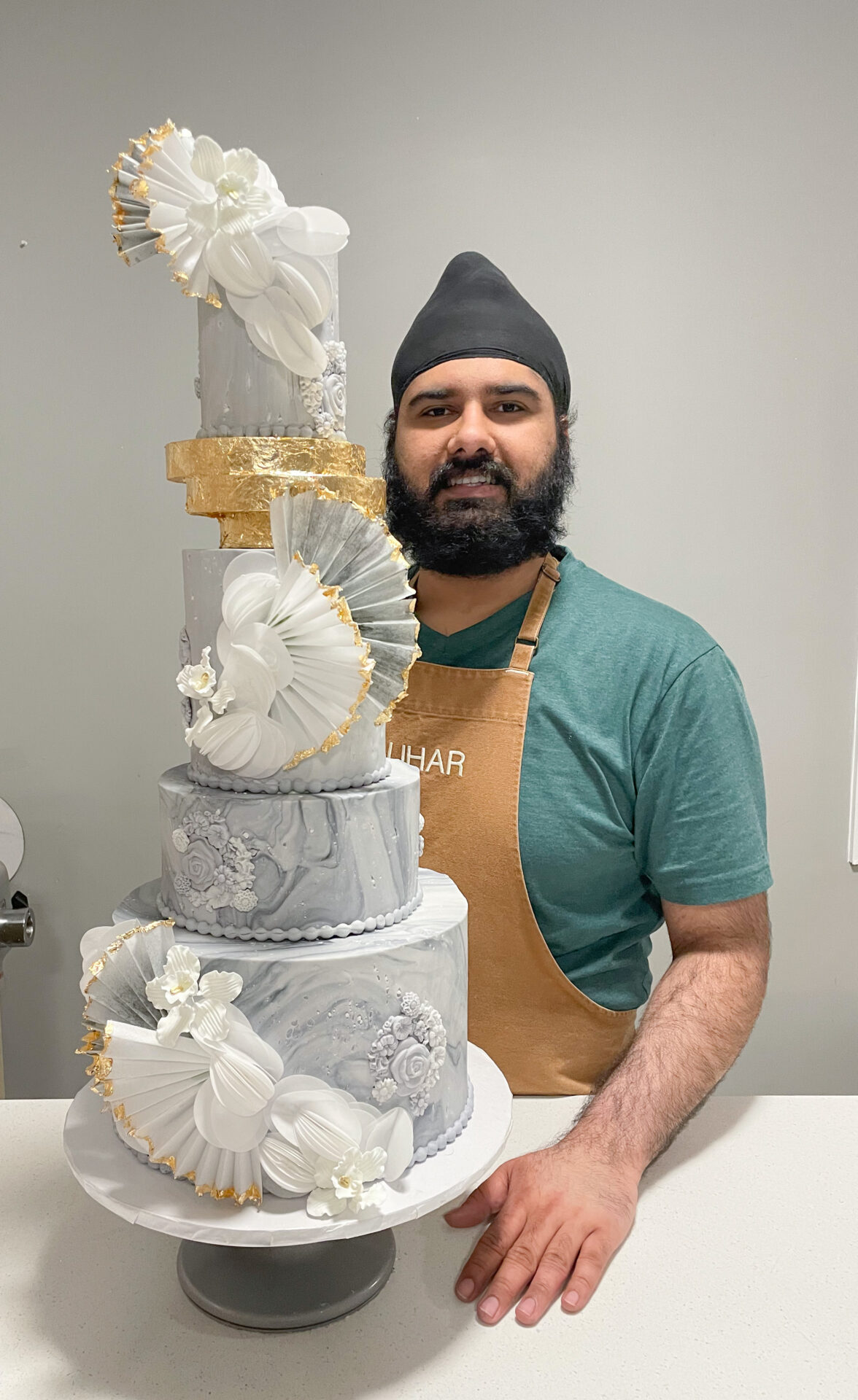 Ahead of the bakeshop’s projected opening this fall, Dished had a chance to chat with Mann about what led him here and what kind of wildly ambitious plans he has for his future.

“My love for baking started when I was in Grade 4,” Mann shares. This love affair started, at least in part, from his obsession with baking shows, he says.

“Being a South-Asian male, baking isn’t something supported in my culture as a career path, so I knew this is something I would never do,” he says. 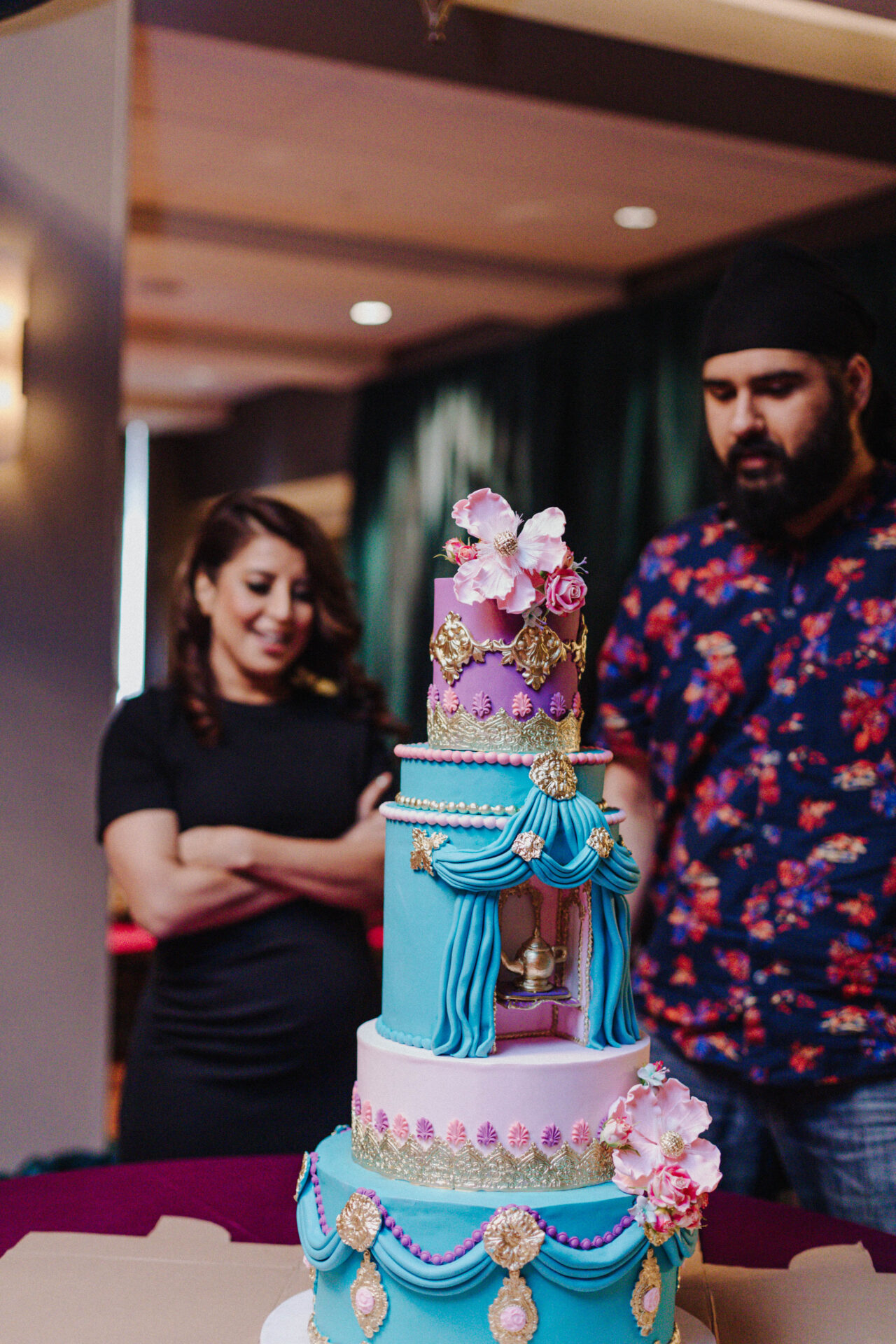 Apparently, though, fate had other plans, because shortly after Mann started university in 2018, he began baking as a creative outlet. He started his Instagram page to share his baking creations and, shortly after that, “this hobby became a small business.”

By 2020, Mann had applied to be on Great Chocolate Showdown, an experience he says was amazing but also “super stressful.” 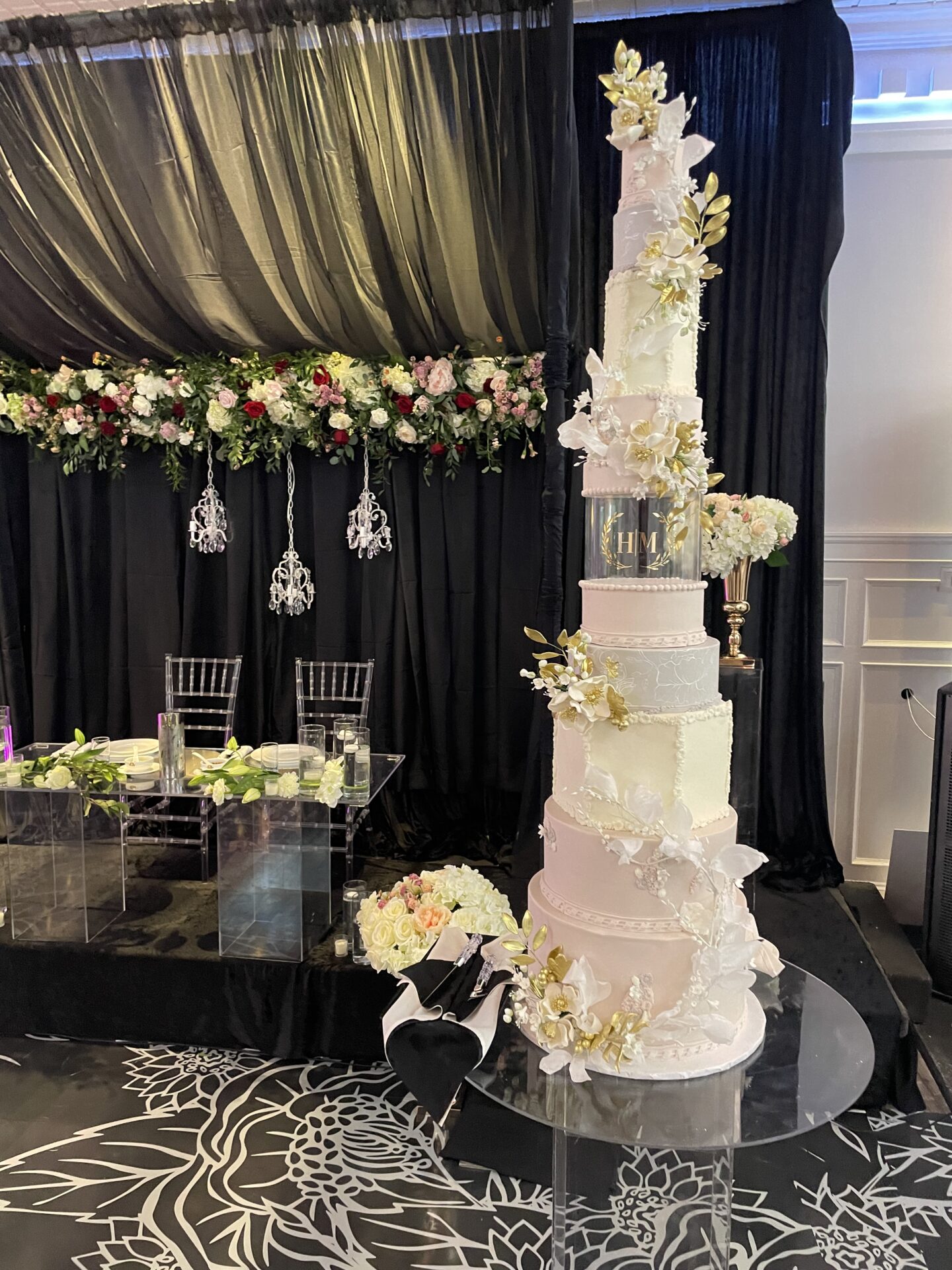 “Filming a show is no joke. During these few weeks, we were fully committed to filming, waking up early around 5 or 6 am, arriving on set at 7 am and ending the day around 11 or 12 am. It was challenging for me to balance it all as, after a long day, I had to catch up with school,” he says.

The hard work has clearly paid off, though, as Mann and Co. Bakeshop has turned out to be an incredibly successful business over Instagram.

The bakeshop, which currently operates out of a studio space, “specializes in delicious wedding cakes, celebration cakes, and desserts with a flair of French and Asian influences.” Mann loves the way that Instagram has allowed him to connect to and befriend his followers – a dedicated following that has grown to more than 12 thousand. 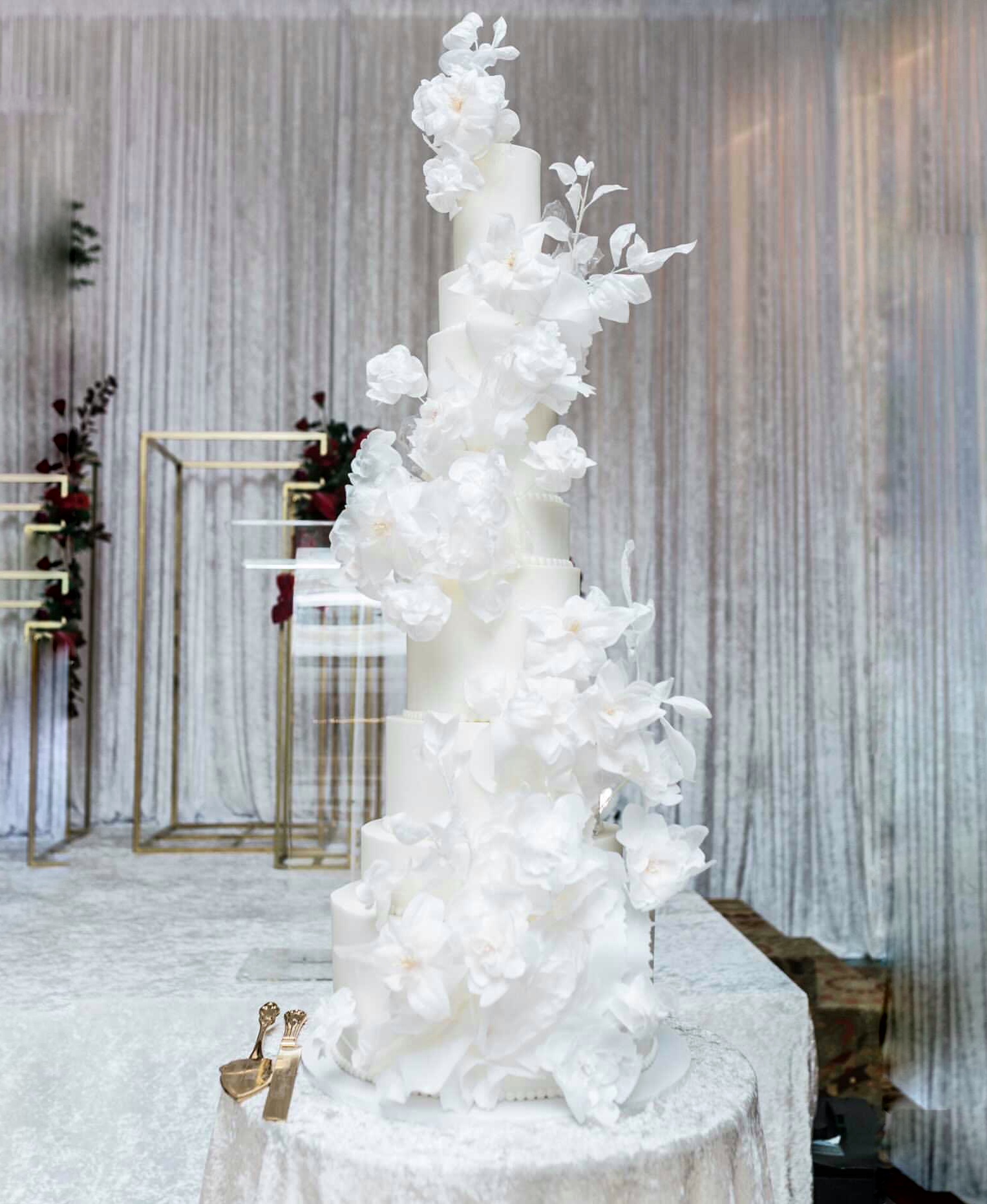 He draws inspiration from everywhere, but especially from fashion: “For one of my recent favourite wedding cakes I’ve made, I was inspired by a model wearing a choker necklace and used that as inspiration for gold staggered tiers.”

As for the brick-and-mortar space, Mann says he’s excited but nervous about the new chapter. 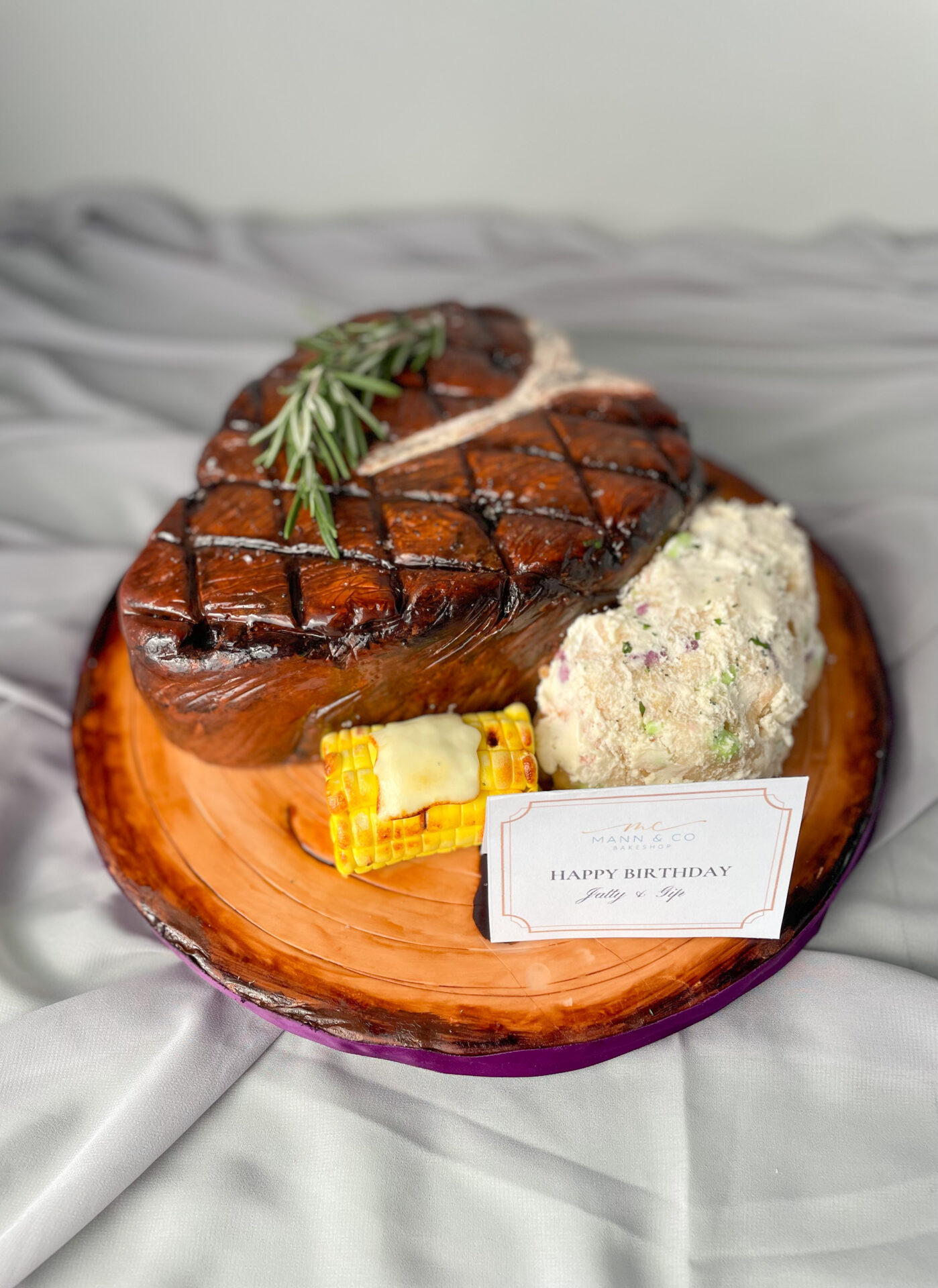 A realistic cake that looks like steak! | Courtesy Jujhar Mann

“We are still planning what the menu will be, but our goal as always has been creating something delicious, made from scratch, and beautiful. On the menu we are planning to offer a mix of sweet and savoury items that represent us – fun and sophisticated!” he says.

In addition to loving the creative and fun aspect of working as a professional baker, Mann feels very strongly about supporting and inspiring youth – especially young men – to follow their dreams of baking. 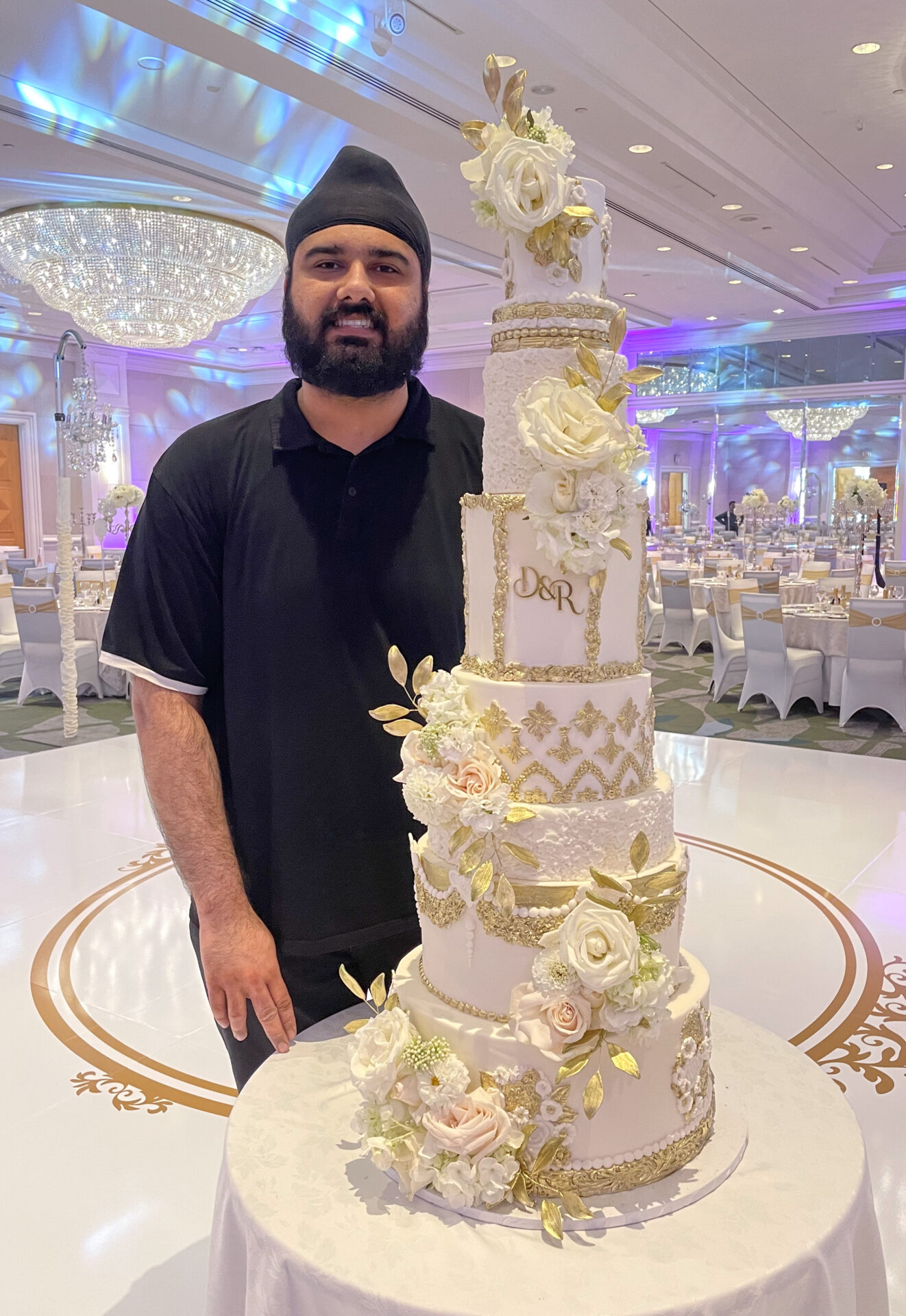 He hopes to “create an online program about baking and cake decorating,” do more work in TV (including starting his own baking show one day!), and expand the bakeshop into a cafe one day, too.

His advice for others who hope to start their own cake business?

“Never be afraid of failing because your failures are what will help you learn and become a better artist. Always strive for the best and be proud of your creations. Your journey is going to be beautiful and unique, so never compare it to anyone else’s.”

Stay tuned for more details on the Mann and Co. Bakeshop storefront, opening this fall.