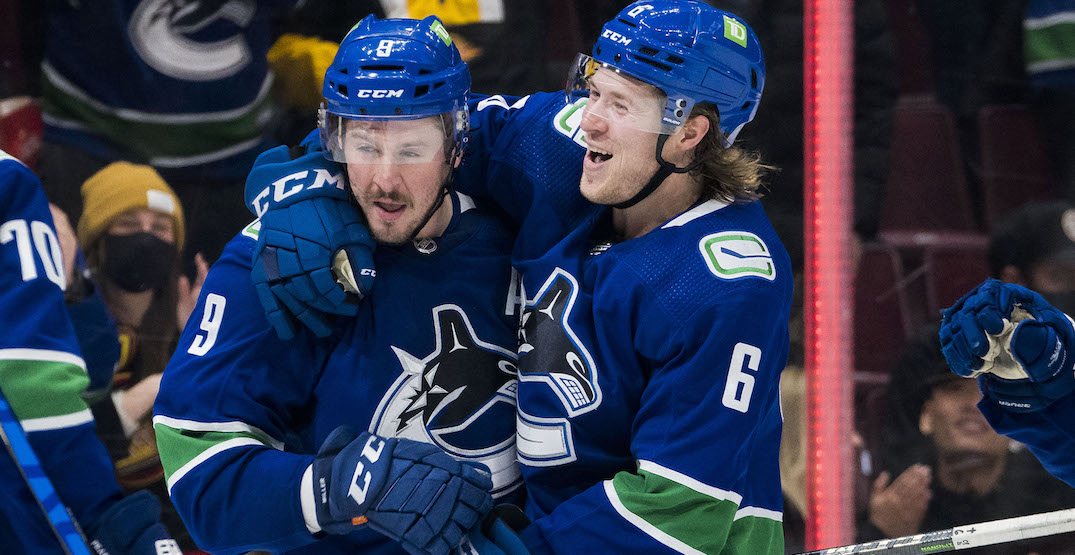 The Vancouver Canucks’ playoff dreams were seemingly dashed on Sunday, following a 3-2 overtime loss to the Buffalo Sabres on home ice.

It was their third straight loss, and their fifth loss in six games — all on home ice.

The team traded Tyler Motte for a draft pick on trade deadline day, and with a difficult four-game road trip staring them in the face, many fans and media were beginning to focus on next season.

But if the playoffs this season are really a lost cause, someone forgot to tell the Canucks players.

Vancouver earned a surprising and impressive 3-1 win over the Colorado Avalanche on Wednesday night. They were full marks for the victory, doing so with Jaroslav Halak backstopping them.

“That was the ballsiest effort we’ve had this season,” J.T. Miller told reporters after the game. “There’s no doubt wins like that are very contagious and we feel great about it.”

Miller, who has become somewhat of a team spokesperson this season, was outspoken after both of the Canucks’ last two losses. He called into question their effort level, which is a real indictment at this time of year.

But the Canucks rose to the occasion against the league-leading Avalanche, Miller said.

“We needed a win. We’re still not out of it. We want to win hockey games.”

Making the playoffs is still a long shot, of course. The Canucks are three points back of the Dallas Stars, but have three fewer games remaining.

But for as quickly as the Canucks seemingly fell out of playoff contention, they have the opportunity to change the narrative quickly.

Is it likely? Of course not. They play in Minnesota tonight on the second half of a back-to-back.

But winning in Colorado didn’t seem likely 24 hours ago either.

If the Canucks can beat the Wild tonight, it could set up a meaningful showdown with the Stars on Saturday night.

“This is going to be an awesome road trip for us, I don’t think we’re done yet,” Miller added.

To get to 95 points, which is likely close to the total needed to make the postseason, the Canucks need to go 12-4-1. That’s tough to do, but Miller says that’s nothing new for their group.

“Nothing’s changed since Bruce came in. We know we needed to win 70% of our games, or more… to get into the playoffs. Nothing’s changed. It doesn’t matter if you win at home or on the road. Yeah, we would have liked to take care of a little more business back home, but we’re in it. We have something to really play for.”

The Canucks still have a remarkably good record since Bruce Boudreau took over behind the bench on December 6. They have a 23-11-6 record since that date, giving them the ninth-best points percentage (.650).

“We feel good about where we’re at. There are teams that are going to take us lightly… Right when you start to think you’re out of it, you’re going to put yourself out of it. There’s none of that in our room. We believe in there.”