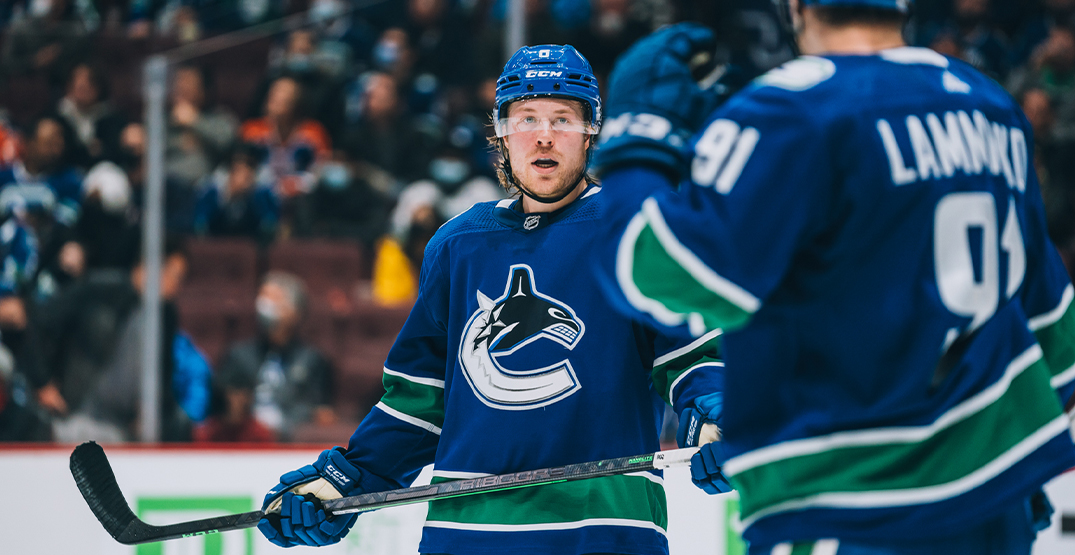 With the playoffs an ever diminishing probability for the Vancouver Canucks, fans may soon be looking for targets of focus in the coming weeks, and there can be no larger focus than Brock Boeser.

No, not even the possibility of a J.T. Miller contract or trade trumps this storyline.

Boeser is a homegrown Canucks draft pick, and was the very first bright light of an elite future. Bo Horvat was already a 50-point player when Boeser first arrived on the scene, but I’m not sure there was a ton of confidence that he would be much more. He’s since pushed that envelope, but I think we know what Horvat is now.

Boeser was the 30-40 goal scorer that would be the next true sniper for this team.

Only, he’s still not. He’s scored at that pace of course, but has never actually passed that threshold, and this season is not even on the pace with just 19 goals in 59 games.

The contract situation is the backdrop that can’t be ignored, but without even getting too deep into that, the Canucks need to be certain what the player is before they commit to that deal. The player needs to show himself.

The downside for Boeser too is that there really aren’t too many extenuating circumstances for his play this season. He’s played 59 games, with no serious injuries. He’s had fairly plum assignments all season long too. So as he takes to the ice this week with Horvat and Elias Pettersson as line mates, there has to be sense that this is really as good as it gets for Boeser.

If there’s a truly hot streak to have this season, if there’s time left for him to unequivocally earn that qualifying offer of over $7 million, that hot streak needs to begin now.

Wednesday was a good start.

He’s been a great face for the team, and for the fans’ sake, let’s hope he earns the chance to be that face going forward. But there is work to do, and not much time left to do it.