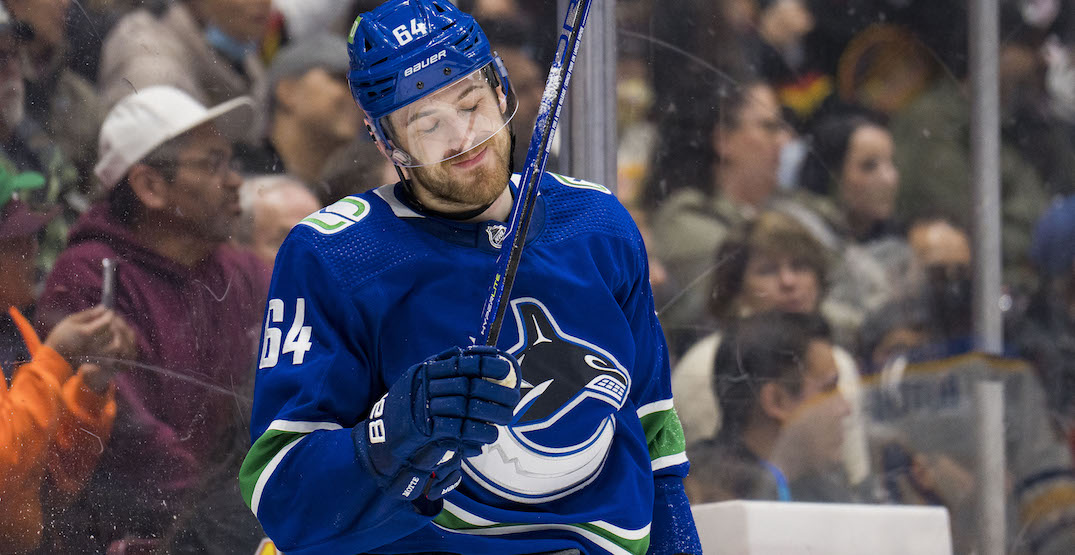 It must have been a whirlwind 48 hours for Tyler Motte, who has already made his New York Rangers debut.

Motte, who was traded by the Vancouver Canucks prior to Monday’s trade deadline, had four shots on goal in 13:06 of ice time on Tuesday, playing on a line with Barclay Goodrow and Ryan Reaves. His new team lost 7-4 to the New Jersey Devils, though Motte wasn’t on the ice for any of the goals.

“It’s a weird moment. Leaving a city you’ve been in for a few years. It felt a little bit like home,” Motte told the New York media before the game. “You’re excited for an opportunity, you’re excited to play meaningful games here down the stretch, and make a run with these guys.”

Today, Motte reflected on his time in Vancouver. The 27-year-old first joined the Canucks in 2018. He was a part-time NHL player back then, splitting the season between Columbus and AHL Cleveland before arriving in Vancouver.

Motte left the Canucks as a fan favourite, admired for his work ethic on the ice and his social responsibility off of it.

In a short but sweet message on Instagram on Wednesday, he said thanks to the city he called home for four years.

“Thank you to my Vancouver family, Canucks and teammates for an amazing 4 years! I am so grateful! Excited for what’s next,” Motte said.

The post has nearly 500 comments on it already — by far the most Motte has ever received on Instagram — in just six hours. Most of them are from appreciative Canucks fans, thanking Motte and wishing him good luck in New York.

Here’s a selection of the heartfelt comments: 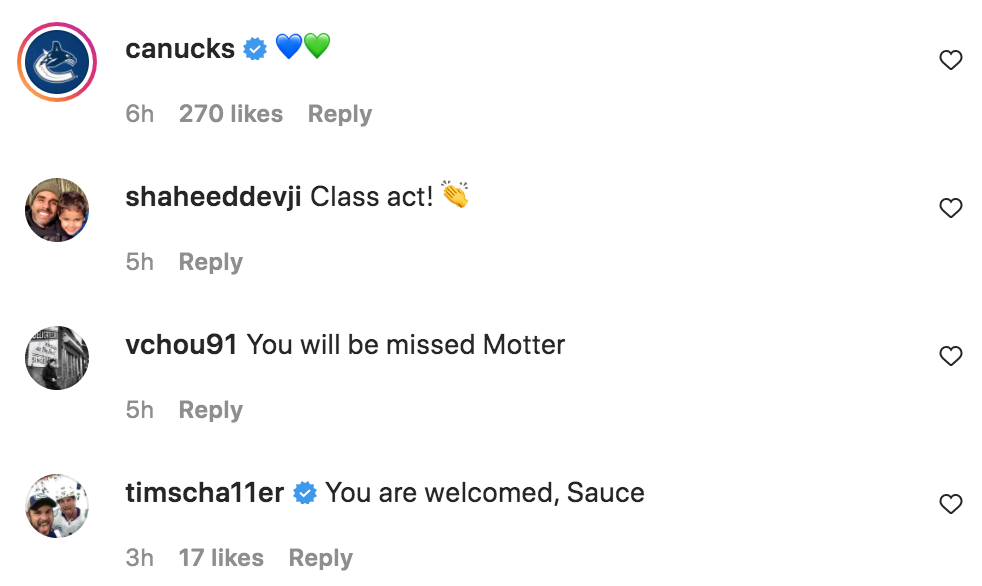 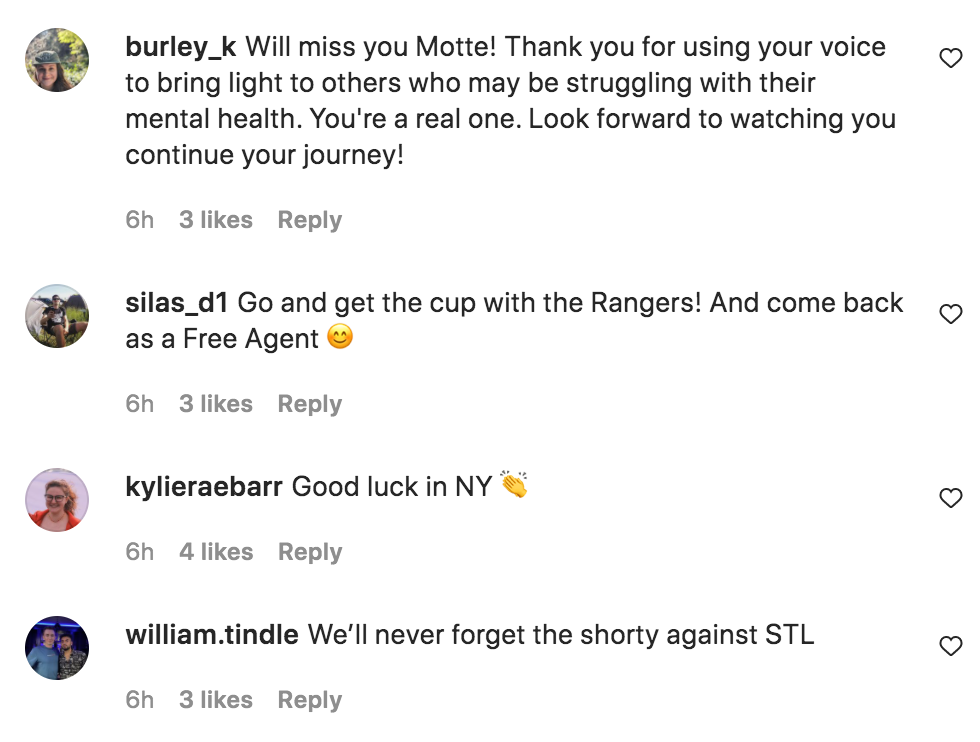 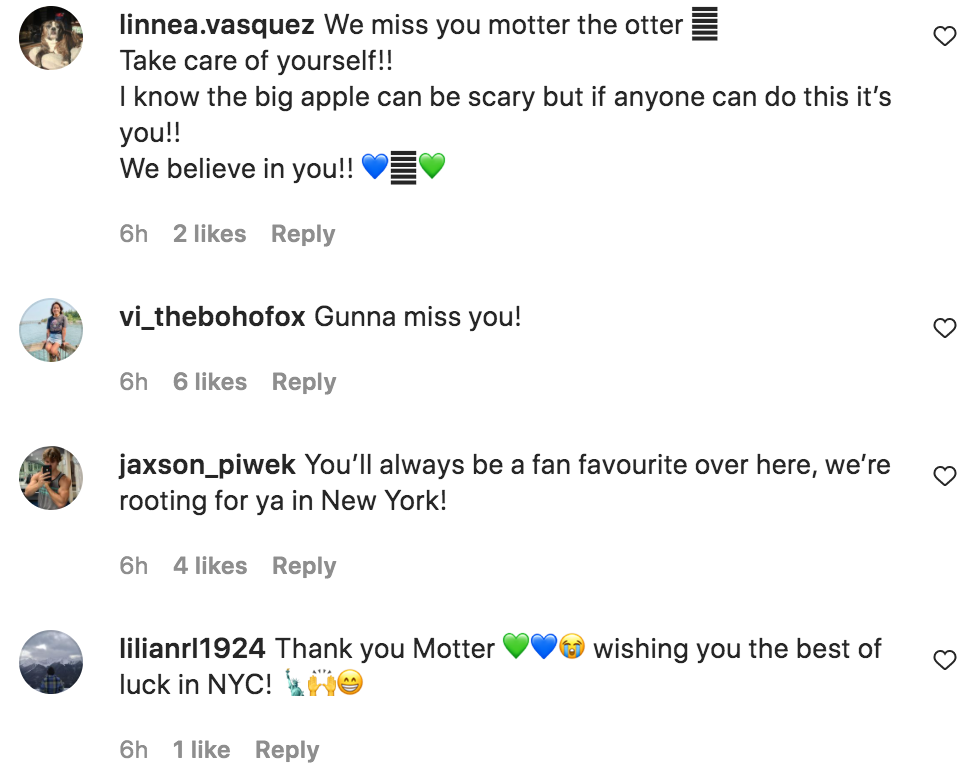 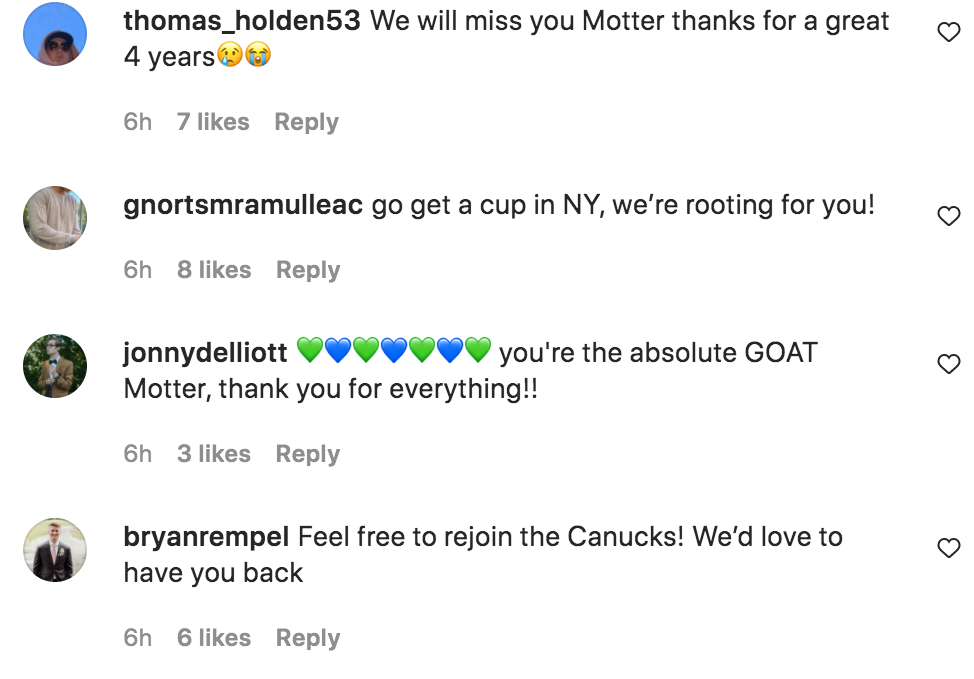 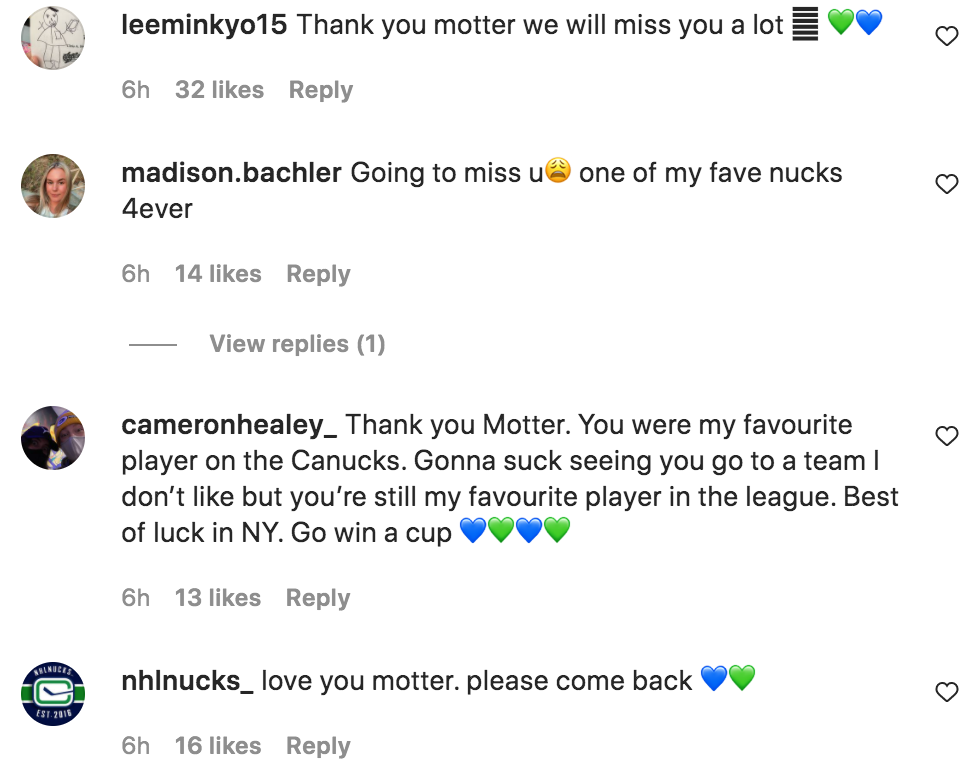