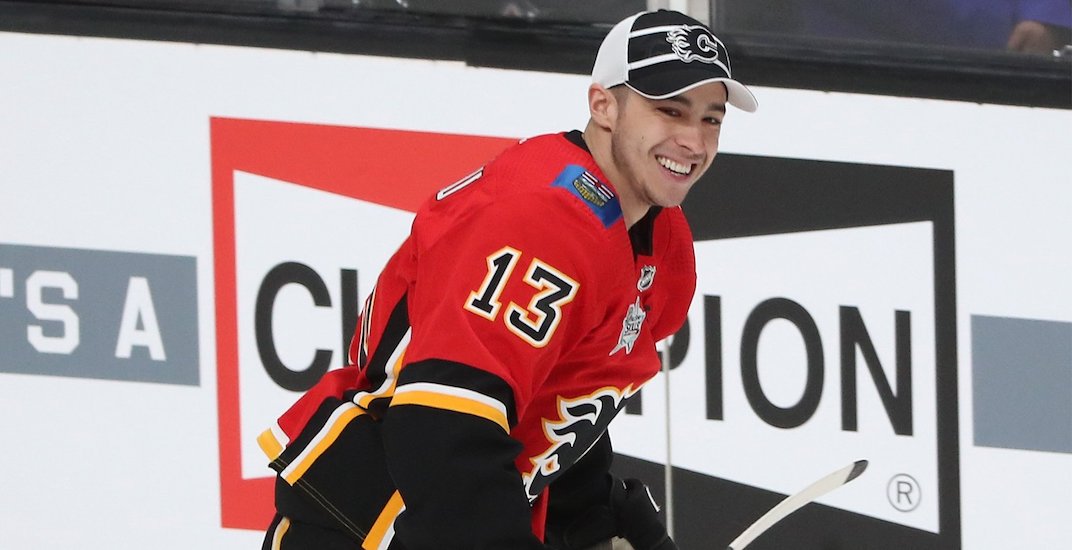 Johnny Gaudreau had Calgary Flames fans freaking out this morning.

With fans and media on high alert due to trade deadline day, Gaudreau left Flames practice a couple of minutes early, which can sometimes be an indication that a trade has been completed.

Johnny Gaudreau just left the ice at #Flames practice. Not sure why.

Would the Flames actually deal Gaudreau? That would be a blockbuster trade nobody saw coming.

Turns out, no, of course not. He just had to pee.

When you gotta go, you gotta go … Johnny Gaudreau on his departure from practice a few minutes early, the #NHLTradeDeadline, and tomorrow's game in Boston. pic.twitter.com/jr9Xs1Tdto

“I didn’t think it was going to be that big of a deal. I had to pee,” Gaudreau told reporters, who added that his phone was “blowing up.”

“Next time I will hold it in as long as I can, until practice is over.”

The reaction on social media during the 10 minutes of uncertainty, as well as after hearing his reason, was pure gold.

Gaudreau left practice early???? Is it a trade or injury?

Don’t think the #Flames would trade Gaudreau at all since they’re a contender.

CONFIRMED: Johnny Gaudreau for a number one. https://t.co/muMJL6VbOC

if you thought gaudreau was traded urine for a surprise

This sums up trade deadline day so well.

Gaudreau: I had to pee

This made my day.

The Flames did make some deadline moves, involving future assets for a pair of defencemen — Erik Gustafsson from Chicago and Derek Forbort from Los Angeles.