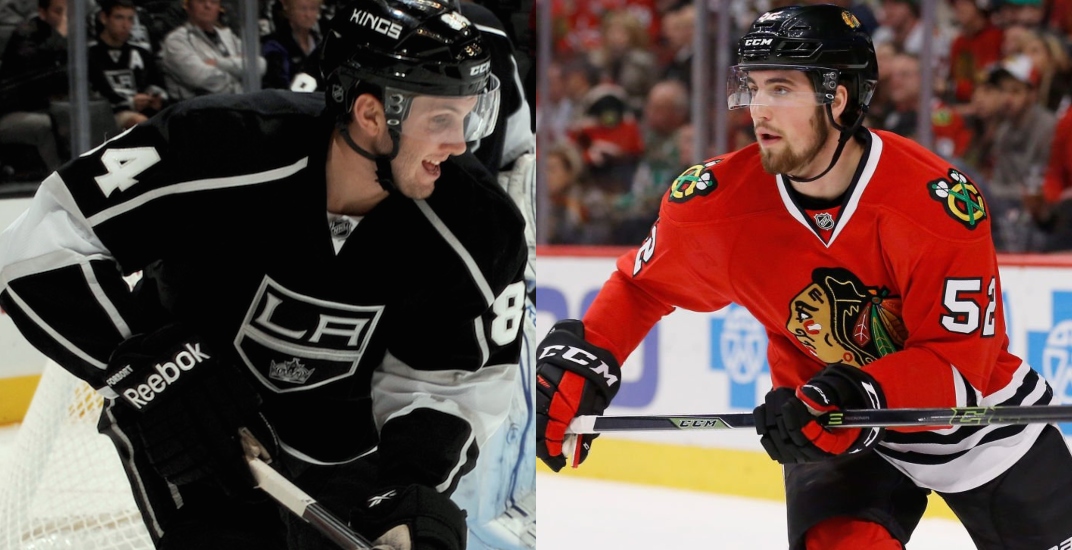 The Calgary Flames have completed a pair of trades on deadline day to bolster their defence.

The most notable deal involves defenceman Erik Gustafsson in a trade with the Chicago Blackhawks, with Calgary giving a 2020-third-round pick to get him.

The other deal is more of a depth addition in the form of defenceman Derek Forbort from the LA Kings in exchange for a conditional 2021 fourth-round pick.

Gustafsson, 27, is a talented offensive defenceman who scored 60 points (including 17 goals) for Chicago last season. The Swedish blueliner carries a reasonable $1.2 million cap hit, but will be in line for a big raise as a pending unrestricted free agent.

Forbort, who is also 27 years old and a pending unrestricted free agent, carries a $2.525 million cap hit. The Duluth, Minnesota native suffered an offseason back injury that kept him out of action until January 6. He has appeared in just 13 games for the Kings this season, averaging over 20 minutes of ice time per game in the month of February.

Forbort was quite durable prior to this season, missing just three games from 2016-17 to 2018-19, while averaging over 20 minutes per game.