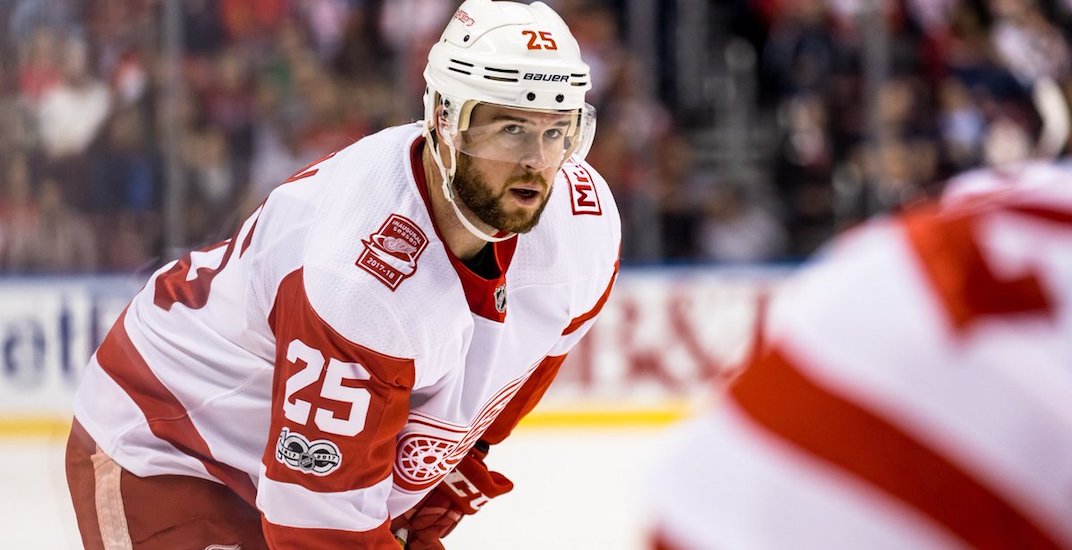 The Edmonton Oilers have bolstered their blue line with less than 24 hours to go before the NHL trade deadline.

Mike Green has been traded from the Detroit Red Wings to the Oilers in exchange for forward Kyle Brodziak and a conditional draft pick — either a fourth-rounder in 2020 or a third-round selection in 2021.

The #Oilers have acquired defenceman Mike Green from the Detroit Red Wings in exchange for forward Kyle Brodziak & a conditional draft pick in either 2020 or 2021. #LetsGoOilers pic.twitter.com/4qkN3TYAZA

Green, 34, has 501 points in 878 career NHL games, but is having the worst offensive season of his career with just 11 points in 48 games for the last-place Red Wings. The Calgary native is a pending unrestricted free agent, in the last year of a contract that carries a $5.375 million cap hit.

Red Wings are retaining half of Green's salary/cap hit. https://t.co/QwPjEj5fqJ

As part of the deal, Detroit has reportedly agreed to pick up half of Green’s salary. Brodziak’s inclusion in the deal is purely for cap purposes, as he won’t play again due to a back injury.

The trade was announced during Edmonton’s 4-2 win over the Kings in Los Angeles. That win vaults the Oilers into second in the Pacific Division, three points behind the Vegas Golden Knights, with two games in hand.

“To add a guy like that who can mentor our young guys & add a veteran presence is huge.”

Sheahan comments post-game on the #Oilers acquisition of his former Detroit teammate in Mike Green pic.twitter.com/AkWqA9eBuG