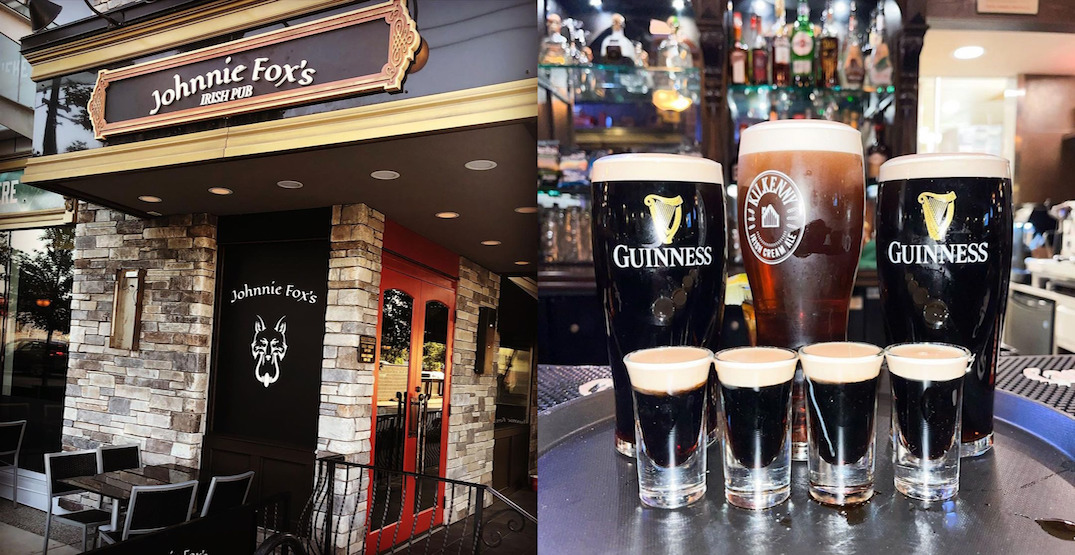 The Irish pub genre is known for being the place to go for a good stout, a solid whiskey selection, and a guaranteed good time.

Vancouver has a few of them, but one of its longest-standing Irish spots is Johnnie Fox’s.

The family-owned pub has been in operation since 2004, when it opened up at its former location at 1033 Granville Street. The pub now calls the Olympic Village address 1601 Main Street home, where it’s been for the last year.

Dished talked with Johnnie Fox’s Irish Pub about its legacy, its start, and how it plans to celebrate one year in a totally different neighbourhood.

Owned by the Greers, a family-based in Kitsilano, Gus Greer and a few of his friends originally opened the Granville Street spot as a “fun place to hang out and meet people,” Sean Flynn, the pub’s managing partner tells us.

“They originally owned and operated a bar called The Royal in the space beside where Johnnie’s ended up,” he adds. But when The Royal closed, Johnnie’s opened.

The original location became known as a meeting spot for locals, Irish and non-Irish alike, and became so busy on weekend nights that they’d have to turn people away.

“We are a meeting place for the Irish diaspora throughout the Lower Mainland. I’ve seen people arrive here and over the course of a weekend, they would be set up with a job and a place to live just by chatting and having the craic with our locals,” Flynn shares.

The Granville spot was cozy, but they soon outgrew it.

“The plan was to grow and open [the Main Street] spot in unison with Granville but, alas, COVID happened and it was a big ask to keep both operating; we figured a break from Granville was the best option and moved to the bigger venue in a new neighbourhood,” Flynn says.

The Main Street location still holds all the Irish charm and welcoming, good-time vibes, but in a much larger space – with two large patios to boot.

At the end of July, Johnnie’s is marking this one-year milestone with a big anniversary party.

On July 28 there will be live music from local acts, a DJ, special summer cocktails, and a BBQ on one of the pub’s two patios.

As part of its new chapter, Johnnie’s has also just launched a new summer menu with a daily happy hour from 3 pm to 6 pm.

More details about the anniversary party will be revealed through the month, but plan to stop by for a pint and to officially welcome the pub to its new neighbourhood.