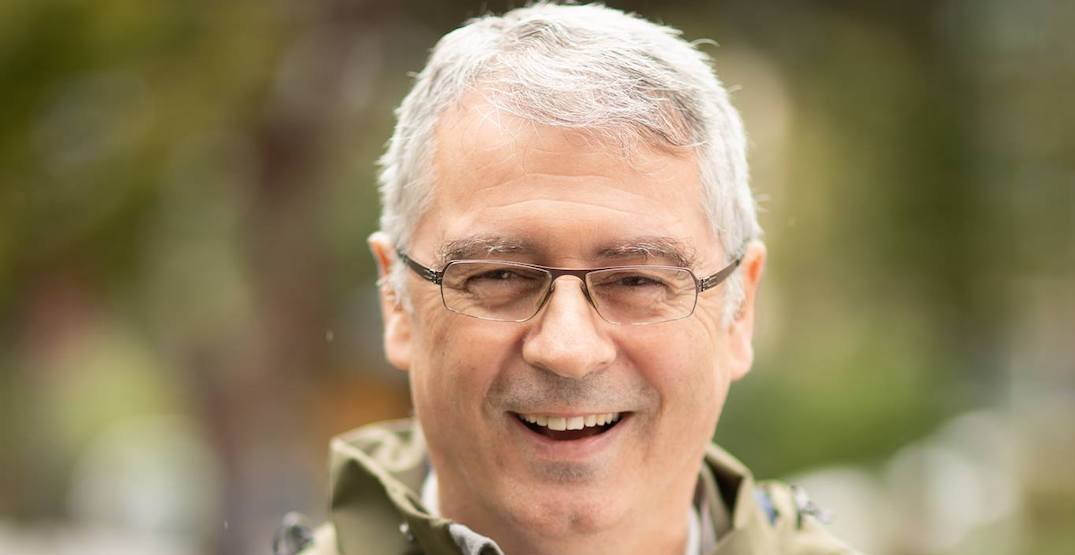 Ahead of the October 2022 civic election, Vancouver Park Board commissioner John Irwin has switched parties, leaving COPE for the return of the Vision Vancouver party.

Irwin made the announcement today in a release, and he will sit as a commissioner representing Vision for the remainder of his current term this year.

“Vision Vancouver has a strong track record of making our city greener through climate action, advancing reconciliation, and significantly increasing active transportation,” said Irwin in a statement, explaining his rationale to leave COPE for Vision.

“Our city needs strong, progressive leadership that is able to move swiftly and responsibly on the key issues.”

During his time as park board commissioner, Irwin has been outspoken in his support for the Stanley Park bike lane and reducing vehicle traffic within the park.

Last week, Irwin was not included in COPE’s released list of tentatively nominated candidates running in this year’s election. Most of their candidates describe themselves to be activists for various social causes.

Those nominated to run for the park board under COPE include incumbent Gwen Giesbrecht, and newcomers Amir Bajehkian, Maira Hassan, and Chris Livingstone. COPE’s City Council candidates include incumbent Jean Swanson, as well as Breen Ouellette and Nancy Trigueros.

COPE is aiming to secure at least two school board trustee seats with Suzie Mah and Rocco Trigueros as its candidates.

COPE is aiming to finalize its candidates by March 26.

After suffering a collapse in the 2018 election, Vision’s only elected representative up until yesterday was Allan Wong, who sits as a school board trustee. The party is planning to field candidates to fill seats in City Council, the park board, and the school board.

Both COPE and Vision have not indicated an intention to push out a mayoral candidate nomination.