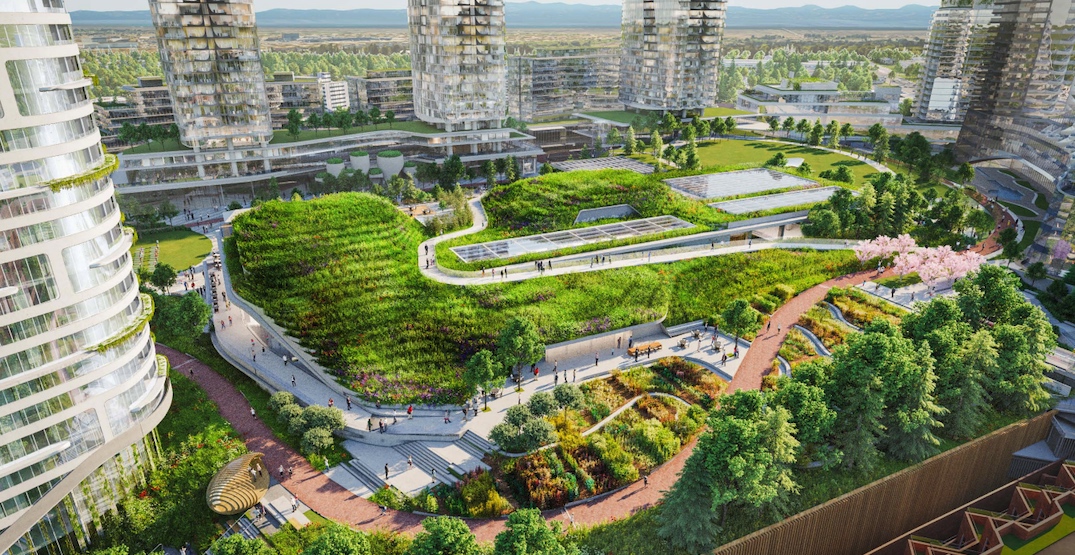 Although they did not reach a decision on the matter, Vancouver Park Board commissioners unanimously signalled in their comments during a public meeting last week that they would prefer the new public park on the rooftop of the future Oakridge Centre shopping mall redevelopment be maintained by municipal crews.

This discussion was initiated by a motion put forward by COPE commissioner John Irwin, who wants to see Park Board crews conduct all of the maintenance at the new nine-acre Oakridge Centre park as well as any other future “airspace” parks.

The major new public park is being provided by mall owner Quadreal Property Group and developer Westbank as an in-kind value community amenity contribution (CACs), as part of the $157 million total CACs package committed in the 2014 rezoning approved by city council. At the time, the public park component was budgeted to be worth $23 million.

During the rezoning negotiations, the municipal government and developer agreed on terms that would have the mall owner maintain the public park, while the Park Board would still be responsible for programming and operations.

However, Irwin says there is a window of opportunity to renegotiate those terms, after the developer submitted a revised rezoning application in Fall 2020 that seeks to significantly alter the project’s residential component through added density, mainly for more rental housing and office space. 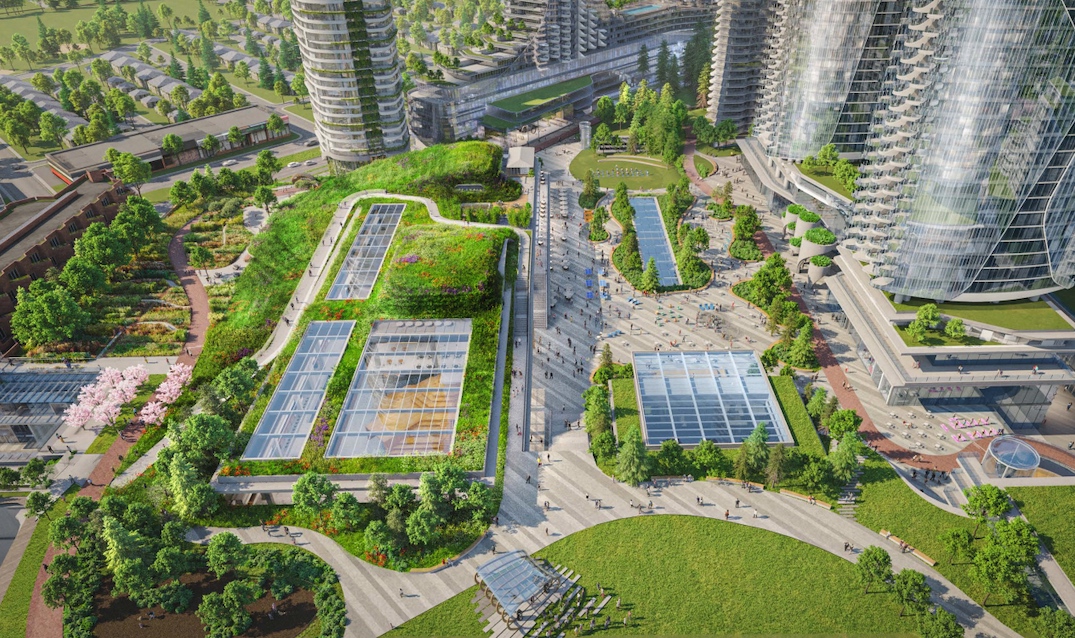 Irwin wants to reopen the negotiations on the contract during this rezoning process. Instead of having mall staff maintain the park, he suggested the mall owner could cover the estimated $525,000 annual cost of maintaining the park using Park Board crews.

“The new park will be maintained by workers who are not union staffed workers. I’d argue that our staff are having their work contracted out, and the gardeners already maintain this type of green roofs,” said Irwin, citing Coal Harbour Community Centre Park and Harbour Green Park as his examples of where Park Board crews already maintain rooftop parks.

“I think it’s important to honour our hard working staff at the maintenance and gardening level.”

Additionally, Irwin’s motion also called for Park Board crews to maintain “any other parks that are public, but have a private interest involved.” But every other commissioner took issue with the vagueness of this proposed directive, and ultimately voted 6-1 to have Park Board staff report back with information to clarify the implications of this particular directive, and the process to renegotiate the Oakridge Centre park maintenance contract.

There are also liability factors to consider for the maintenance of a park that doubles as a roof above private property with active uses. 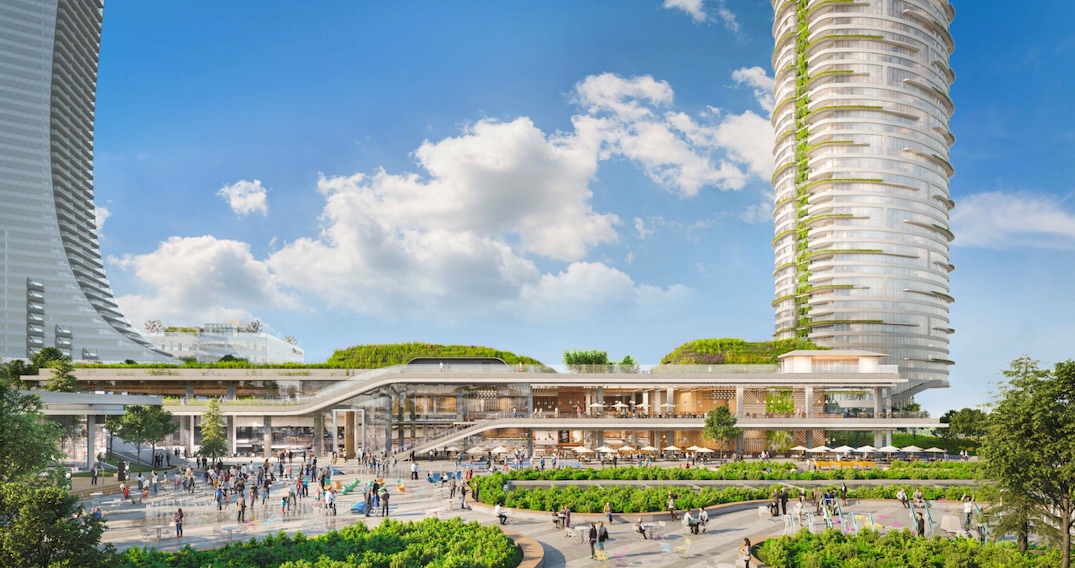 NPA councillor John Coupar, who asked for the motion to be referred, suggested renegotiations would be a difficult task, given Park Board staff’s accounts of the complexity of the negotiations for the original park maintenance contract. He said the motion has “good intentions” but potential for “unintended consequences.”

The concept and key principles for the public park were approved by Park Board commissioners in July 2018. While there will be some large open grassy spaces, this park is intricately outfitted with uniquely activated spaces and significant landscaping, such as a walking and running loop, community and meadow gardens, Tea House and traditional Japanese-style garden, an urban forest, children’s play areas, water features, and large plaza areas complete with a stage platform and other event-ready infrastructure.

There are a number of major vertical access points to reach the rooftop park, including several locations from the indoor mall. For instance, there are entrances from the food hall level, which has a large patio that spills out towards the rooftop plaza. 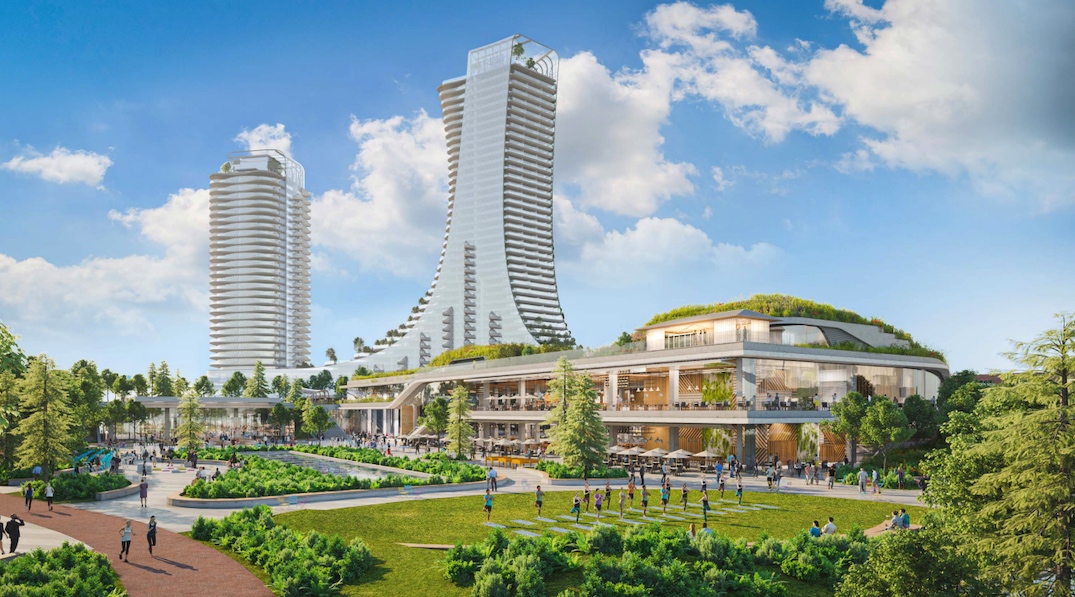 The revised rezoning application for Oakridge Centre calls for height and building width increases that will increase the redevelopment’s total residential floor area from 2.761 million sq. ft. to 3.031 million sq. ft. Reconfigured floor designs will allow for the number of condominium homes to increase from 1,968 units to 2,330 units, even though there is a decrease in the total condominium floor area.

This new density and shift in uses are a response to the weakened condominium market.

Although the project has entered a new rezoning application process, construction is well underway on major portions of the redevelopment unaffected by the proposed changes. A decision was made last year to accelerate a significant portion of the retail and the food hall by 2024 instead of the original completion timeline for 2026. 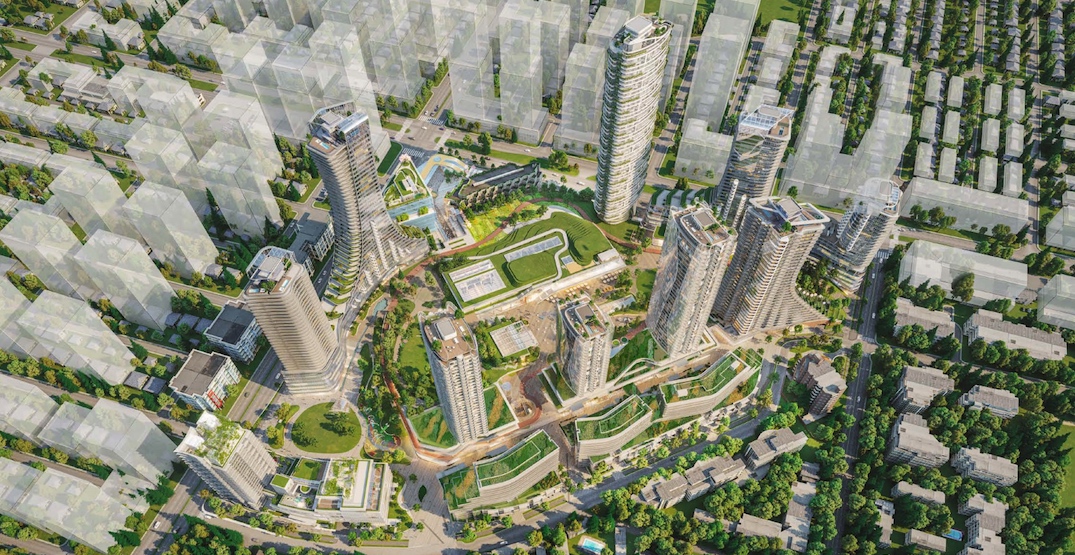