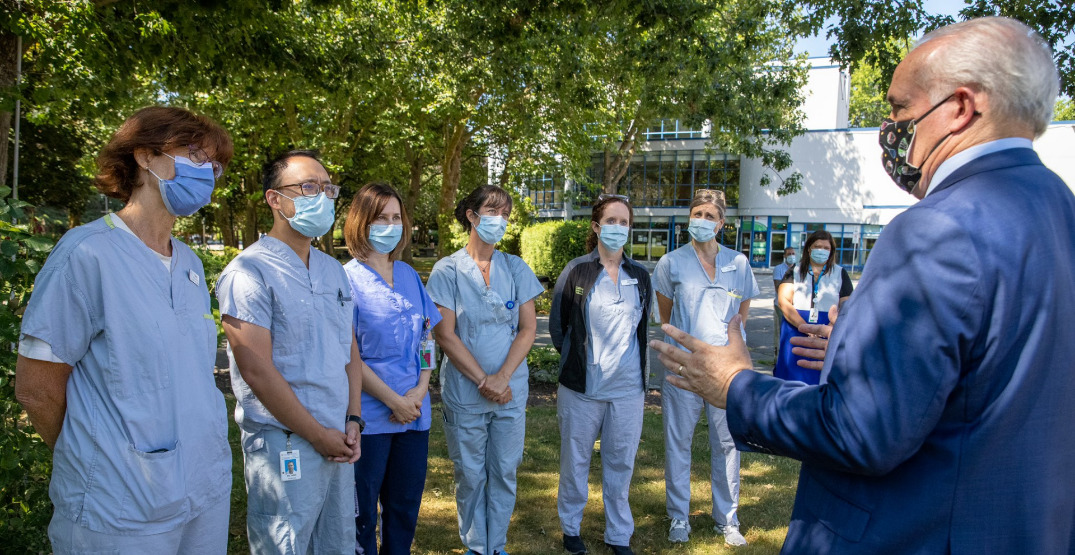 Premier John Horgan invites residents across the province to join him on BC Day this Monday for a 7 pm cheer to salute frontline heroes.

The 7 pm cheer was made popular at the beginning of the pandemic, as residents took to their balconies and the streets with noisemakers, pots and pans, musical instruments, and more.

“There are so many people in this province who continue day in and day out to help, protect and support others,” said Premier Horgan.

Throughout the pandemic, other heroes have since been sprung into action. Firefighters are working around the province to battle fires that have plagued much of the interior.

Ambulance and paramedic workers have been overworked and have struggled to keep up with demand, which became amplified during June’s heat wave.

On BC Day at 7PM, grab your pots & pans and join British Columbians across the province to celebrate all the heroes of the pandemic and those fighting the current wildfires. Thank you to everyone in BC who works day in and day out to help, protect, and support others. pic.twitter.com/a7M0Th0sTD

“Healthcare workers, first responders, and so many others have been working tirelessly throughout the pandemic to maintain essential services and supply lines. Their selfless efforts are now echoed by those bravely battling wildfires in the province,” Premier Horgan said. “We owe so much to so many. On Monday evening, let’s all make some noise.”

The province said that Monday’s 7 pm salute is part of Vax for BC, a new vaccination campaign announced earlier in the week.