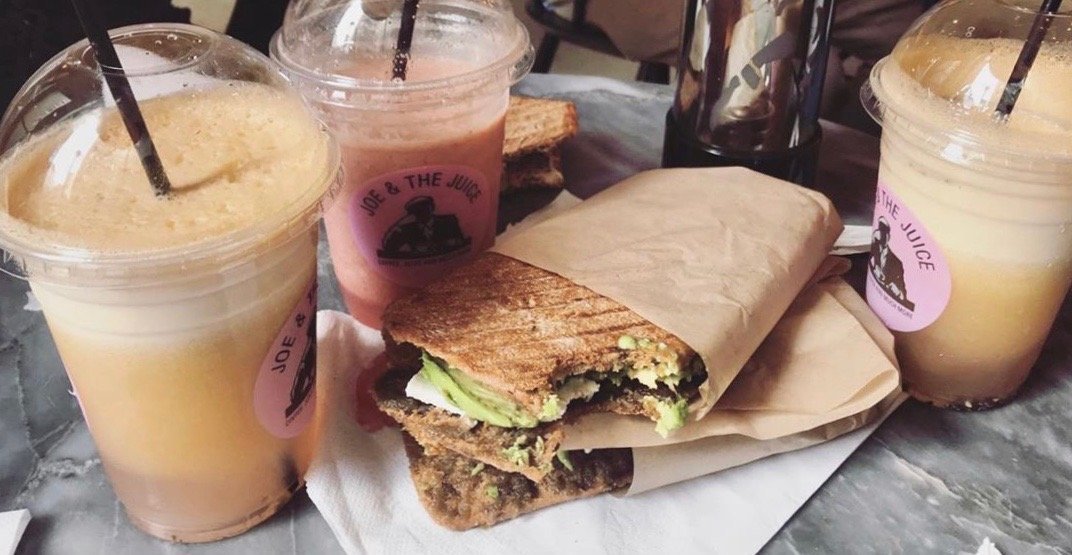 Not actually — but by the time Vancouver International Airport (YVR) is done with all the life-changing food and beverage changes it has planned for the next several years, it’s going to be a whole new place.

One of the coolest new concepts that’s already opened in our airport is Scandinavian juice “phenomenon” Joe & The Juice, which has officially arrived at YVR.

Located post-security in the Domestic Terminal, this vibrant new spot is colourful and even plays upbeat music that can be heard while you’re waiting at nearby gates.

This edgy chain hails from Denmark, where it was founded in 2002 before skyrocketing to a current chain of stores numbering over 200.

Joe & The Juice currently has outposts all over the world in Europe, Asia, and Australia. While the brand has many spots in the US, this location is its Canadian debut.

Vancouverites, and those just passing through the airport, can soon enjoy not one but two Joe & The Juice locations situated post-security in the Domestic and Transborder Terminal Building, we’ll let you know when the latter one arrives at YVR.