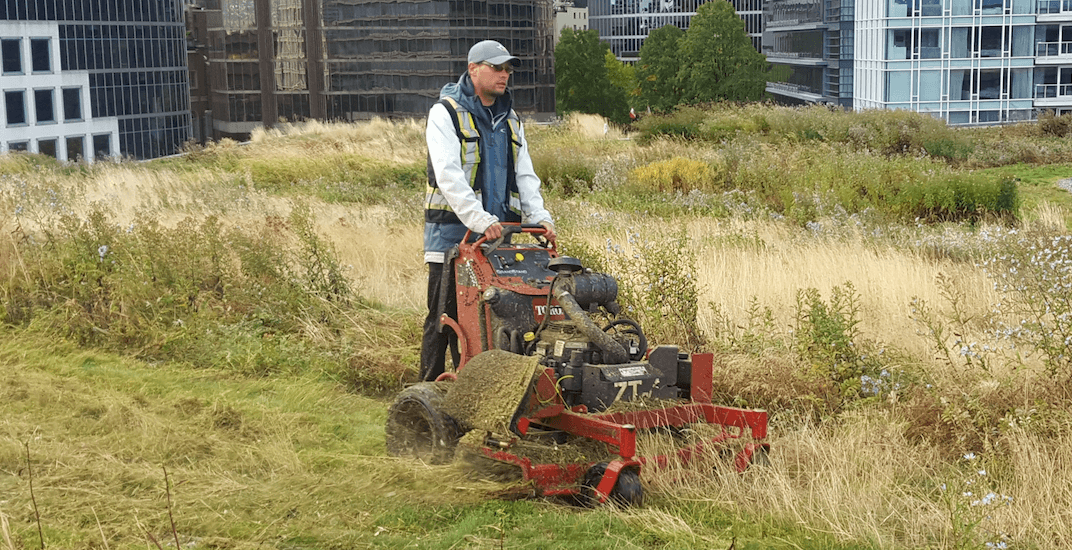 When it comes to his team’s annual care task on the living roof of the Vancouver Convention Centre, Mike Rist considers the job an “honour.”

Rist is the operations manager for Whitestar, the local landscaping company contracted to cut the grass on the green roof the West Building once a year.

“We applied for the contract about three years ago and it was approved,” he explained.

Rist told Daily Hive that while his team got the contract, there was still special, in-house training such as fall-safe procedures that was required before they could go to work on the building’s six-acre-roof.

So what’s involved with getting the grass down to size every fall season?

“The first thing we do is block off the lower edge from because we have guys that are trimming the edges, so that’s our first line of attack,” said Rist.

“We get all our anchors in place, and basically get an outline of the job. Once the outline is done, we just tackle everything in the middle to get it done.”

This is of course all followed by quite a bit of raking and cutting.

In total, Rist and his team do two cuts per roof “just to get it down to the right height.” 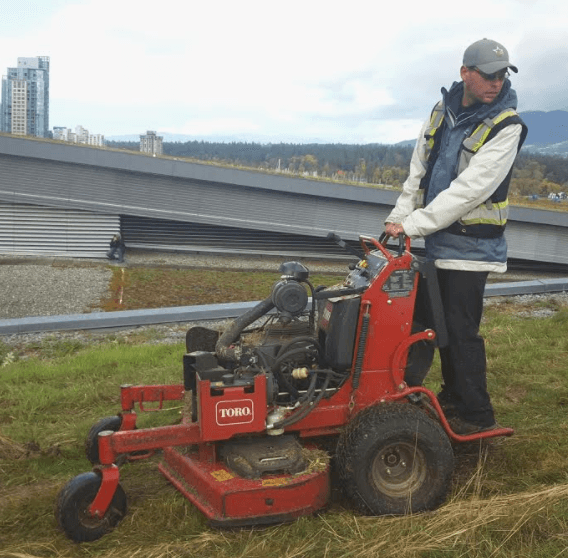 Of course, a project such as this comes with its own particular challenges.

Basically, it’s “the length of the grass because we only do this once a year,” Rist explained. “It gets quite long and it just takes a little bit more time than cutting a regular lawn.”

Rist and his team are allotted a total of two weeks to complete the task, but can sometimes finish earlier.

“We’re having some weather issues this year, compared to last year which was gorgeous the whole time,” he said.  “The weather is definitely a factor up here, you’re really exposed.”

However, there is one factor that always remains constant.

“It’s safety first up here at all times,” said Rist.

So why not cut the grass more than just once a year?

“It’s a seasonal thing to help maintain the natural setting of the roof,” answered Rist. “It keeps the building cooler in the summer; it’s just a natural habitat up here.”

Essentially Rist and his team strive to keep the living roof  “as natural as possible and let Mother Nature take over.” 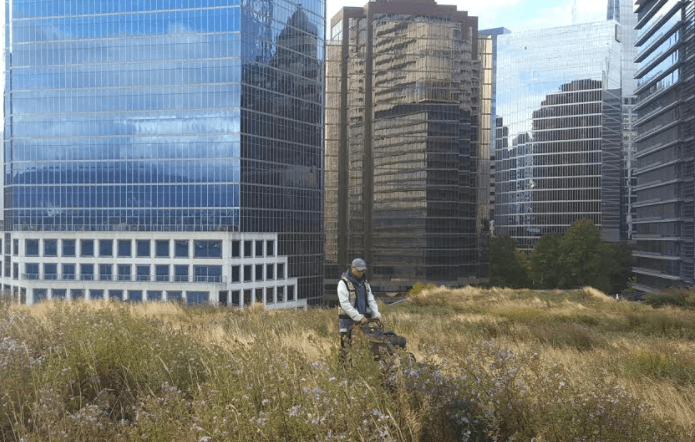 Of course, there are things Rist enjoys about this particular job site.

“It’s the largest (non-industrial) Green Roof in North America, so every year I’m up here doing this, I think of it as an honour that we’re the ones doing the job,” he said.

And when the sun comes out and the skies clear up, the biggest bonus of the job is in plain sight.

“The view up here is a million dollars.” 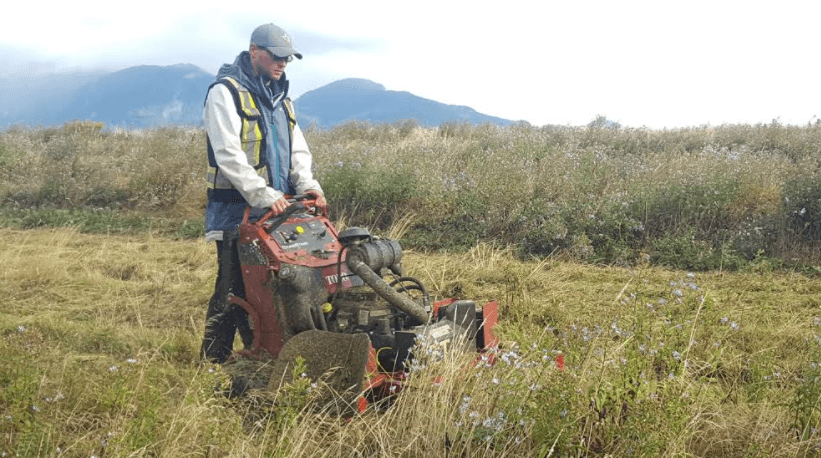 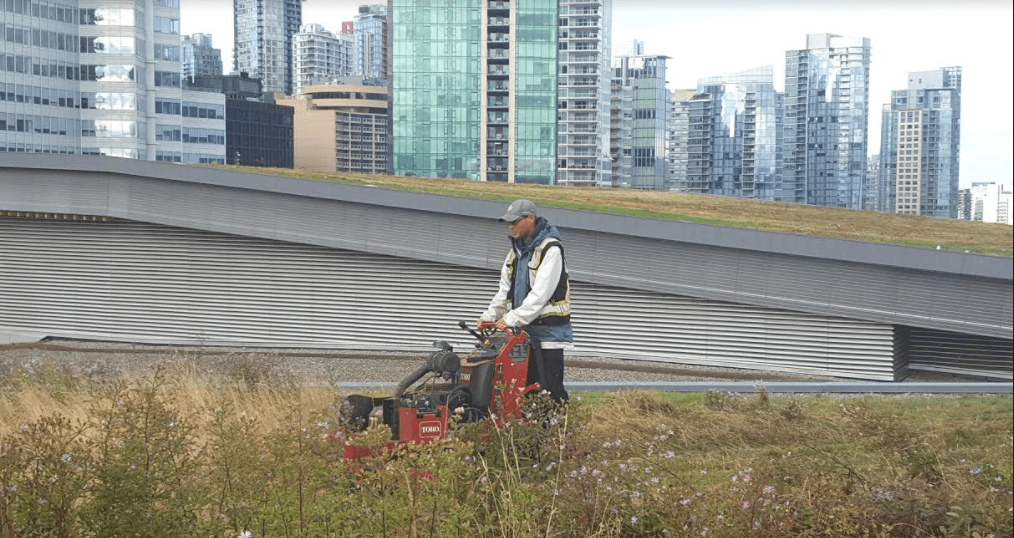