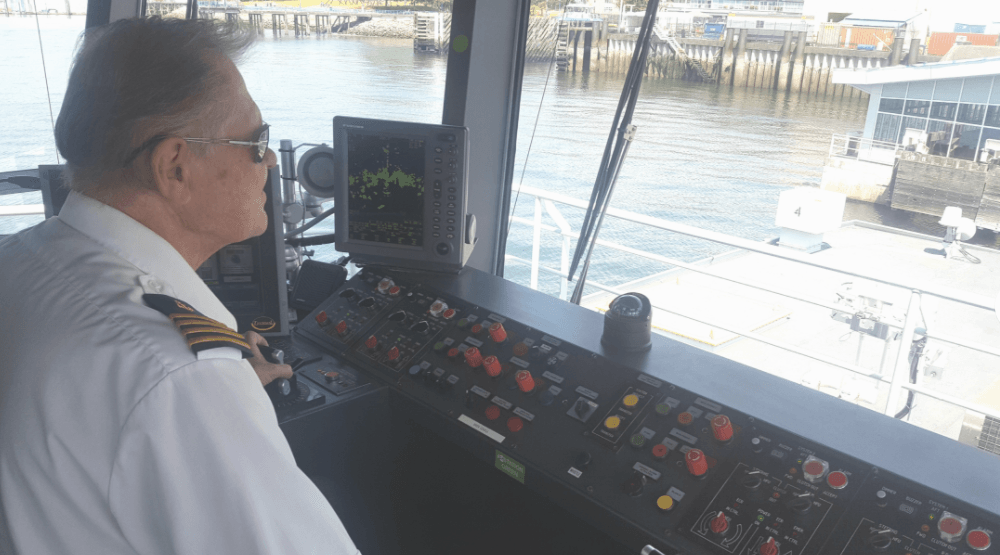 Though the route hasn’t changed since its maiden voyage 40 years ago, no two days are exactly the same for SeaBus captain, Joe Lutz.

Lutz has been captaining SeaBus crossings since they began in 1976 and it’s the variety in his job that keeps him doing what he loves.

“The day-to-day is different all the time,” he said in an on-board interview with Daily Hive, during one of his shifts this week.

“It’s the same going back and forth all the time, but every trip is different. Just 15 or 20 minutes ago, we had a killer whale or something jumping out here.” 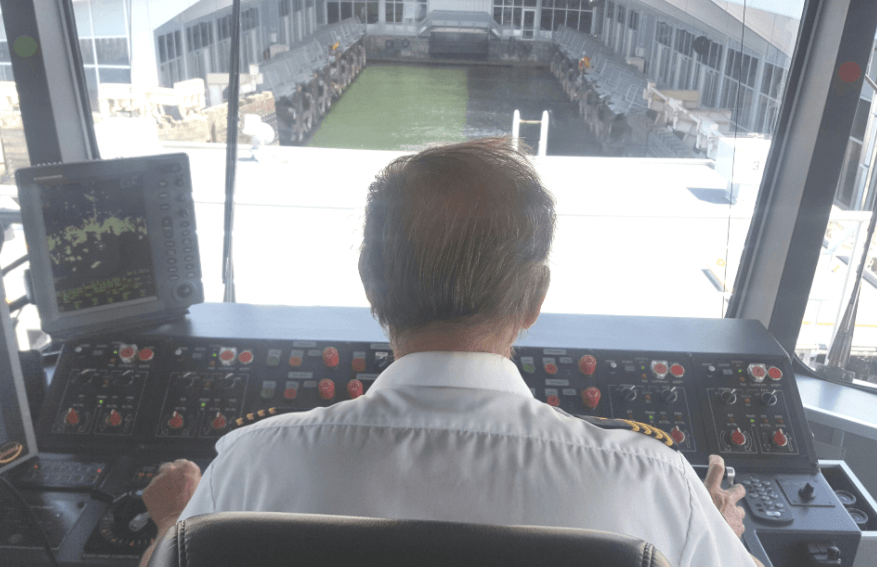 Despite his four-decade history at the helm, Lutz gave a pretty straightforward answer when asked how he got started in the job.

“I put in an application,” he said.

“There was an advertisement for the SeaBuses and they only wanted to hire local skippers and mates, because of the close quarters – we’re crossing all the time.”

Lutz applied for the job having worked for Gulf of Georgia Towing, “which used to be underneath Second Narrows Bridge and in the [Fraser River].”

Shortly after that, he “came in for an interview and got hired.”

While no two days – or even sailings – are exactly the same, Lutz said the appeal of the shifting conditions are also part of the job’s challenges.

“You’ve got to be looking out all the time, you’ve gotta use good judgement and fast,” he said. “You haven’t got time to hum-and-haw.” 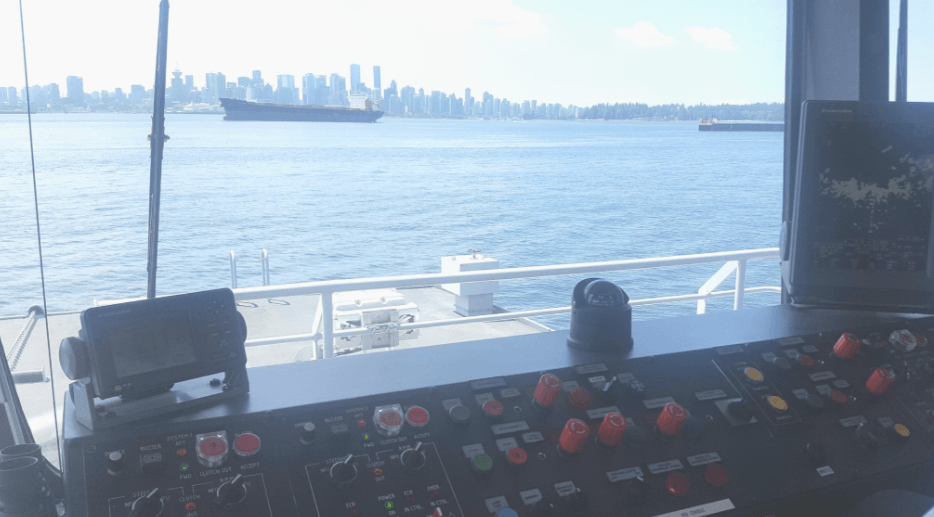 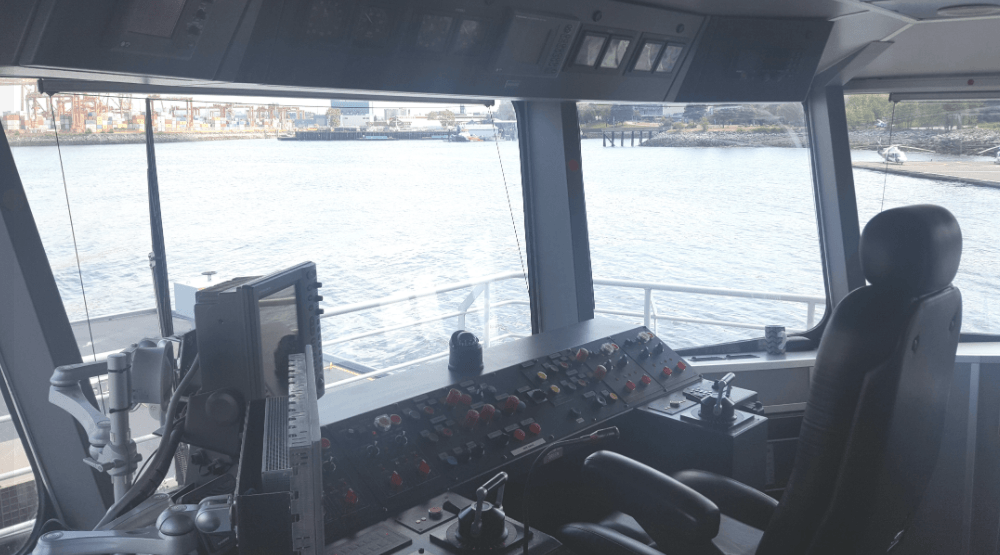 A view of the Wheelhouse control board on the SeaBus. (Eric Zimmer / Daily Hive)

When it comes to notable memories during his time in the wheelhouse, Lutz said “the list goes on.”

He did offer a few notes, though.

“We did a few rescues in the harbour. I was here when Trudeau came on. I took the president of the Bahamas on a tour.”

And those memories are made rain or shine. “We run all the time in any weather.”

Part of the SeaBus as seen from the deck outside the Wheelhouse. (Eric Zimmer / Daily Hive) 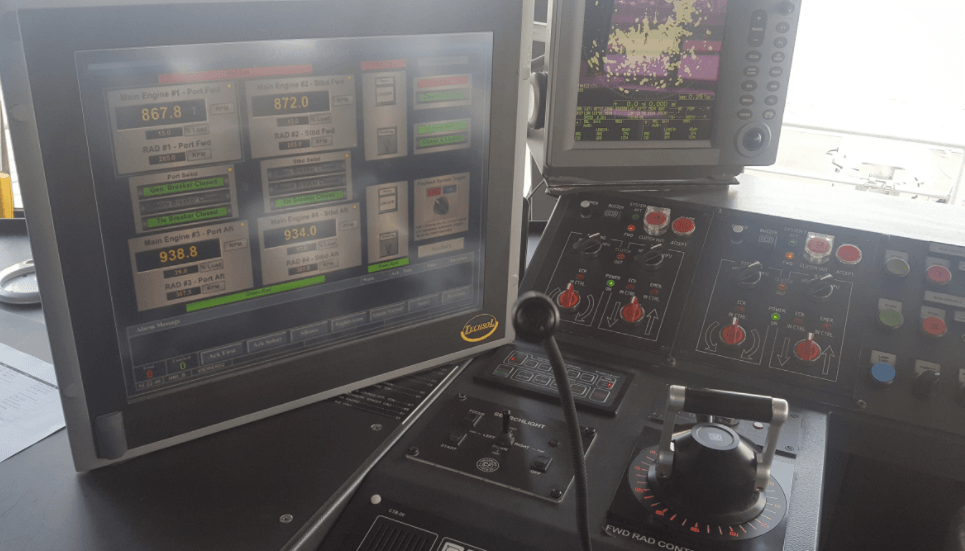 Some of the screens, control, and dials used to safely captain the SeaBus (Eric Zimmer / Daily Hive) 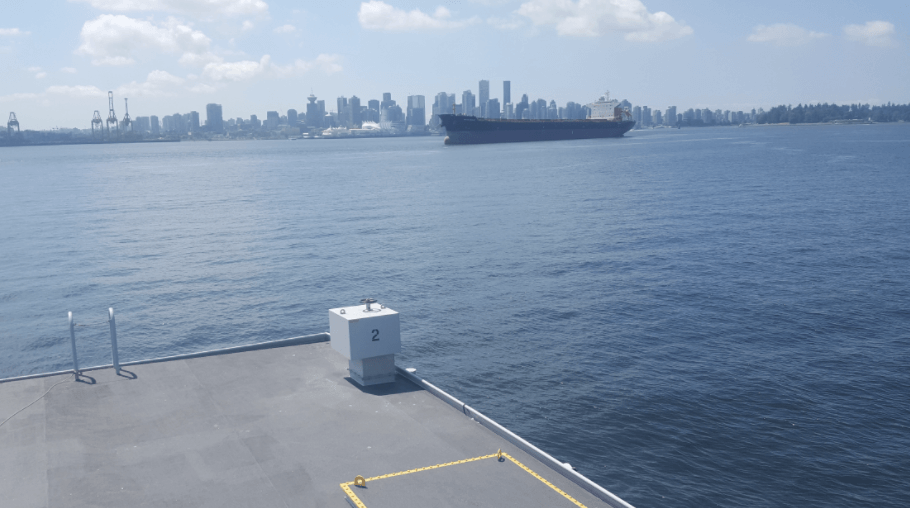 SeaBus captain Joe Lutz has seen a lot of changes to the city’s skyline in his 40 years on the job. (Eric Zimmer/ Daily Hive)

So the next time you’re taking the SeaBus, possibly on the way to your own job, give a thought for the crew upstairs who gets you where you need to go, day in and day out.