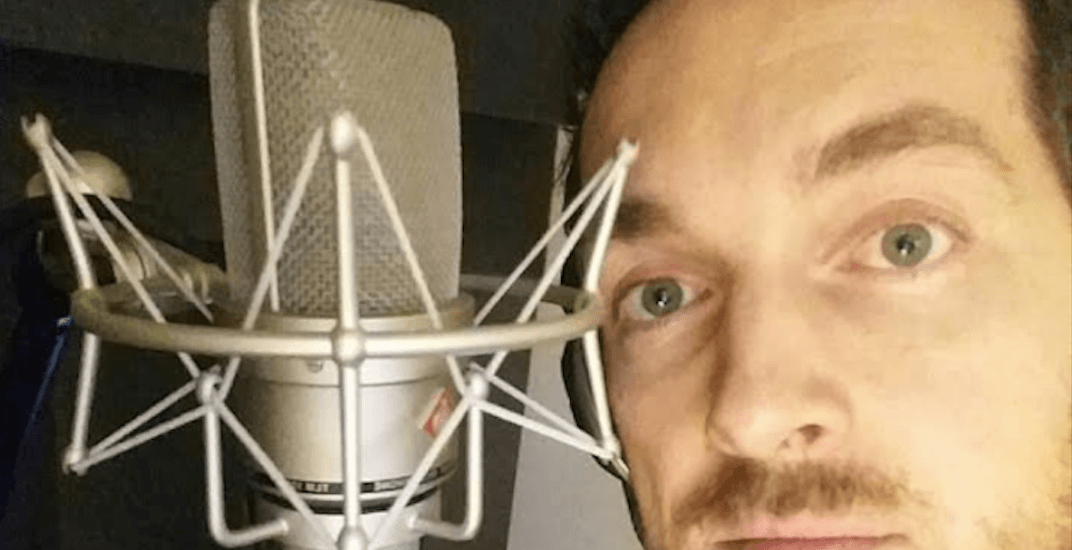 An almost two-decade career in film, television and voice-over work began with Jason Mckinnon convincing a friend to “do this crazy thing called acting,” with him after graduating high school.

“My friend was actually planning to go be a scientist,” recalled Mckinnon, during a sit-down with Daily Hive. “We did shows, a couple projects in high school, and we had done improv together, so it wasn’t like a crazy ideas for him, but it was a change.”

That “change” would see Mckinnon and his friend enroll at an acting school in Gastown.

Now, close to 20 years later, Mckinnon said, “it’s been full-on since then.”

Asked what has kept him going in the industry all these years, Mckinnon said he likes the fact the work is challenging and takes a certain amount of skill.

“There’s a standard that you should live up to and yeah, it should be hard,” he elaborated.

Mckinnon began doing voice-over work about 10 years ago and said that type of work is “extra challenging” compared with on-screen acting, which he still does as well.

“It’s just your voice,” he said. “You strip away everything else, but still try and make it all come to life; that’s been the most challenging and intriguing part.”

Voice-over work has a certain “musicality” to it, he added. “There’s an element of rhythm to it, which I think is interesting.”

For those looking to get into the industry – specifically voice-over work – Mckinnon’s advice was pretty straightforward:

“Try it and see if you like it,” he said. “You’re in a booth by yourself –yes there’s other people on the other side – but you’ve got to actually see if you like doing the work.” 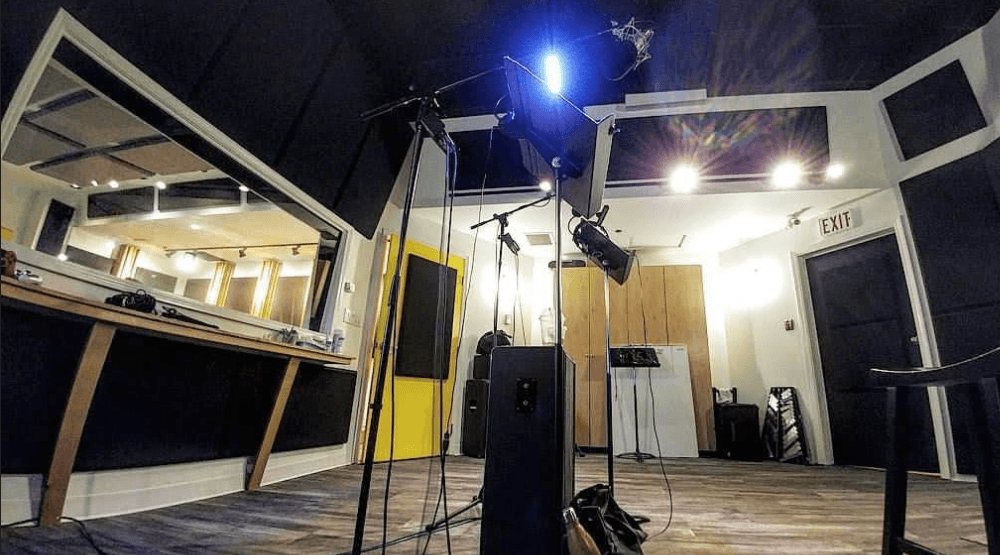 One of the recording studios Mckinnon works in. (Photo courtesy of Jason McKinnon) 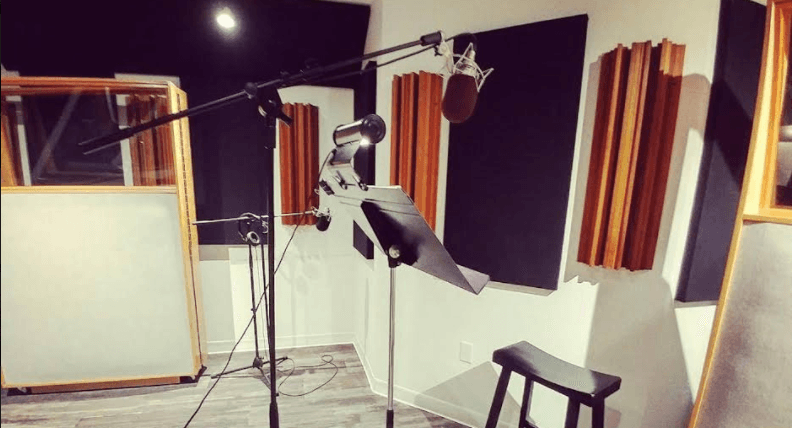 One of the recording studios Mckinnon works in. (Photo courtesy of Jason McKinnon)

Some people, Mckinnon furthered, “have the idea that there’s a novelty to it,” or see others do it and think that’s enough exposure.

“But I’d just really like to see a person try it for themselves, see if they genuinely like it, and see if they can see themselves doing it for a long period of time.”

If they can, he continued, “they should get themselves a demo, go record themselves, listen to other demos, get an idea of what’s out there, and then just start.”

When it comes to the day-to-day aspect of the job, McKinnon said that can depend entirely on the situation.

“I had four auditions yesterday and three the day before that,” he related.

However, Mckinnon said he is starting to see a pattern “session-wise” when it comes to “doing something like radio work, for example.”

In that sort of environment, Mckinnon said he can now generally get an idea of when things will finish, how long the session is going to last, and what the clients are looking for.

By contrast, in the world of voice-over animation, “there might be more changes and I’m seeing more changing of the guard – they’ll just go ahead and replace someone.”

In general though, from session to session, “it’s not too crazy.”

Does he see a lot of familiar faces in different sessions? “Oh yeah,” said Mckinnon. “100%.”

Mckinnon was born and raised in Vancouver and it’s where he has based the majority of his career thus far, rather than basing himself out of a place like LA.

“There’s a common misconception that in LA, the voice actors are of a much higher calibre than here and that’s totally not true,” he said. “The talent up here compared to LA is one-for-one.”

In addition, working in Vancouver lends itself to more relationship-building within the industry.

“In LA – or so I’m told – it’s a little bit more like you have to have your ‘elevator pitch’  down – a specific description of your sound and character, one or two sentences that fits your voice and you’ve got to have that, and brand that.”

In Vancouver, “I feel like it’s a bit to do withe the relationships and being able to do a good job,” he said. 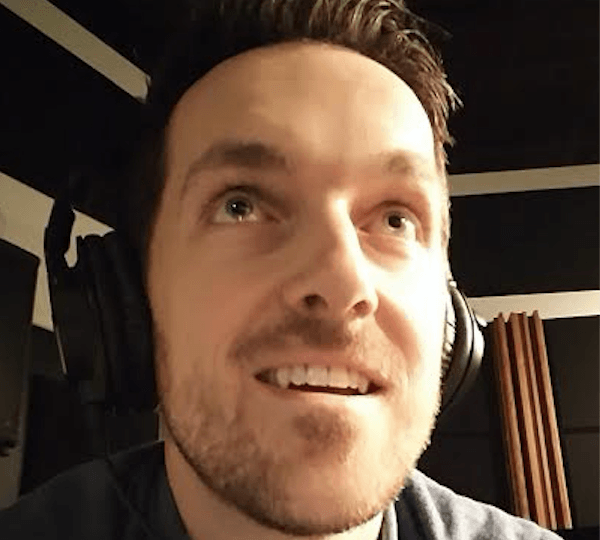 Of course, it hasn’t been entirely smooth sailing through the entire course of Mckinnon’s chosen career path.

But while there have have been rough days “and weeks,” he said, there’s never been a second thought in his mind about what he was meant to do.

“The pain of having to do other things that I don’t want to do is greater than me giving up on this career,” he said. “For me, that’s what it’s been all about: not being able to see myself doing anything else, and not compromising on that.” 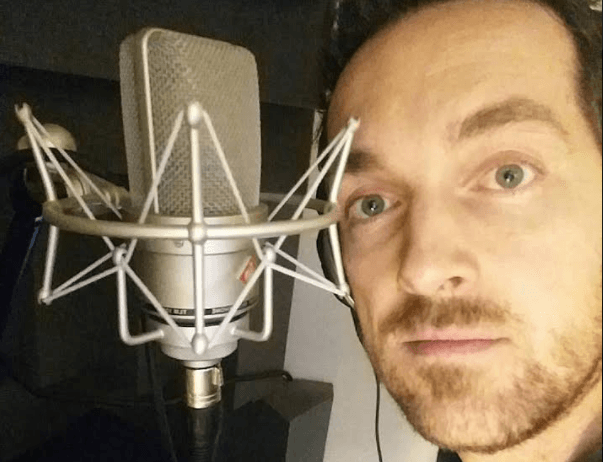