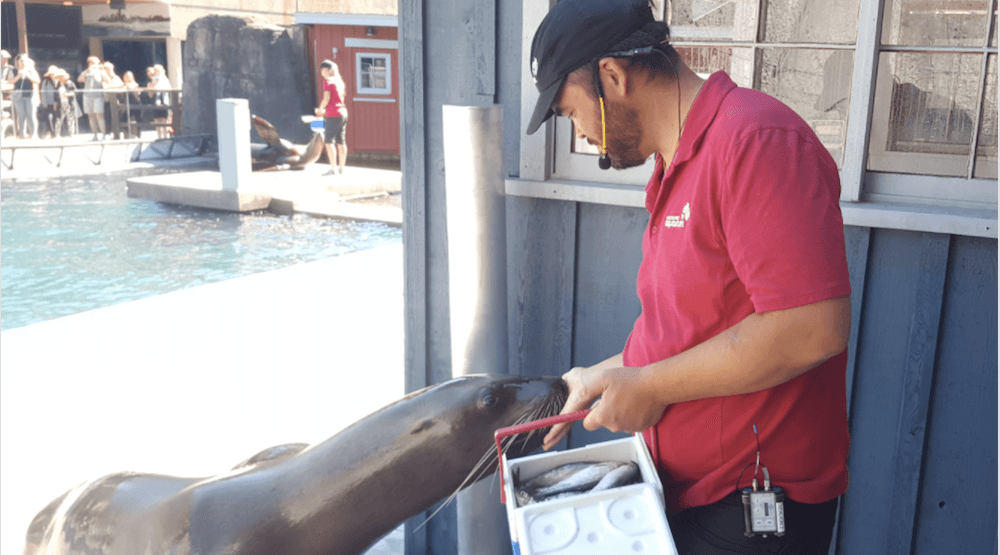 What began as a volunteer position more than two decades ago, has since morphed into a dream career for Vancouver Aquarium Marine Mammal Trainer, Billy Lasby.

“I started 25 years ago as a volunteer, actually as a way to spend more time with my sister who was going to be moving to England,” Lasby told Daily Hive. “I ended up falling in love with the place and the [Aquarium’s] mission statement… so getting to work here is kind of a dream come true.” 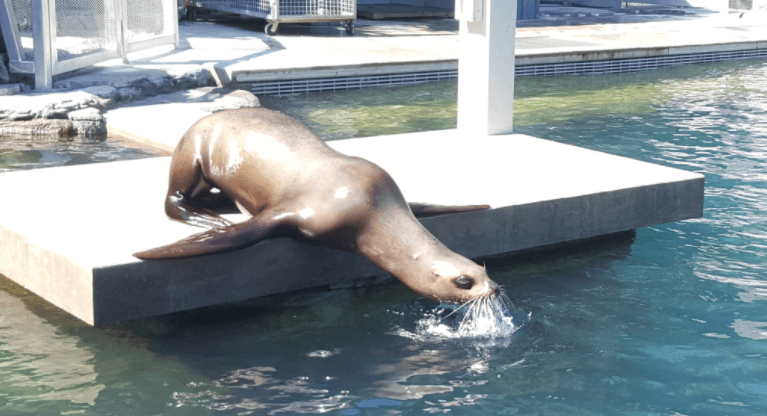 From that first volunteer position, Lasby got a job in the fish department: “I wanted to be involved in rescues, so I started volunteering at the Marine Mammal Rescue Centre (MMR), taking care of the baby seals and being part of that.”

At that point, Lasby said he was “just hooked” on marine mammals, and soon got into the marine mammal department. “Then I came to this job, which is an amazing one,” he said.

Now, 22 years after he first came on board as marine mammal trainer, Lasby considers himself lucky to have the job he does, working with – and doing research on – the Aquarium’s Steller sea lions.

And although many of those at the Aquarium are hired with “some sort of science degree,” Lasby’s route was slightly different. 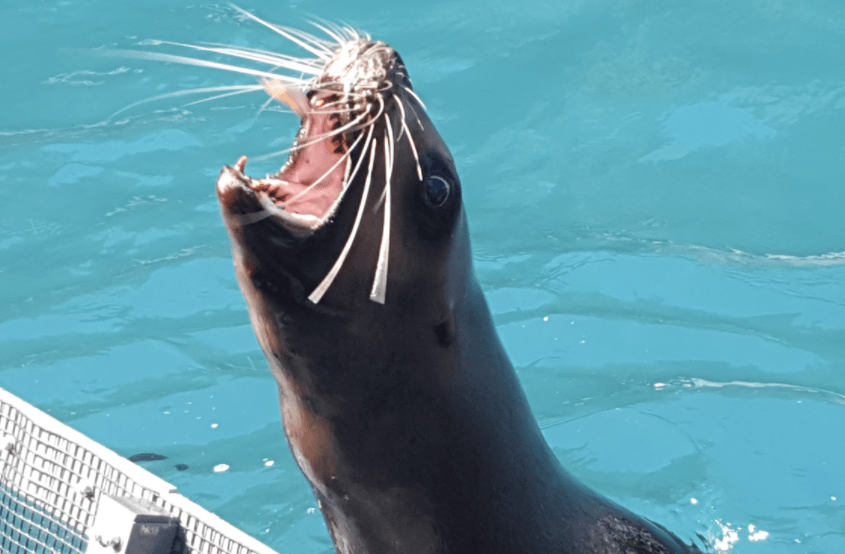 “I basically grew up here,” he said.

“It’s a job that you kind of need to learn on the job, because you’re working with very unique animals and each individual animal has its own mind.”

Different animals require different approaches and and it takes a “unique person to actually work with these animals,” he added.

For those who may themselves be interested in working as a Marine Mammal Trainer, Lasby had two pieces of advice: Stay in school, and volunteer with the Aquarium as much as possible.

Lasby’s favourite part of the job he said, is “the relationship building” with the mammals. 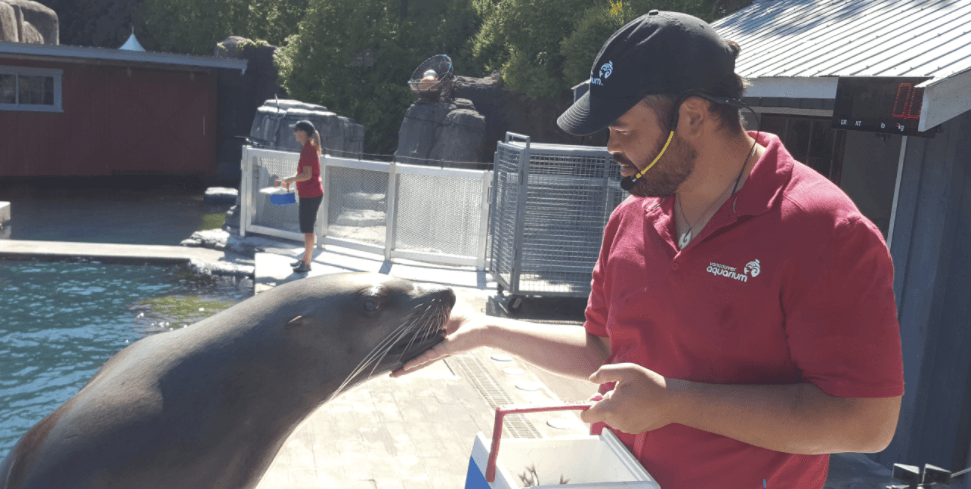 Memorable moments in his career thus far include being involved with numerous births at the Aquarium, as well as being part of a recent trip to New Brunswick where he helped rescue a stranded baby beluga whale.

Of course, like any job, there can be challenges. “It’s like working with people,” he said, of his daily interaction with the sea lions. “Personality traits are the most challenging.”

Now, thanks to a newly-opened facility at the Aquarium known as Steller’s Bay, Lasby and his colleagues are able to showcase to the public the work and research they do.

As for Izzy and Ashby, the two 14-year-old Steller sea lions that were in the facility during Daily Hive’s visit, Lasby said he’s been lucky enough to raise the pair from pups.

“Being able to to maintain that relationship with the animals is definitely a key to the success of the work we do and how amazing these animals are.” 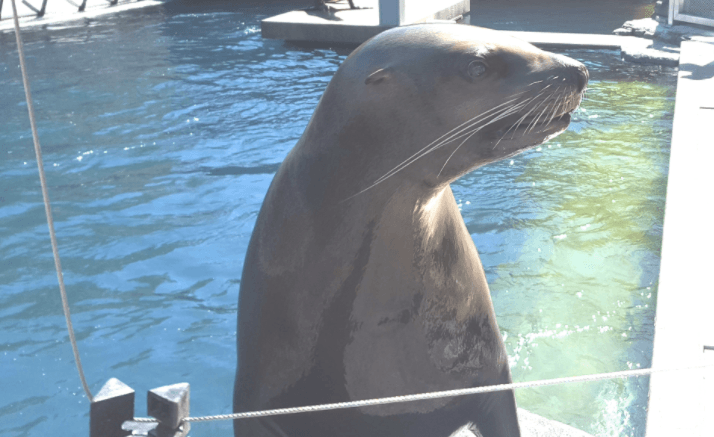 “It’s really the first habitat where we’re able to do research in front of the public,” he said.

And while it may seem like play to people in the audience, the interaction between the sea lions and the trainers is a chance for the sea lions to carefully inspect all the part of the animals to make sure they’re healthy and that everything is functioning properly. 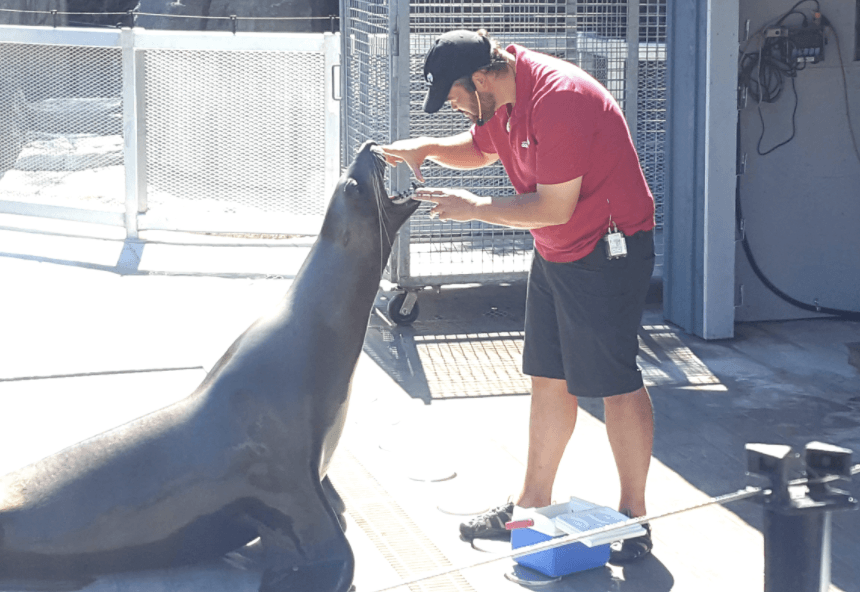 The main focus of their research he said, revolves around a “a big regime shift” in food sources for the sea lions. “The fish the animals normally rely on to get nice and fat and have pups every year is being pulled out of the ocean faster than it can replenish itself.”

The core of Lasby’s work when he started was to validate what was going on.

“Now that we know what’s going on, we can do things about it, like changing fishing laws, and further education on the effects of pollution and stuff like that,” he said.

But beyond just the research, being able to inspire the next generation of young scientists is also top-of-mind for Lasby and his colleagues. 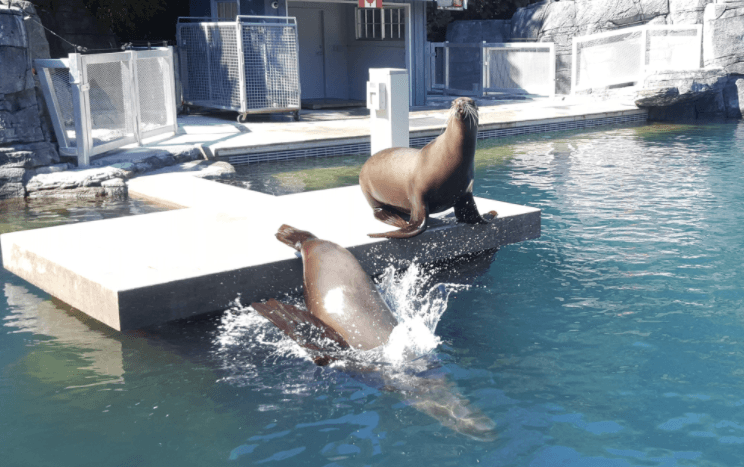