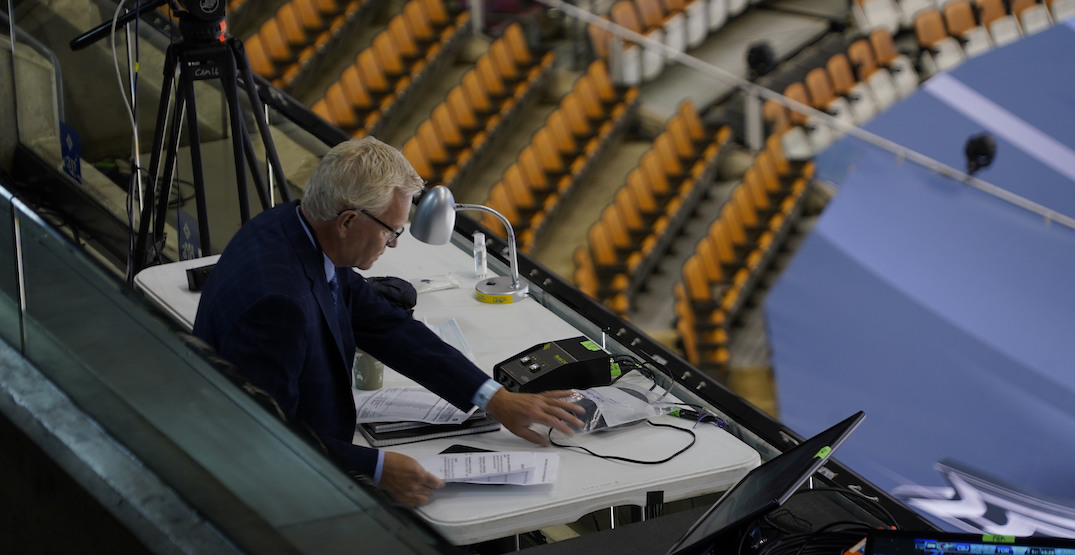 Jim Hughson won’t be calling any games on Hockey Night in Canada or any other Sportsnet broadcasts in the playoffs.

Chris Cuthbert and Craig Simpson are scheduled to broadcast the series between the Toronto Maple Leafs and Montreal Canadiens, which begins Thursday, May 20. They’ll be joined by Kyle Bukauskas, as the in-arena host.

Harnarayan Singh and Louie DeBrusk will be in the broadcast booth for the Edmonton Oilers and Winnipeg Jets series, beginning on Wednesday. Gene Principe (Edmonton) and Scott Oake (Winnipeg) will share the hosting duties for that series.

Due to the pandemic, Hughson elected not to travel this season, with the 64-year-old only calling games close to home in Vancouver. In an email to Daily Hive, a Sportsnet spokesperson confirmed that travel requirements are the reason why Hughson is sitting out.

Ron MacLean and David Amber will handle hosting duties from a studio in Toronto. They’ll be joined by a rotation of analysts, either in studio or remote, including: Elliotte Friedman, Kelly Hrudey, Kevin Bieksa, Jennifer Botterill, Anthony Stewart, and Cassie Campbell-Pascall.

The playoffs begin on Saturday, with a matchup between the Washington Capitals and Boston Bruins. Three more series begin on Sunday.