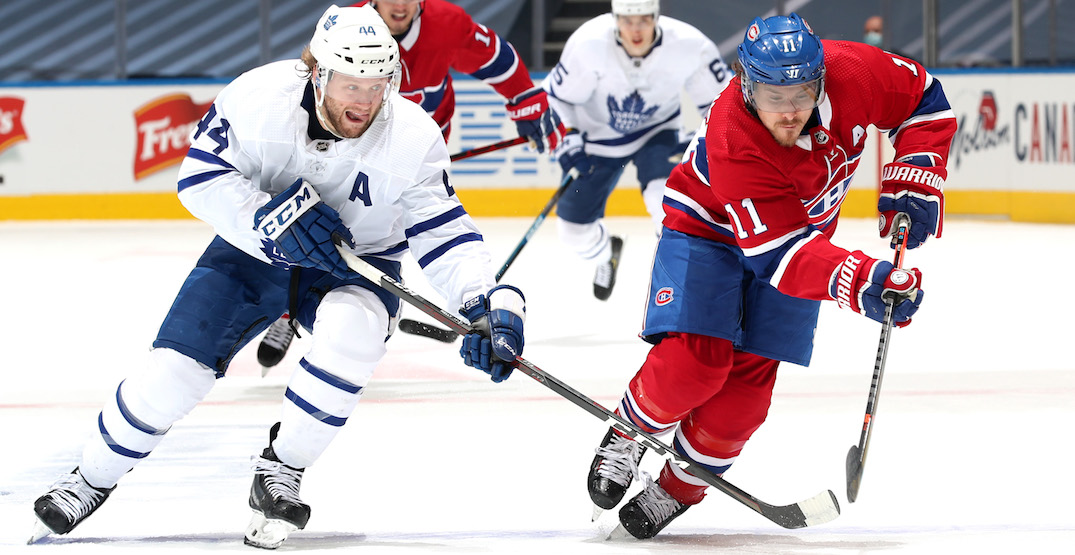 It’s the most wonderful time of year for hockey fans.

The Stanley Cup Playoffs begin on Saturday, starting with the series between the Washington Capitals and Boston Bruins — a matchup featuring Zdeno Chara against his old team.

Three more series will begin on Sunday, including the Pittsburgh Penguins versus the New York Islanders, the first-ever playoff battle of Florida between the Panthers and the Tampa Bay Lightning, and the Minnesota Wild against either the Vegas Golden Knights or the Colorado Avalanche.

The North Division doesn’t begin the postseason until Wednesday with the Edmonton Oilers and Winnipeg Jets series. The Toronto Maple Leafs and Montreal Canadiens begin their series on Thursday.

The Carolina Hurricanes and Nashville Predators kick off their series on Monday, as will the St. Louis Blues, against the Golden Knights or Avalanche.

While the regular season hasn’t ended yet, every playoff team is locked into their spot, with the exception of Vegas and Colorado. If the Avalanche wins their game against the Los Angeles Kings tonight, they’ll win the Presidents’ Trophy and play St. Louis in the first round, while Colorado will play Minnesota. If Colorado loses, then they’ll play Minnesota, and Vegas will get St. Louis — and the Presidents’ Trophy.

The first two rounds of the playoffs this year will be played entirely within each division — meaning the winner of Toronto-Montreal plays the winner of Edmonton-Winnipeg in the second round. Teams will be reseeded for the Conference Finals regardless of division, meaning it is possible to have two western teams (i.e. Edmonton and Vegas) or two eastern teams (i.e. Toronto and Boston) in the Stanley Cup Final.

Sportsnet will broadcast all games on television in Canada, with many of them also featured on Hockey Night in Canada on CBC. 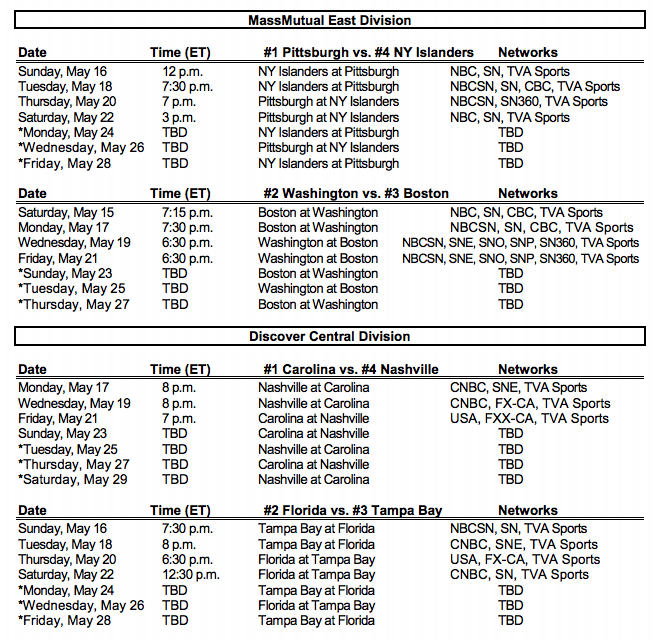 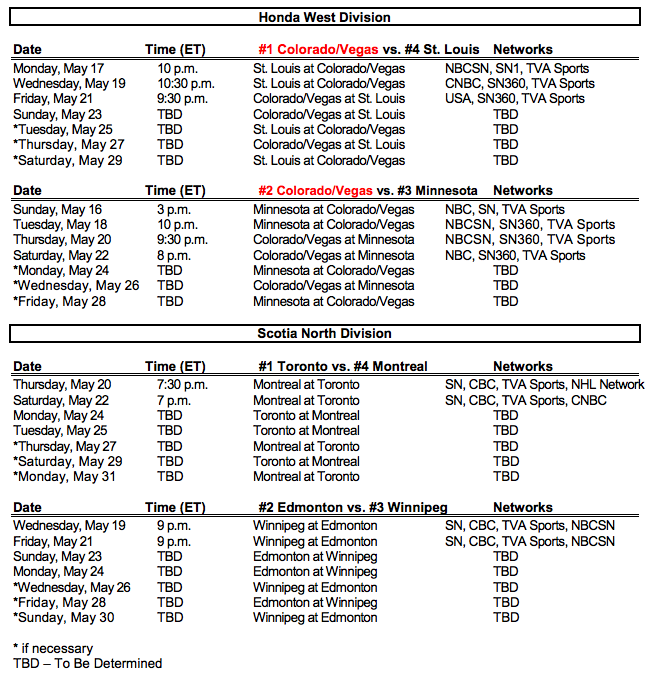