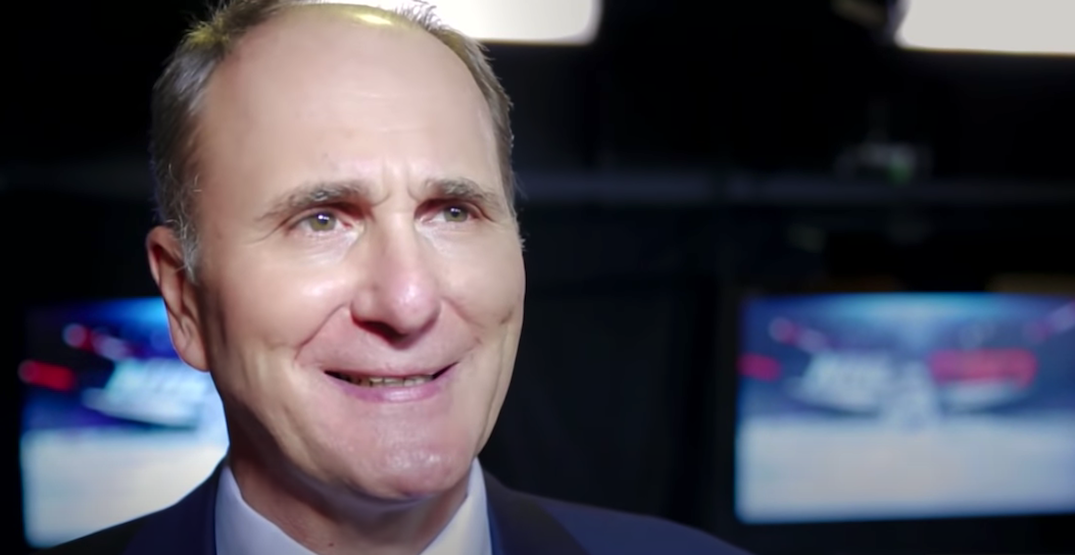 One of the best play-by-play voices in the country is jumping ship.

Back to the future! pic.twitter.com/MuP6OqnBVY

It will be a homecoming of sorts for Cuthbert, who will return to Hockey Night in Canada, where he was a fixture during his CBC days from 1984 to 2005.

Cuthbert’s most famous call came during the 2010 Olympics, as the play-by-play voice in Canada for Sidney Crosby’s “golden goal.”

“A true master of his craft, Chris’s voice has been at the centre of some of the country’s greatest hockey moments,” said Sportsnet President Bart Yabsley. “Chris’s stellar career achievements, positive attitude as a person and popularity with audiences make him a tremendous addition to our broadcast team and reinforces our commitment to delivering world-class hockey coverage across Canada. Along with hockey fans coast-to-coast, we look forward to the return of the NHL and Chris’s debut on Sportsnet.”

Cuthbert has been unable to call NHL games nationally on Canadian television ever since Sportsnet won the broadcast rights in 2013, though he has called games for NBC Sports Network in the United States in the meantime.

The move away from TSN is bad news for the CFL, as Cuthbert was the top play-by-play voice for Canadian football.

Sincere thanks to the CFL, its players coaches, staff, fans and fellow 🏈 media.
I started covering the CFL when Wally Buono was still a player. 25 Grey Cups later I’m leaving but will always be a CFL fan. I look forward to making a cross 🇨🇦 🏈 fan trip in the future.
🙏 to all!

“Sportsnet owns the #1 sports property in the country and I’ve always felt there is something special about broadcasting hockey games on Saturday nights,” said Cuthbert. “I look forward to having the opportunity and honour of contributing once again to the distinguished tradition of Hockey Night in Canada and delivering the NHL Playoffs as a member of the Sportsnet broadcast team. Along with my new colleagues, I count down the days until the puck drops again in 2020.”