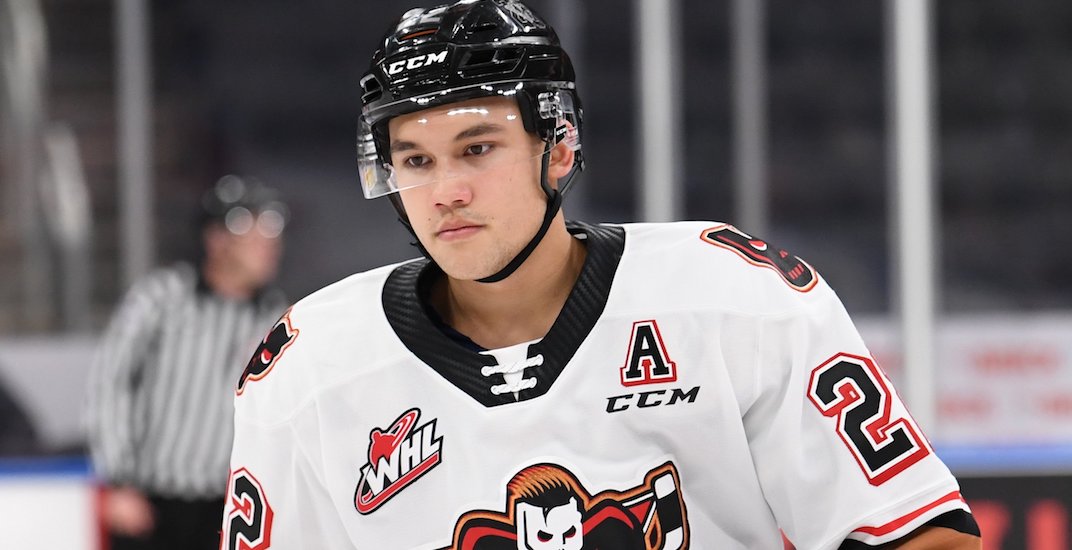 It wasn’t supposed to go this way.

Entering his fourth and final junior season, Jett Woo was expected to run roughshod over the Western Hockey League. The Vancouver Canucks’ 2018 second-round selection was a pre-season favourite to suit up for Canada at this year’s World Junior Championships. Instead, the right-shot rearguard’s play led to him failing to even receive an invite to camp. His engine has sputtered.

Jett Woo gets his first of the season and first with the Calgary Hitmen (after a review). #Canucks pic.twitter.com/qL22ovOsXu

Woo can be given some leeway for a slow start. An offseason move from Moose Jaw to Calgary meant a change in locale but also a change in teammates, coaching staff, and on-ice schemes. Even the most seasoned professionals can struggle with such transformative changes. However, as fall bleeds into winter, the high-event brand of hockey that fans became so accustomed to when watching Woo has remained dormant for long stretches.

The thing is, there isn’t a clear and straightforward answer as to why.

The 6-foot, 205-pound defenceman’s game has looked timid. After recording 66 points in 62 games in 2018-19, the offensive production has dried up to just 16 points in 30 games for the Hitmen. Historically known for his smash-mouth physical game and defensive stalwartness, even those features have become less prevalent this season.

Here is another video of the hit Moose Jaw’s Jett Woo placed on Saskatoon’s Kirby Dach on Wednesday. He received a 5 minute major, GM and a 2 game suspension. As you can see when the video slows down, the hit was placed before the puck got there. pic.twitter.com/lh2kuK84bS

Woo is playing on a less offensive team this year, and his role has been clearly defined as the safety valve. That is to say, he’s expected to be back and ready to handle oncoming rushes while his partner(s) has been given more freedom to roam.

Speaking to one WHL scout, the feeling is his overall game is fine, but he is lacking a distinguishable skill that screams top-four NHL defender. The individual posited that all of Woo’s attributes rate around 6.5. Good, but not great. That’s not what you want to see from a fourth-year player. 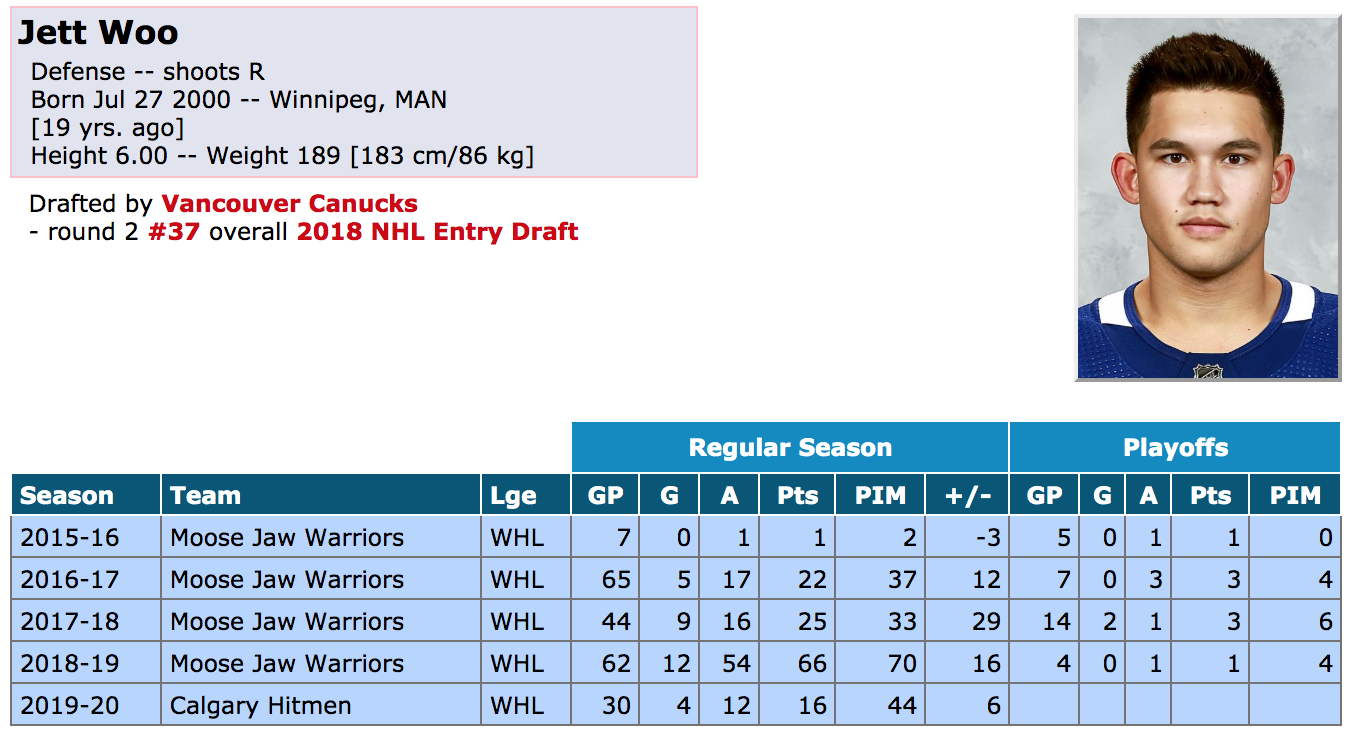 It hasn’t been all doom and gloom though.

Last week, the 19-year-old flashed the dynamic offensive game that drove his play a season ago when he went end-to-end to score a beautiful backhand goal in overtime. It was the type of assertiveness that highlighted Woo’s game in previous campaigns. He has eight points and 36 shots in his last 12 games which is the best stretch of his season — yet still behind his 2018-19 pace.

While Woo considers himself a defensive defenceman, it’s clear he has the goods to chip in offence when given the freedom to do so.

For Canucks fans, Woo represented the only chance to have a prospect to follow for Team Canada at the World Junior Championships, which begin on Boxing Day. The opportunity to see him on the big stage has passed as Woo will turn 20 before next year’s event.

Woo’s elevation to the AHL next fall will offer up a new set of challenges — ones that will likely result in further questions regarding his high-end upside. But while we await those, let’s see if his game can come around with the Hitmen in 2020.

The Winnipeg native’s engine may be sputtering now, but a little tune-up can go along way. Perhaps his exclusion from camp will be the spark he needs to continue to rediscover his two-way game. With the Canucks prospect pipeline lacking in potential impact defenders, the organization is surely hoping so.