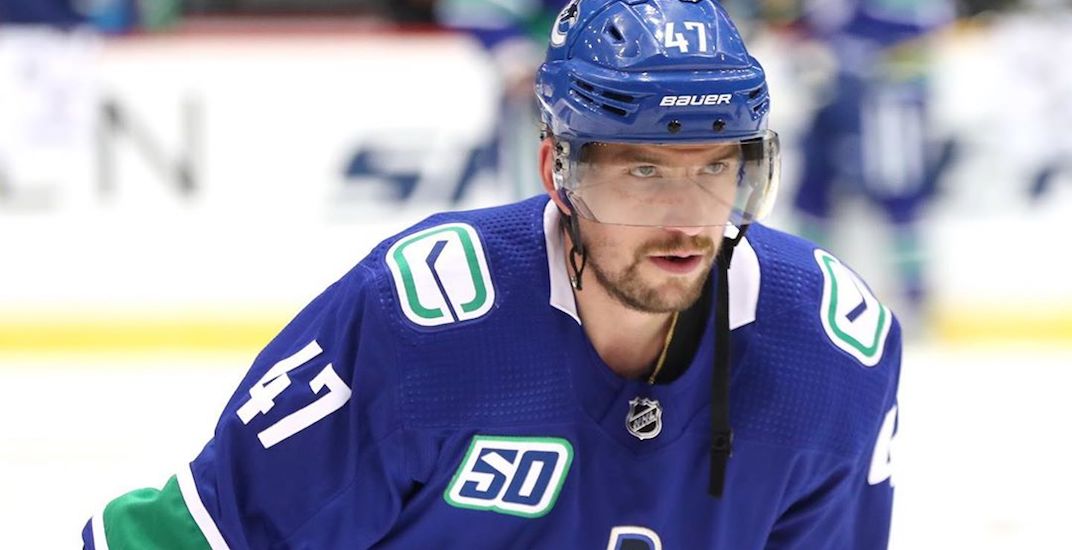 Sven Baertschi is looking for a new hockey home, according to a scoop from TSN 1040’s Rick Dhaliwal. According to the report, Baertschi’s agent Andre Rufener has permission from the Canucks to help facilitate a trade.

Rufener : I am not happy with the way this season has gone for Sven, he played well when he was in the NHL, in my opinion he did not get the opportunity he needed.’
Rufener has permission to help get his client traded, ‘we are looking for a solution ’

The 27-year-old winger has played the majority of the season in the AHL with the Utica Comets, appearing in just six games with the Canucks during a November call up.

Baertschi’s advanced stats in those six games were outstanding, as he still leads the team in Corsi-for percentage (63.93 CF%), albeit in a small sample size. He added two assists while averaging 11:49 of ice time per night, but failed to convert on some glorious scoring chances.

The Canucks were slumping during Baertschi’s call up, going 1-4-1 in the games he played, which didn’t help his case. Baertschi has been really good in Utica though, scoring 22 points (4-18-22) in 15 AHL games.

While the Canucks and Baertschi would like to find another team for him to play on, it remains to be seen if a deal can be reached. He’s passed through waivers already this season, with teams unwilling to take on his contract that counts $3.367 million annually against the cap this season and next.

To get a deal done, the Canucks will likely have to offer a sweetener in the form of a draft pick, or retain salary.