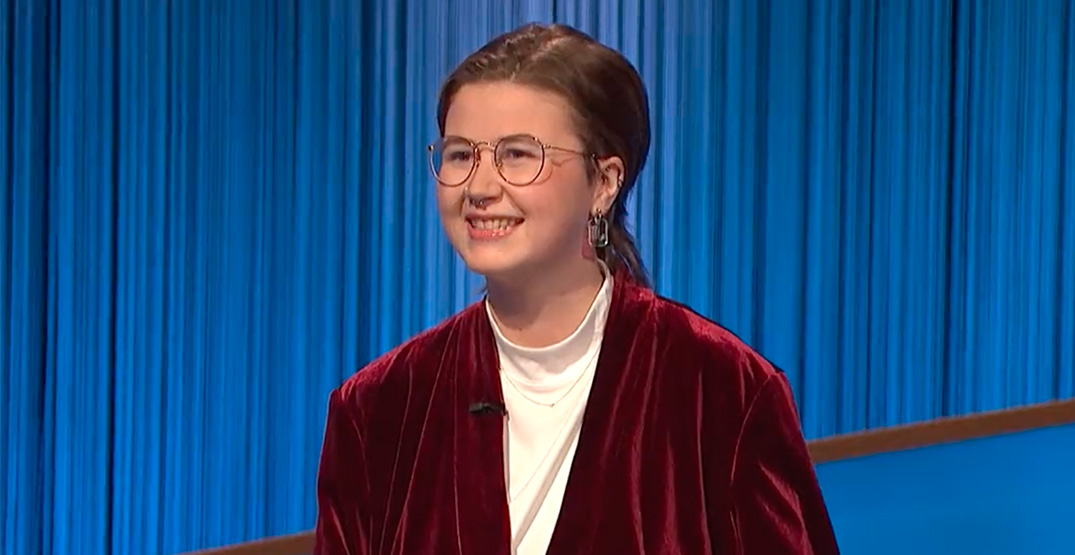 What is… killing it?!

The Halifax-born Toronto resident claimed her sixth victory on Tuesday night, finishing with $30,800 for a whopping six-show total of $148,000.

In a recent Jeopardy! blog post, Roach expanded on her plans to pay off her student loans after her first win.

“I’m going to talk to a financial advisor and see how I can invest it wisely,” she said. “It’s absolutely unbelievable, like a life-changing amount of money, for someone at my age.”

At the beginning of last night’s show, co-host Ken Jennings explained how Roach broke the “four-game curse” plaguing many contestants in recent weeks.

“So many contestants lost in their fifth game,” he said. “Thankfully, any fear of that was dispelled yesterday when our champion Mattea Roach secured her fifth win and a spot in the next tournament of champions.”

The tournament of champions (TOC) will have Roach facing some of the most successful Jeopardy! players in history, including contestants who’ve had 40-day winning streaks.

In classic, friendly Canadian fashion, the Toronto-based tutor had a humble response to making the TOC.

“I will probably lose to them. But it will be an honour to lose to them,” she told Jeopardy!.

Last night’s final Jeopardy! tested Roach’s geographic terms knowledge. The clue was “The 1964 article that gave this term its current use noted the ‘menace that haunts the Atlantic off our southeastern coast.'”

Naturally, Roach got it correct, answering the Bermuda Triangle.

The trivia queen gets to defend her title and push for a seven-day winning streak during Wednesday’s show at 7:30 pm EST.