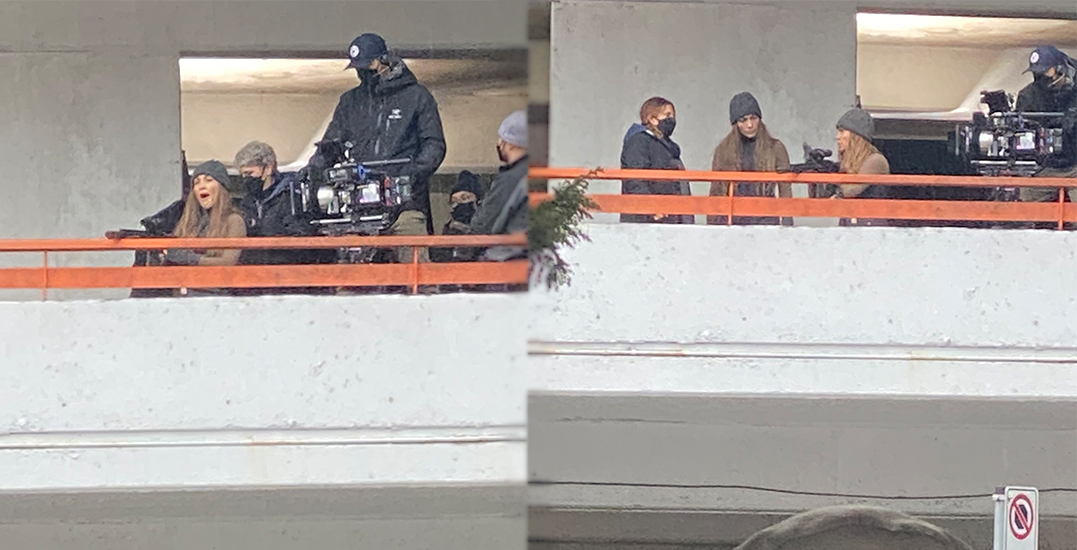 Jennifer Lopez continues to be spotted around Vancouver, as production for her upcoming Netflix film, The Mother, is underway.

Earlier this month, Lopez and crew were spotted filming near Victory Square and an EasyPark lot.

Filming continues in downtown Vancouver, but now, we’re seeing double — with what looks to be JLo’s stunt double taking part in the production.

How do you want me to shoot this bad guy, @JLo & double discussing there next scene. On a cold rainy #Vancouver day. On the set of #Mother #BENNIFER pic.twitter.com/dSpShbQSsB

Production in downtown Vancouver will continue until Friday evening.

According to a filming notice, scenes include an “outdoor birthday” where the “child gets kidnapped.”

Yes that was from today, that’s there schedule pic.twitter.com/GIWJsdk2Tk