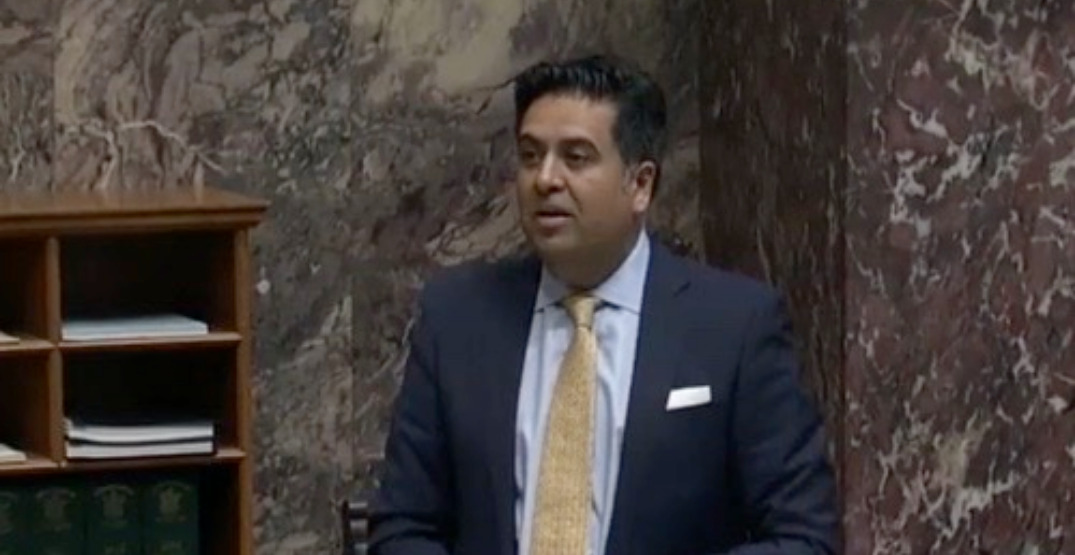 Jas Johal at BC Liberal Caucus.

Former Liberal MLA Jas Johal is returning to where it all started on CKNW Radio, as the prime-time afternoon show host.

The move comes months after the previous host, the iconic Lynda Steele, announced her resignation from the company back in June.

The new show, which runs from 3 to 6 pm, relaunches in just a few weeks on August 23.

CORUS Entertainment announced the new program would be called The Jas Johal Show in a release. This replaces the current interim program called The Afternoon Show.

While most will know Johal for his work in politics, his background in broadcasting began at CKNW thirty years ago.

CORUS describes Johal as a veteran journalist with a plethora of experience. Johal actually started at CKNW in 1991 and went on to work at BCTV as a senior reporter.

Jawn Jang will be the show’s on-air contributor.

“The Jas Johal Show is going to be a smart, connected, can’t-miss part of the afternoon for listeners across the Lower Mainland,” said Kathryn Stewart, Director, Talk and Talent, Global News Radio 980 CKNW.

“Thirty years ago this year, I began my career at CKNW. It’s great to come home, and join an amazing team of hosts, producers, and journalists who each day shine light on issues that are important to our city and province,” said Jas Johal.

“From the continued challenges posed by COVID, to forest fires in the Interior, to a potential federal election, there’s plenty to talk about. I look forward to engaging with CKNW listeners very soon.”