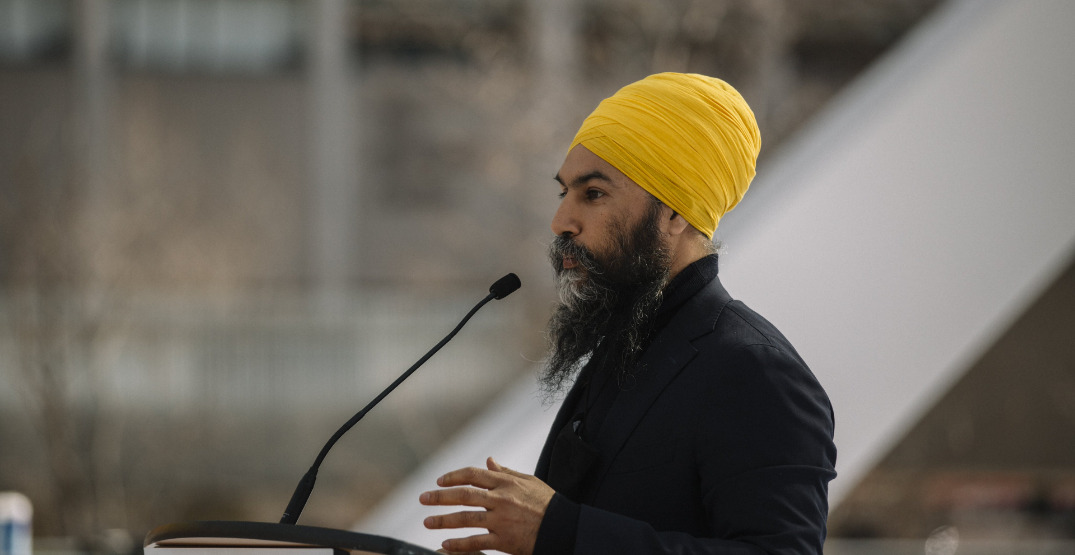 Federal NDP leader Jagmeet Singh made headlines in March when he made a deal with Prime Minister Justin Trudeau that could help Canadians get a dental care program.

The confidence-and-supply agreement signed between the two would mean the New Democrats would help keep Trudeau’s Liberal government in power until 2025 if certain conditions were met.

One of the key conditions in this plan was the provision of a dental care program and Pharmacare for all. Now, just under five months later, Singh has warned that if that does not happen, the deal is off.

Tommy Douglas did it with Medicare

Jack Layton did it with affordable housing

Now we’re using our power to deliver the biggest expansion of health care in a generation – with Dental Care and Pharmacare pic.twitter.com/kTVUxR66ta

“I made it really clear to the prime minister directly that this has to happen,” Singh said in an interview with The Toronto Star, published Monday. “There’s just no option for them. This has to happen. The deal stands on this.”

According to a document published by the Parliamentary Budget Office (PBO) in June, the budget for this is estimated at $9,036 million, which will be spent over a five-year fiscal period.

“The plan is expected to cover the costs of routine care, fluoride treatments, radiographs, sealants, and other combinations of caries treatments, dentures, and periodontics,” says the PBO.

Households with an annual income below $90,000 may take advantage of the plan, and it will gradually expand coverage. Families making less than $70,000 a year will bear no cost.

Which is why many Cdns, like Adam, can’t afford to pay over $1000 for expensive dental procedures for their children

It shouldn’t have to be this way

Dental Care is a right pic.twitter.com/LXPlWJu9kC

Singh’s stern threat to the Trudeau government comes in light of the program’s deadline being the end of this year, and eligibility expansions slated to begin next year.

He further told The Star that he believes Canadians will get the dental care they deserve on time, despite the Liberal government’s teething troubles in bringing it to fruition.