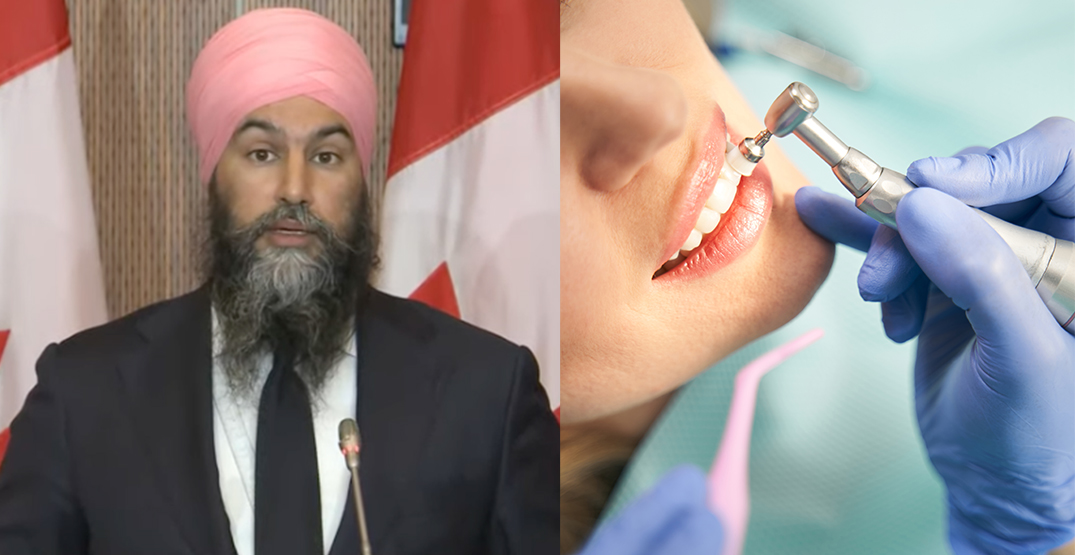 Canadians could finally get a universal dental care and Pharmacare program courtesy of a new deal between the federal Liberal government and the NDP.

Prime Minister Justin Trudeau and NDP leader Jagmeet Singh confirmed Tuesday morning that both parties had reached a confidence-and-supply agreement, which would keep the Trudeau government in power until 2025.

This means the NDP would support the minority Liberal government in upcoming confidence votes, like federal budgets, in exchange for progress on NDP priorities.

Tommy Douglas did it with Medicare

Jack Layton did it with affordable housing

Now we’re using our power to deliver the biggest expansion of health care in a generation – with Dental Care and Pharmacare pic.twitter.com/kTVUxR66ta

Two of the top priorities on the NDP’s platform are to give Canadians access to universal dental care and Pharmacare. Singh says if the Liberals fail to meet their demands, “then the deal doesn’t continue.”

What would the new dental care program look like

The new dental care program would be geared towards “low-income Canadians,” according to the federal government.

The program would cover kids under 12 years old in 2022 and then expand to include anyone under 18, seniors and people leaving with a disability in 2023. Full implementation would be reached by 2025.

“It wasn’t less than a year ago that the Liberals voted against our dental care program that we were able to put into this agreement,” noted Singh.

The federal government says its goal is to pass a “Canada Pharmacare Act” by the end of 2023, which would provide Canadians with universal Pharmacare.

“We believe that everyone should have access to medication. That’s fundamental and that’s the next step in our healthcare system,” said Singh.

The National Drug Agency would then be tasked with developing a national plan for essential medicines and bulk purchasing by the end of the agreement.

“Both parties hope that by approaching this Parliament more collaboratively, we will be able to deliver on these shared policy objectives before the next election,” said Trudeau in a media release.