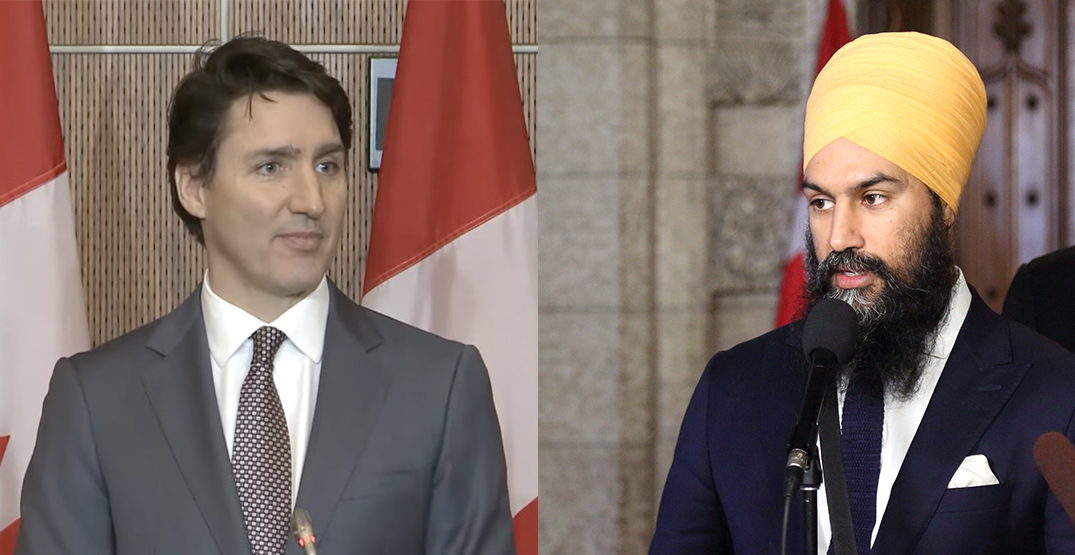 The federal Liberals have reached a deal with the NDP that would see Prime Minister Justin Trudeau’s government in power until 2025.

Trudeau confirmed the agreement during a press conference in Ottawa Tuesday morning.

“Today, I’m announcing that the Liberal Party has reached an agreement with the New Democratic Party to deliver results for Canadians now,” said the Prime Minister.

“This supply and confidence agreement starts today and will be in place until the end of this Parliament in 2025.”

Nobody benefits when increasing polarization, dysfunction, and obstruction dominate our Parliament. That’s why, today, we announced an agreement with the NDP that will make sure Parliament delivers real results for Canadians.

Known as the confidence-and-supply agreement, this means the NDP would support the minority Liberal government in upcoming confidence votes like federal budgets, in exchange for progress on NDP priorities.

“What this means is that during this uncertain time, the government can function with predictability and stability, present and implement budgets, and get things done for Canadians,” said Trudeau.

One of the top priorities on the NDP’s platform, for example, is PharmaCare and dental care, which Trudeau says is something “a number of Liberals” want to move forward with.

“These are things that fit within our universe of priorities, but are easy to move forward on in a constructive way that assures that on a broad range of issues, Parliament gets to focus on delivering for Canadians,” said the prime minister.

He added that both parties share similar objectives in key policies like cracking down on rising housing costs, taking on climate change and moving forward with Truth and Reconciliation.

“This is not a destination but a starting point, and we’re going to continue to fight. We’re not going to let the Liberals off the hook,” he told reporters.

In terms of whether the NDP’s demands will be met, Singh says there’s an “accountability mechanism” in place.

“We’ve got this document that lays out what our priorities are, and we will be evaluating every budget, every decision made with this document. It’s publicly available. People can see exactly what we fought for,” he said.

“If they fall short on what we’ve agreed to, then the deal doesn’t continue,” he added firmly.

Trudeau insists that the role of MPs will hold their government accountable by asking tough questions and demanding transparency and openness.