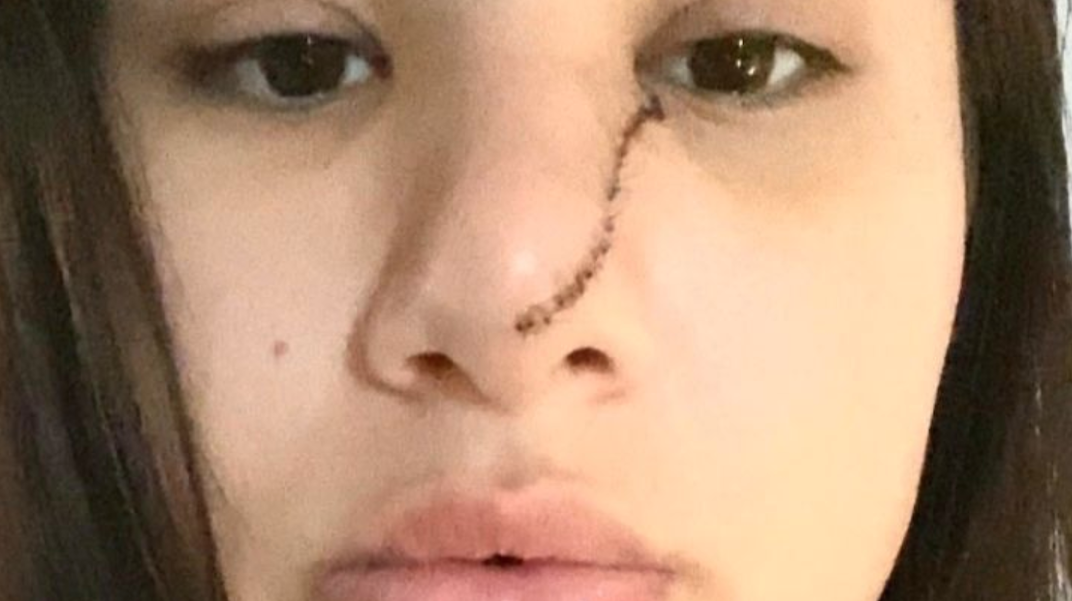 An Indigenous woman was the victim of an alleged hate crime in Vancouver last month when she was slashed in the face while on Granville Street.

Michelle Heyoka, also known by her stage name Heyoka, is a singer, songwriter, and busker in downtown Vancouver.

According to a GoFundMe page that has been set up for her, Heyoka started her night busking on Saturday, July 18, on Granville Street. When she was packing up, with several of her friends, a “group of men yelled racial slurs, and charged.”

According to VPD, they responded to a call on July 19, around 4 am, in the area of Nelson and Granville streets, for one person stabbed and the other slashed in the face after a verbal altercation.

“When police arrived on scene to investigate, Ms. Heyoka was not willing to provide a statement. As such, it was difficult for officers to investigate the assault at the time,” Visintin said in a statement to Daily Hive.

“The friend who was with her was taken to hospital for serious injuries, but is expected to recover.”

After the incident, Visintin says officers went to Heyoka’s home to continue the investigation.

“Ms. Heyoka told the officers she wanted to take matters in her own hands and investigate the incident herself. The officers gave her their business card in hopes she will accept their assistance.”

“However, until now, she has declined to participate. I’m sure you can appreciate that it is very difficult to advance an investigation of this type without statements from the victim.”

According to VPD, the file into Heyoka’s case remains open.

According to the GoFundMe campaign, Heyoka is “in need of facial reconstruction on her nose so she can go about her daily life as a mom without a constant reminder of this horrible incident.”

The link to the fundraiser can be found here.

Daily Hive reached out to Heyoka for comment but did not hear back in time before publication.