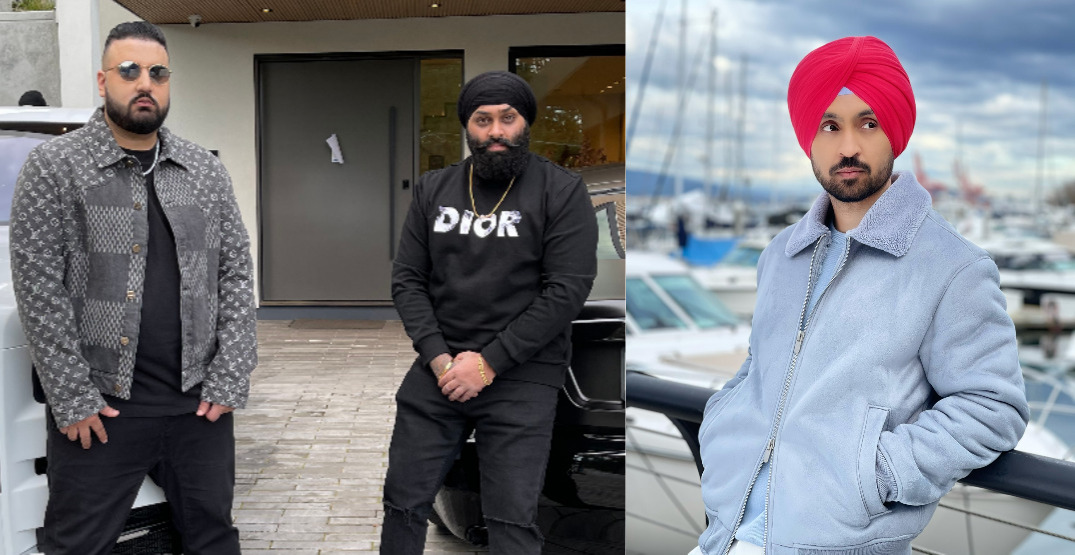 Musician and lyricist Chani Nattan, is putting Surrey, BC, on the map with a once-in-a-lifetime collaboration that represents his roots, working with the one and only Diljit Dosanjh, a legend in the Punjabi community.

Dosanjh is a world-renowned Punjabi musician, actor, and TV presenter known for his work within the Hindi and Punjabi entertainment world. Some circles have gone so far as to label him the “Indian Drake.”

“For us Punjabis, he is by far the one artist who has been timeless and crowned the greatest of all time. It’s definitely fair to consider him a Drake for us,” Nattan told Daily Hive.

Nattan is best known for his social work and for using his reach and platform to spotlight issues that directly affect the Sikh community. He’s been behind many songs that connected the Sikh community after the genocide in India in 1984.

Nattan now has another major milestone to celebrate, thanks to Punjabi music superstar Diljit Dosanjh.

“For my city, this project means so much more than just a song. My best friend Intense, who produced this track, me and him are born and brought in Surrey along with the video producer HdZd. It gives the current and next generation so much hope that we are capable of so much together.”

Dosanjh is arguably the biggest Punjabi artist in the industry, and with his collaboration on Nattan’s new track “Umbrella,” the video already has over 6 million views on YouTube since July 1.

“It’s always heartbreaking to see the stereotypes, a project like this proves it all wrong,” said Nattan.

“The Rolls-Royce comes with an umbrella equipped in the door. This song refers to that within its chorus. It doesn’t mean get out and get an expensive car. It’s meant for inspiration— the idea of being self-made and successful against all odds. The story is about doing it on your own and believing in yourself,” Nattan added.