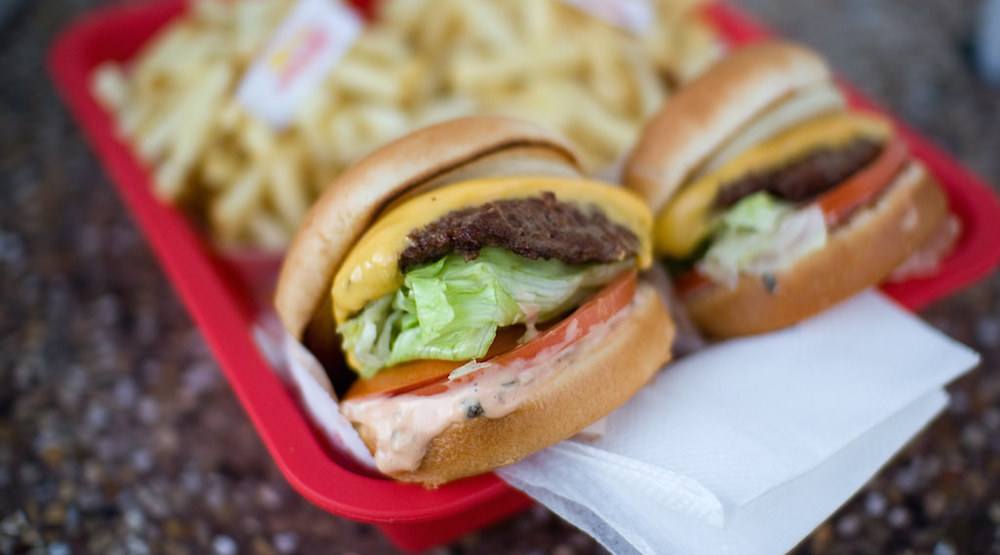 In-N-Out Burger is a rite of passage. Some may try to copy it, but there’s nothing quite like the real deal. And for one blessed day each year, the Southern Californian burger chain sets up in Metro Vancouver.

Once again, In-N-Out will have their special burger truck fired up at the annual Langley Good Times Cruise-In car event.

A massive draw for the past eight years, In-N-Out ambassadors will be flipping their delicious burgers at the fest on Saturday, September 9, 2017 in Langley.

Sorry, no crazy secret menu items like Animal Fries or Neapolitan shakes though. This event is focused on burgers and bagged chips instead of the chain’s signature fries; they just don’t fry ’em up at this event.

Well over a thousand In-N-Out burgers are expected to be consumed during the single day event in Langley. The lineups will be long, and the cookout truck will only be able to serve while supplies last. You can totally expect that people will get to the event site early just to get in line for their burgers.

All proceeds from the In-N-Out Burger truck sales will go to the Cruise-In charities.

Things are a bit different for the 2017 Cruise-In. While the Car Show (where In-N-Out operates) on the Saturday is still in Langley, the Swap Meet and Car Corral on Sunday has been forced to move to Aldergrove, so car enthusiasts, take note of the location shift.