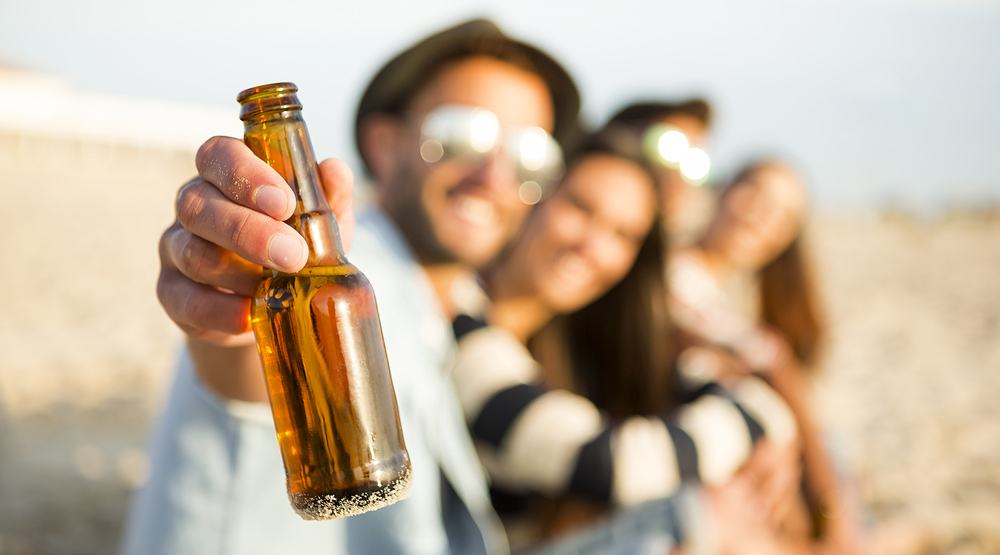 It’s fair to say that we’re finally in summer mode, the weather is cooperating and giving us some of the best beach days we’ve seen in a while. So what better way to celebrate than to crack open a cold one and enjoy the surf and sand?

Beers that work for beach days tend to be lighter, lower in alcohol and generally refreshing, meaning you can pretty much drink these all day without too much of a concern (just remember to hydrate).

Here are six BC beers that pair extremely well with beach days.

Take a sour ale, dry hop it with a bunch of cucumbers and you get this refreshing summer ale. At only 4% there’s no way it’s going to get you smashed, and the cucumber really does make this a thirst quencher.

This is an American style blonde ale that is infused with passionfruit for a crisp, tart, tropical beer. 4.5% ABV, means it’s still an very sessionable offering and one that is a seasonal favourite for many BC craft beer drinkers.

Designed specifically to enjoy with whatever you’re doing on the weekend, Weekend Plans comes in at only 3.9% so you can have a couple at the BBQ, beach or wherever. It’s a refreshingly simple Berliner-weiss that is highly crushable.

Moon Under Water: Light Side of the Moon

Maybe you just want something a little more classic. No problem, Victoria’s Moon Under Water has you covered. This unfiltered craft lager brewed with rice malts and sweet orange peel offers a dry, refreshing finish.

Last year Granville put out a Gose with nectarine, and they’ve continued the trend with a peach version this year. A sour style traditionally brewed with coriander and salt this gose offers ripe fruit notes from the peaches that round out a subtle tartness. Only 5% ABV, which makes it the highest ABV on this list.

No beach beer list would be complete without a Radler, and wouldn’t you know it, Strathcona has a lemon/mandarin radler named Beach. At 4% ABV,  it’s a blend of lemon peel, fresh mandarin juice, and beer. A light, effervescent beer that is thirst quenching and easy to drink with a tart, clean finish.