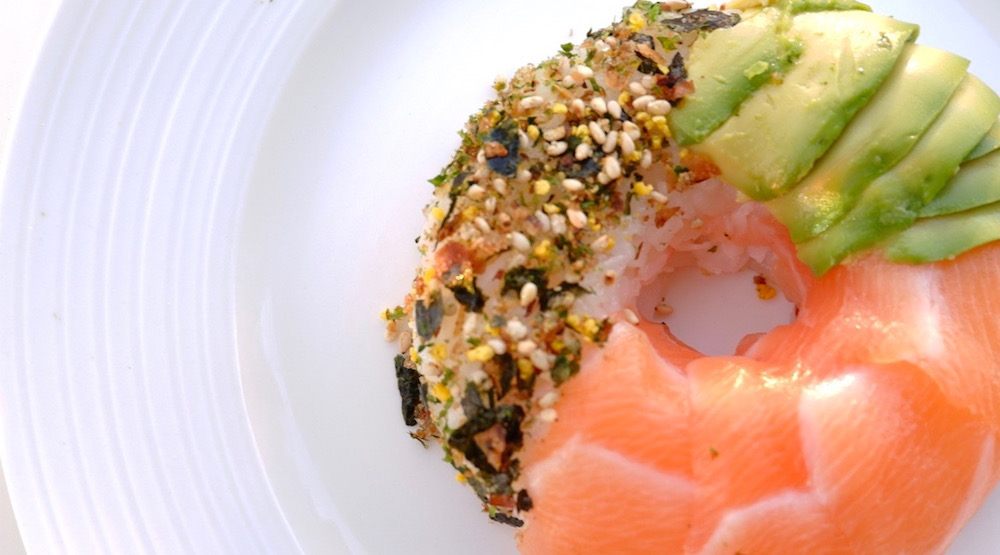 If you’ve ever been to the Chinatown Night Market, you may know that the Keefer Street event that happens every weekend in the summer is a little, well, lack-lustre…until now, that is.

The reason for this sudden uptick of excitement?

Yes, the creation we have been waiting for since we saw the media events going down in New York (you know, when every food and lifestyle blogger you followed was posting about it) are finally here and being served at one of the handful of food vendors at this local market.

You can grab one of these babies for around $6 from the Sushi Donuts vendor stand at the market, which is run by a young chef who has big ambitions for the Vancouver dining scene.

Get handcrafted sushi donut varieties such as the Rainbow Donuts and Salmon on Fire – two layers of sushi rice with crab meat and finished with aburi salmon, avocado, sesame, seaweed, and mango slices.

We may have got them a little late, but we donut mind.