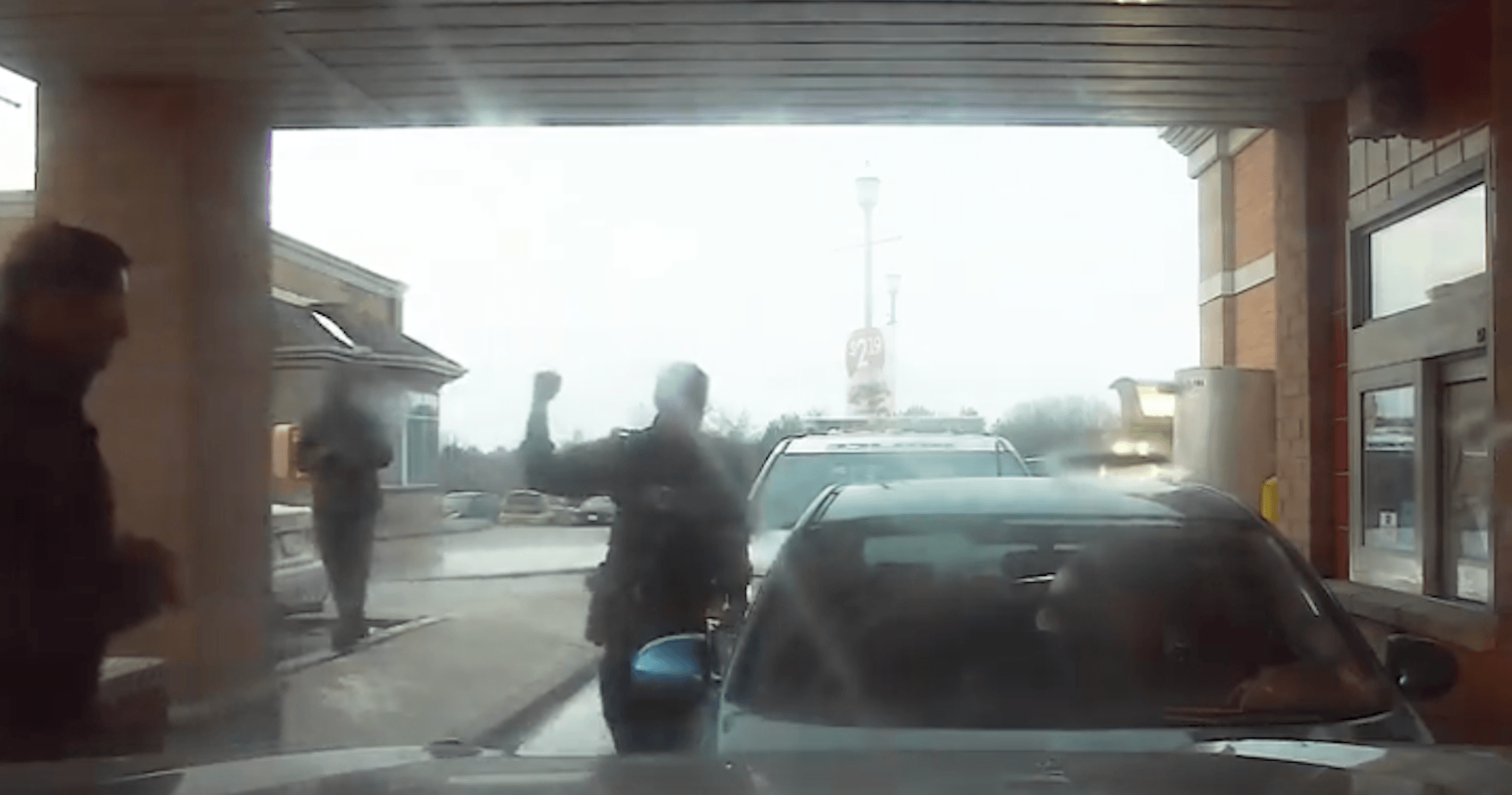 Police in Ontario say they were forced to smash a car window after officers discovered an extremely drunk driver asleep behind the wheel at a drive-thru.

According to York Regional Police, the incident happened Sunday, February 3, shortly before 5 pm, after officers were called to a Wendy’s drive-thru in the town of Aurora.

When officers arrived, they found the running vehicle pulled up to the window, with the driver asleep.

The driver failed to wake up after police knocked on the window repeatedly. Officers then resorted to smashing the passenger window. The incident was captured on video.

Officials say the driver smelled of alcohol. He was arrested and taken in for a breathalyzer test where his blood alcohol level was apparently over four times the legal limit.

In total, York Regional Police said 21 impaired drivers were removed from local roads this past week.

“The legal consequences of an impaired driving charge can include roadside vehicle impoundment and automatic driver’s licence suspension, as well as further consequences imposed by the courts, including longer licence suspensions, large fines and in some cases, jail time,” said York Regional Police in a release.

“We consider these incidents a life-threatening crime in progress and will continue to respond to these calls.”