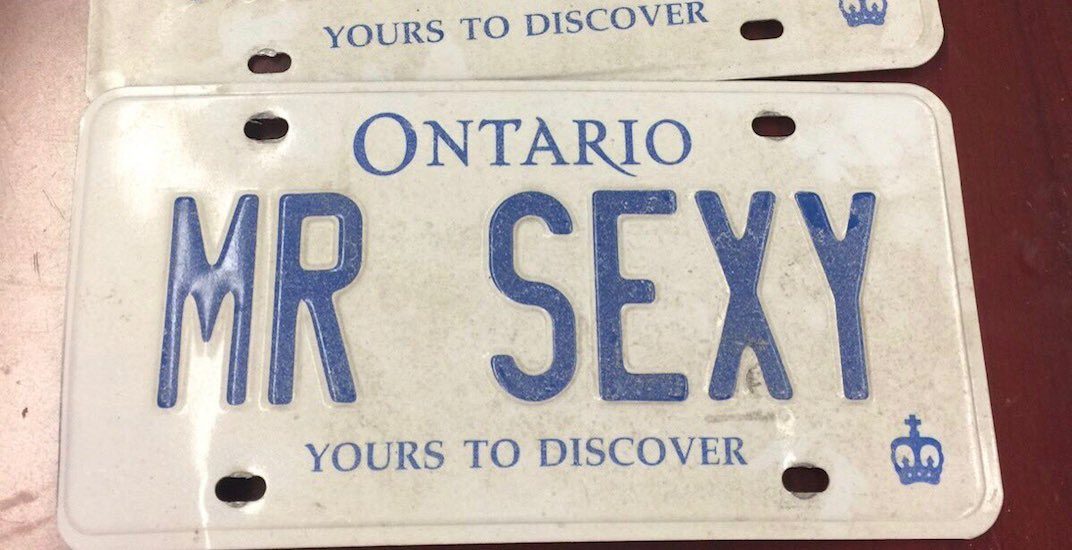 Are you the owner of ‘Mr Sexy’ license plates? If so, then the OPP is looking for you.

According to Sergeant Kerry Schmidt, provincial police have been trying to track down the lawful owner of ‘Mr Sexy’ vanity plates after they were pulled from a speeding Maserati driven by a 17-year-old without a full license over the weekend.

Sgt. Schmidt announced police were looking for the owner on Twitter on Saturday, saying the plates were “unlawfully attached to a Maserati driven by a 17-year-old G2 driver going 150 km/hr in Mississauga.”

Are these yours?….Looking for the rightful owner of #MrSexy
They were unlawfully attached to a Maserati driven by a 17 year old G2 driver going 150km/hr in Mississauga….#NotCool 🤨 pic.twitter.com/8l26r1qIXL

By Sunday, provincial police had yet to locate the proper owner of the plates, because they weren’t registered to the car they were on.

As police wait for the owner to come forward, the ministry of transportation is holding the plates.

And as you can imagine, the internet found the entire situation hilarious.

So now the plates are returned to MTO, they could now be ordered by a new Mr. Sexy?

Soooo they are up for grabs?

Would love to see the handsome devil who does the walk of shame to pick up those plates. He will likely send his wife.