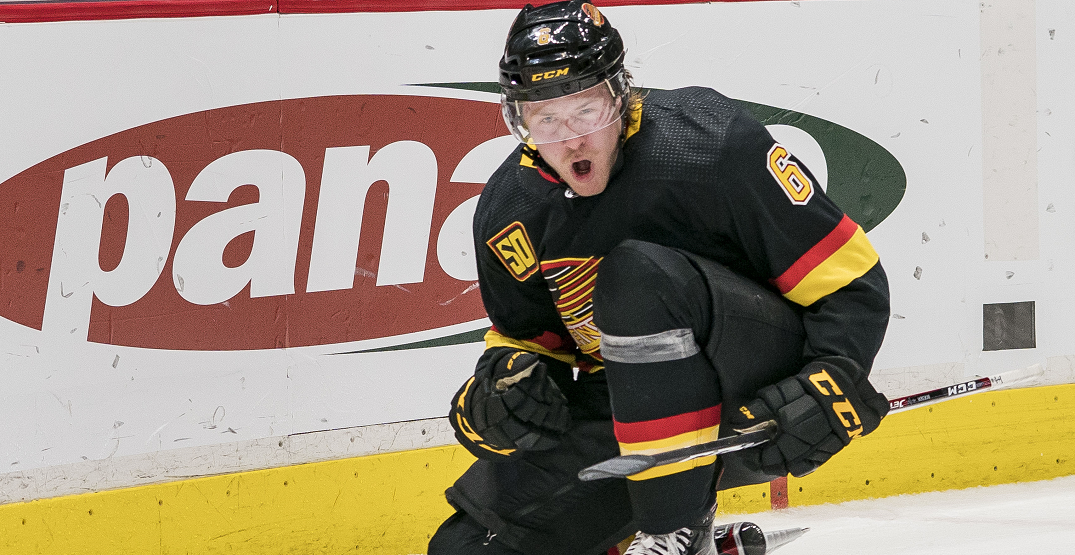 We all know the Canucks are going to qualify Brock Boeser, he’s not walking out the door for nothing. No team would be that stupid.

So there’s no news in Jim Rutherford telling Sportsnet’s Iain MacIntyre that the Canucks plan is to qualify the restricted free agent winger at $7.5 million this summer. Rick Dhaliwal has been saying that for weeks.

But Rutherford saying there’s a way to fit Boeser’s salary into next year’s roster, that does give us a hint into the Canucks’ offseason plans.

There have not been discussions on an extension as Boeser grieves the loss of his father last month. You can hear Jeff Paterson note on our show, that there isn’t much benefit in Boeser talking extension with the Canucks unless he absolutely wants to be here long term and the club is willing to step up with term and trade protection. Otherwise, he’s set to make $15 million over the next couple of seasons, and he won’t do much better than that on a longer-term deal.

Can’t see an extension happening this summer, not with a player who has had trouble staying healthy, and not with the ugly cap commitments the Canucks are holding on other players.

Easy to understand why Rutherford and GM Patrik Allvin have been so adamant about clearing cap space as a top priority. You want the cap dollars to be able to pay the likes of Boeser, not the Pearsons and Dickinsons of the world. And so this offseason might mean cleaning up the mess and revisiting players like Boeser in 2023.

If that scenario plays out, effectively, Boeser is in a bet-on-himself season, albeit at far higher compensation than most players betting on themselves. And given how distracted he must have been last year with his father being so sick, there’s probably a good chance that he improves on 23 goals and 46 games, particularly if he plays more than 70 games again.

Based on his comments to MacIntyre, Rutherford also understands that the Boeser family will have a difficult summer of grieving as they mourn their patriarch, and that trade rumours and a clouded playing future for Brock won’t help matters. And if compassionate considerations are part of the strategy here, then good on the Canucks.